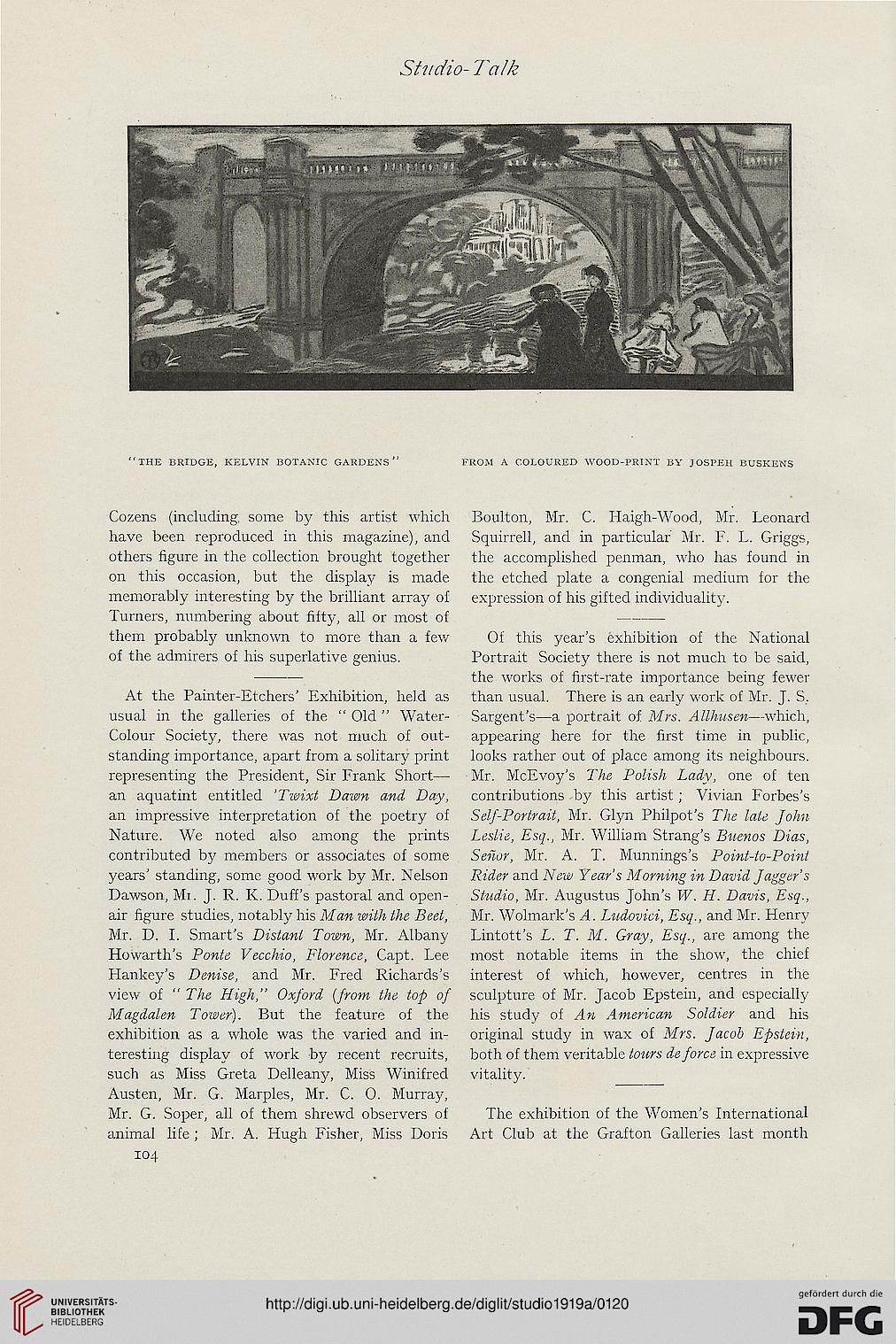 "THE BRIDGE, KELVIN BOTANIC GARDENS " FROM A COLOURED WOOD-PRINT BY JOSPEH BUSKENS

Cozens (including some by this artist which Boulton, Mr. C. Haigh-Wood, Mr. Leonard

have been reproduced in this magazine), and Squirrell, and in particular Mr. F. L. Griggs,

others figure in the collection brought together the accomplished penman, who has found in

on this occasion, but the display is made the etched plate a congenial medium for the

memorably interesting by the brilliant array of expression of his gifted individuality.

Turners, numbering about fifty, all or most of ----

of the admirers of his superlative genius. Portrait Society there is not much to be said,

-- the works of first-rate importance being fewer

At the Painter-Etchers' Exhibition, held as than usual. There is an early work of Mr. J. S.

usual in the galleries of the " Old " Water- Sargent's—a portrait of Mrs. Allhusen—which,

Colour Society, there was not much of out- appearing here for the first time in public,

standing importance, apart from a solitary print looks rather out of place among its neighbours,

an aquatint entitled 'Twixt Dawn and Day, contributions by this artist; Vivian Forbes's

an impressive interpretation of the poetry of S elf-Portrait, Mr. Glyn Philpot's The late John

contributed by members or associates of some Senor, Mr. A. T. Munnings's Point-to-Point

Hankey's Denise, and Mr. Fred Richards's interest of which, however, centres in the

view of " The High," Oxford (from the top of sculpture of Mr. Jacob Epstein, and especially

Magdalen Tower). But the feature of the his study of An American Soldier and his

exhibition as a whole was the varied and in- original study in wax of Mrs. Jacob Epstein,

teresting display of work by recent recruits, both of them veritable tours de force in expressive

Mr. G. Soper, all of them shrewd observers of The exhibition of the Women's International