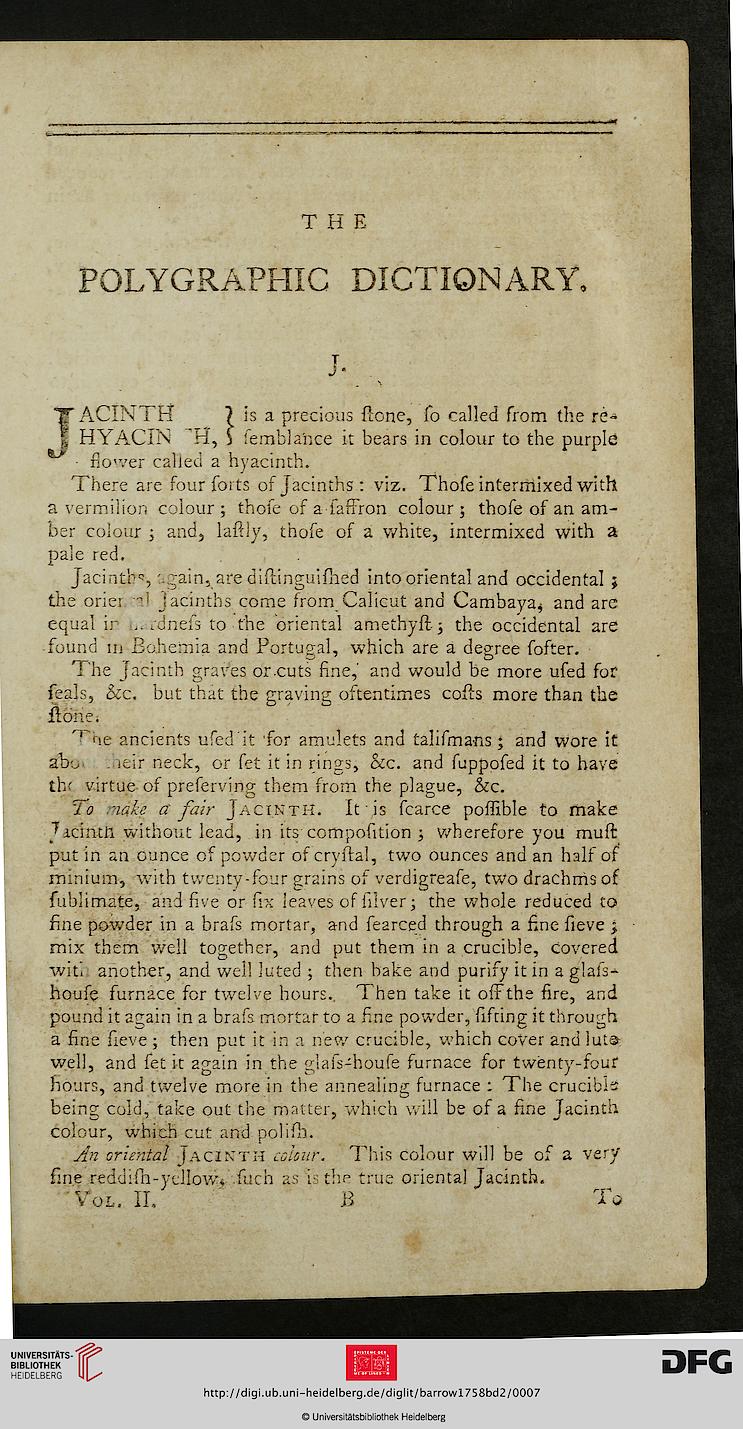 Information about OCR text
THE

Jacinth*, again, arediflinguifhed intooriental and occidental ;
the oriei «1 jacinths come from Calicut and Cambaya^ and arc
equal ir u. rdnefs to the oriental amethyft. j the occidental are
found m Bohemia and Portugal, which are a degree fofter.

The Jacinth graves or .cuts fine, and would be more ufed for
feals, &c. but that the graving oftentimes cofh more than the
flone.

T-He ancients ufed it 'for amulets and talifmans; and wore it
abo . iei'r neck, or fet it in rings, &c. and fuppofed it to have
the virtue of preferving them from the plague, &c.

To ■•-take a fair Jacinth. It is fcarce poffible to make
Jacintft without lead, in its compofition ; wherefore you muft
put in an ounce of powder of cryftal, two ounces and an half of
minium, with twenty-four grains of verdigreafe, two drachms of
fublimate, and five or fix leaves of filver; the whole reduced to
fine powder in a brafs mortar, and fearced through a fine fieve ;
mix them well together, and put them in a crucible, covered
witi: another, and well luted ; then bake and purify it in a glafs-1-
houfe furnace for twelve hours. Then take it off the fire, and
pound it again in a brafs mortar to a fine powder, fifting it through
a fine fieve ; then put it in a new crucible, which cover and luta
well, and fet it a^ain in the Grlafs-houfe furnace for twenty-four

hours, and twelve more in the annealing furnace : The crucible
being cold, take out the matter, which will be of a fine Jacinth-
colour, which cut and polifh.