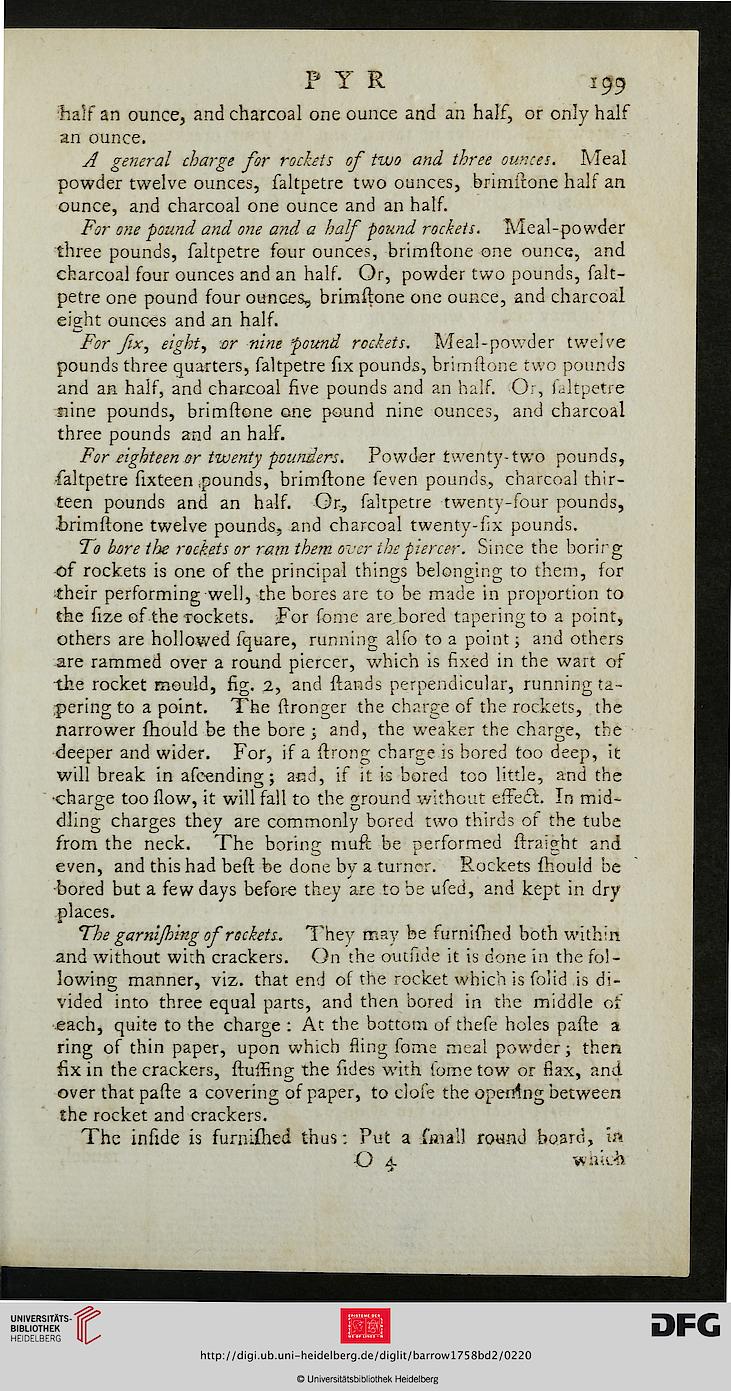 half an ounce, and charcoal one ounce and an half, or only half
an ounce.

A general charge for rockets of two and three ounces. Meal
powder twelve ounces, faltpetre two ounces, brimftone half an
ounce, and charcoal one ounce and an half.

To bore tlx rockets or ram them over the piercer. Since the borirg
•of rockets is one of the principal things belonging to them, for
their performing well, the bores are to be made in proportion to
the fize of the rockets. For fome are.bored tapering to a point,
others are hollowed fquare, running alfo to a point; and others
are rammed over a round piercer, which is fixed in the wart of
the rocket mould, fig. 2, and Hands perpendicular, running ta-
pering to a point. The ftronger the charge of the rockets, the
narrower fhould be the bore -} and, the weaker the charge, the
deeper and wider. For, if a ftrong charge is bored too deep, it
will break in afcending; and, if it is bored too little, and the
•charge too flow, it will fall to the ground without effect. In mid-
dling charges they are commonly bored two thirds of the tube
from the neck. The boring mufti be performed ftraight and
even, and this had beft be done bv a turner. Rockets fhould be
bored but a few days before they are to be ufed, and kept in dry
places.

The garnijhing of rockets. They may be furnifned both within
and without wkh crackers. On the outride it is done in the fol-
lowing manner, viz. that end of the rocket which is folid is di-
vided into three equal parts, and then bored in the middle of
each, quite to the charge : At the bottom of thefe holes pafte a
ring of thin paper, upon which fling fome meal powder; then
fix in the crackers, fluffing the fides with fome tow or flax, and
over that pafte a covering of paper, to clofe the opening between
the rocket and crackers.