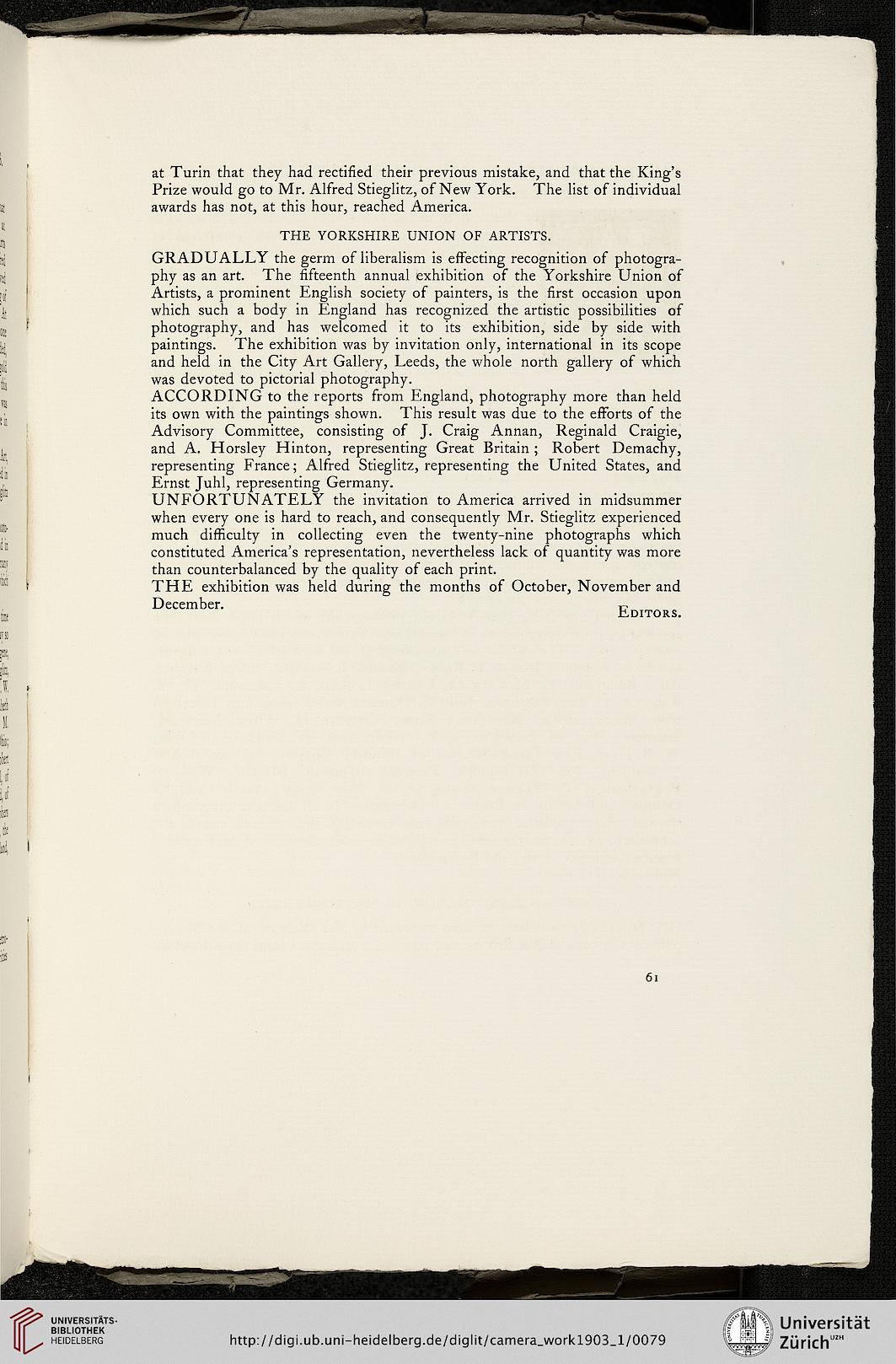 Information about OCR text
A manually made transcription or edition is also available for this page. Please change to the tab "transrciption" or "edition."
at Turin that they had rectified their previous mistake, and that the King's
Prize would go to Mr. Alfred Stieglitz, of New York. The list of individual
awards has not, at this hour, reached America.

THE YORKSHIRE UNION OF ARTISTS.
GRADUALLY the germ of liberalism is effecting recognition of photogra-
phy as an art. The fifteenth annual exhibition of the Yorkshire Union of
Artists, a prominent English society of painters, is the first occasion upon
which such a body in England has recognized the artistic possibilities of
photography, and has welcomed it to its exhibition, side by side with
paintings. The exhibition was by invitation only, international in its scope
and held in the City Art Gallery, Leeds, the whole north gallery of which
was devoted to pictorial photography.
ACCORDING to the reports from England, photography more than held
its own with the paintings shown. This result was due to the efforts of the
Advisory Committee, consisting of J. Craig Annan, Reginald Craigie,
and A. Horsley Hinton, representing Great Britain ; Robert Demachy,
representing France; Alfred Stieglitz, representing the United States, and
Ernst Juhl, representing Germany.
UNFORTUNATELY the invitation to America arrived in midsummer
when every one is hard to reach, and consequently Mr. Stieglitz experienced
much difficulty in collecting even the twenty-nine photographs which
constituted America's representation, nevertheless lack of quantity was more
than counterbalanced by the quality of each print.
THE exhibition was held during the months of October, November and
December.
Editors.