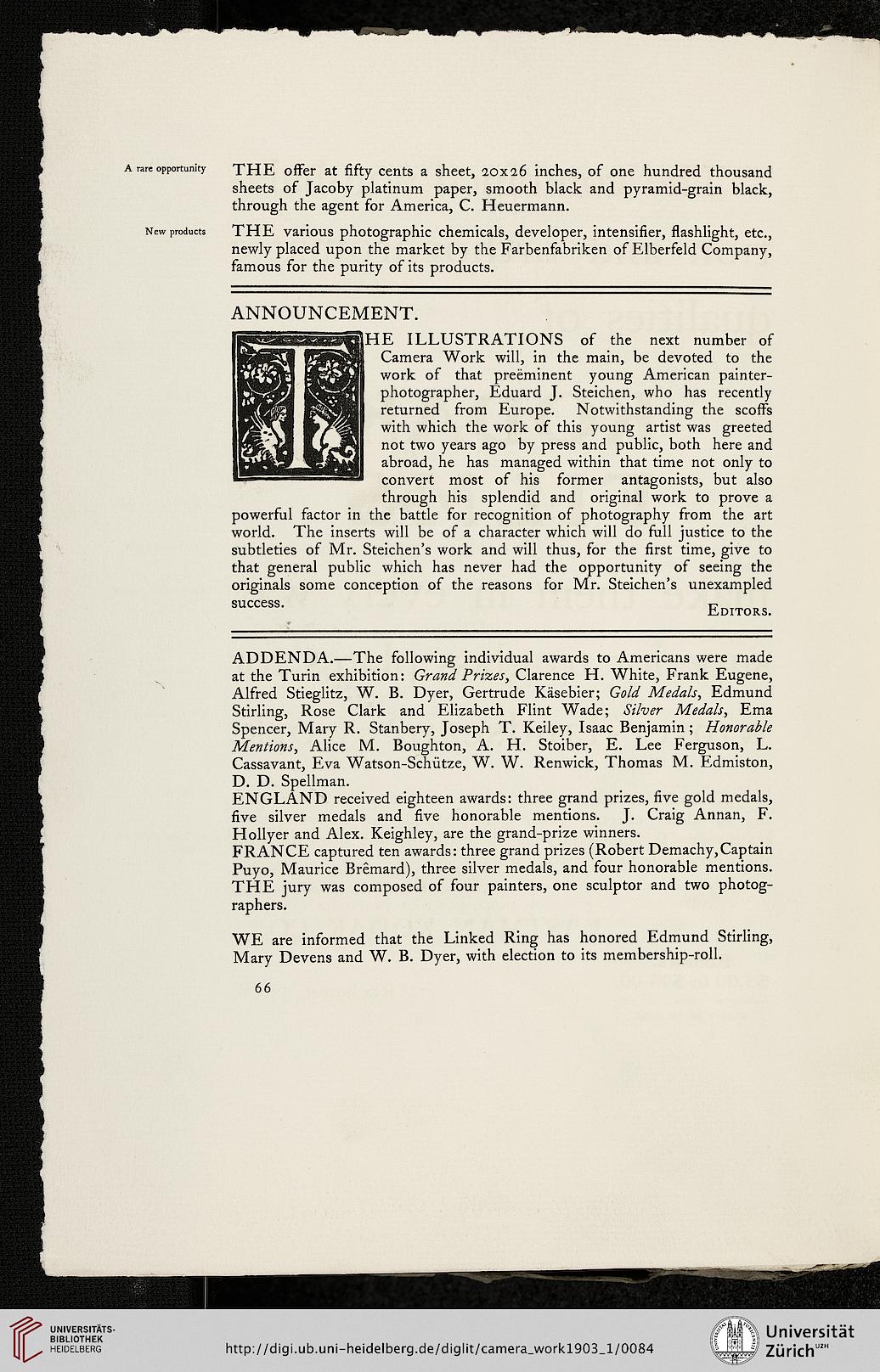 Information about OCR text
A manually made transcription or edition is also available for this page. Please change to the tab "transrciption" or "edition."
A rare opportunity

THE offer at fifty cents a sheet, 20x26 inches, of one hundred thousand
sheets of Jacoby platinum paper, smooth black and pyramid-grain black,
through the agent for America, C. Heuermann.
THE various photographic chemicals, developer, intensifier, flashlight, etc.,
newly placed upon the market by the Farbenfabriken of Elberfeld Company,
famous for the purity of its products.

THE ILLUSTRATIONS of the next number of
Camera Work will, in the main, be devoted to the
work of that preëminent young American painter-
photographer, Eduard J. Steichen, who has recently
returned from Europe. Notwithstanding the scoffs
with which the work of this young artist was greeted
not two years ago by press and public, both here and
abroad, he has managed within that time not only to
convert most of his former antagonists, but also
through his splendid and original work to prove a
powerful factor in the battle for recognition of photography from the art
world. The inserts will be of a character which will do full justice to the
subtleties of Mr. Steichen’s work and will thus, for the first time, give to
that general public which has never had the opportunity of seeing the
originals some conception of the reasons for Mr. Steichen’sunexampled
success. Editors.