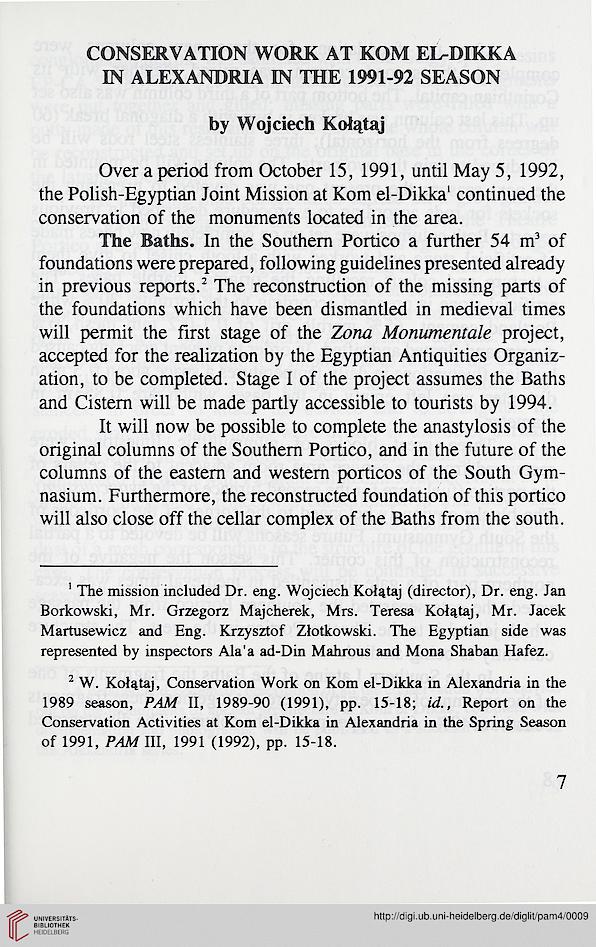 by Wojciech Kdqtaj
Over a period from October 15, 1991, until May 5, 1992,
the Polish-Egyptian Joint Mission at Kom el-Dikka' continued the
conservation of the monuments located in the area.
The Baths. In the Southern Portico a further 54 nr* of
foundations were prepared, following guidelines presented already
in previous reports.^ The reconstruction of the missing parts of
the foundations which have been dismantled in medieval times
will permit the first stage of the Zontz project,
accepted for the realization by the Egyptian Antiquities Organiz-
ation, to be completed. Stage I of the project assumes the Baths
and Cistern will be made partly accessible to tourists by 1994.
It will now be possible to complete the anastylosis of the
original columns of the Southern Portico, and in the future of the
columns of the eastern and western porticos of the South Gym-
nasium. Furthermore, the reconstructed foundation of this portico
will also close off the cellar complex of the Baths from the south.