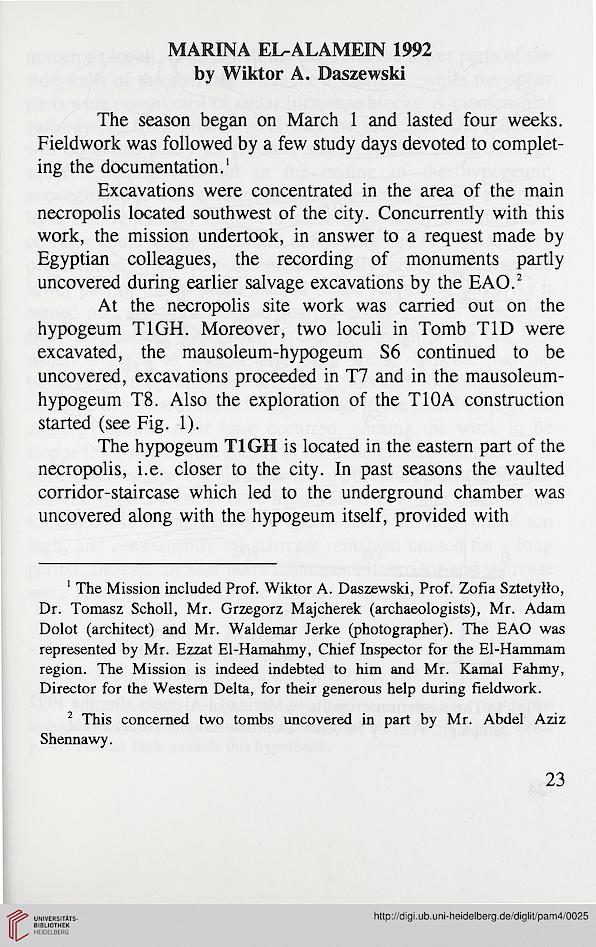 The season began on March 1 and lasted four weeks.
Fieldwork was followed by a few study days devoted to complet-
ing the documentation.'
Excavations were concentrated in the area of the main
necropolis located southwest of the city. Concurrently with this
work, the mission undertook, in answer to a request made by
Egyptian colleagues, the recording of monuments partly
uncovered during earlier salvage excavations by the EAO.^
At the necropolis site work was carried out on the
hypogeum T1GH. Moreover, two loculi in Tomb T1D were
excavated, the mausoleum-hypogeum S6 continued to be
uncovered, excavations proceeded in T7 and in the mausoleum-
hypogeum T8. Also the exploration of the T10A construction
started (see Fig. 1).
The hypogeum T1GH is located in the eastern part of the
necropolis, i.e. closer to the city. In past seasons the vaulted
corridor-staircase which led to the underground chamber was
uncovered along with the hypogeum itself, provided with