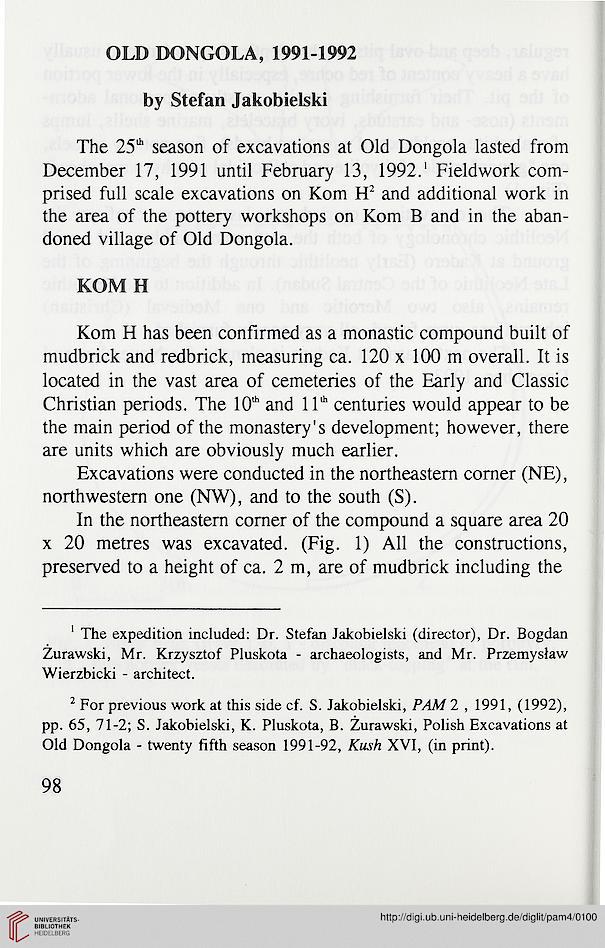 by Stefan Jakobielski
The 25* season of excavations at Old Dongola lasted from
December 17, 1991 until February 13, 1992.' Fieldwork com-
prised full scale excavations on Kom IT and additional work in
the area of the pottery workshops on Kom B and in the aban-
doned village of Old Dongola.
KOMH
Kom H has been confirmed as a monastic compound built of
mudbrick and redbrick, measuring ca. 120 x 100 m overall. It is
located in the vast area of cemeteries of the Early and Classic
Christian periods. The 10* and 11* centuries would appear to be
the main period of the monastery's development; however, there
are units which are obviously much earlier.
Excavations were conducted in the northeastern comer (NE),
northwestern one (NW), and to the south (S).
In the northeastern comer of the compound a square area 20
x 20 metres was excavated. (Fig. 1) All the constructions,
preserved to a height of ca. 2 m, are of mudbrick including the