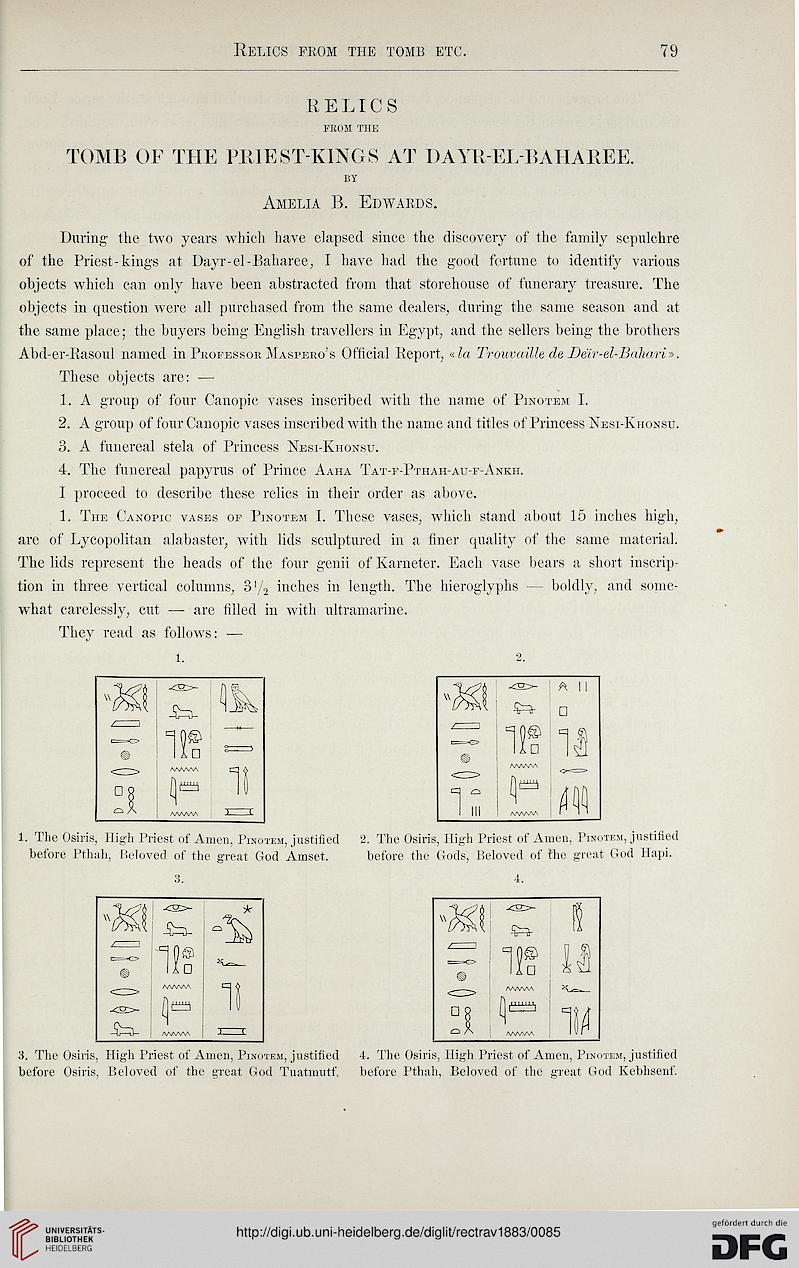 During the two years which have elapsed since tlie discovery of the family sepulchre
of the Priest-kings at Dayr-el-Baharee; I have had the good fortune to identify varioûs
objects which can only have been abstracted frorn that storehouse of fimerary treasure. The
objects in question were ail purchased from the same dealers, during the same season and at
the same place; the buyers being English travellers in Egypt, and the sellers being the brothers
Abd-er-Rasoul named in ProfessorMaspero's Officiai Report, «la Trouvaille de Deïr-el-BaJiari».

1. A group of four Canopic vases inscribed with the name of Pinotem I.

2. A group of four Canopic vases inscribed with the name and titles of Princess Nesi-Khonsu.

3. A funereal stela of Princess Nesi-Khonsu.

4. The funereal papyrus of Prince Aaha Tat-f-Pthah-au-f-Ankh.
I proceed to describe thèse relies in their order as above.

1. The Canopic vases of Pinotem I. Thèse vases, which stand about 15 inches high,
are of Lycopolitan alabaster, with lids sculptured in a finer quality of the same material.
The lids represent the heads of the four genii ofKarneter. Each vase bears a short inscrip-
tion in three vertical columns, 3'/2 inches in length. The hieroglyphs — boldly, and some-
what carelessly, eut — are filled in with ultramarine.

They read as follows: —