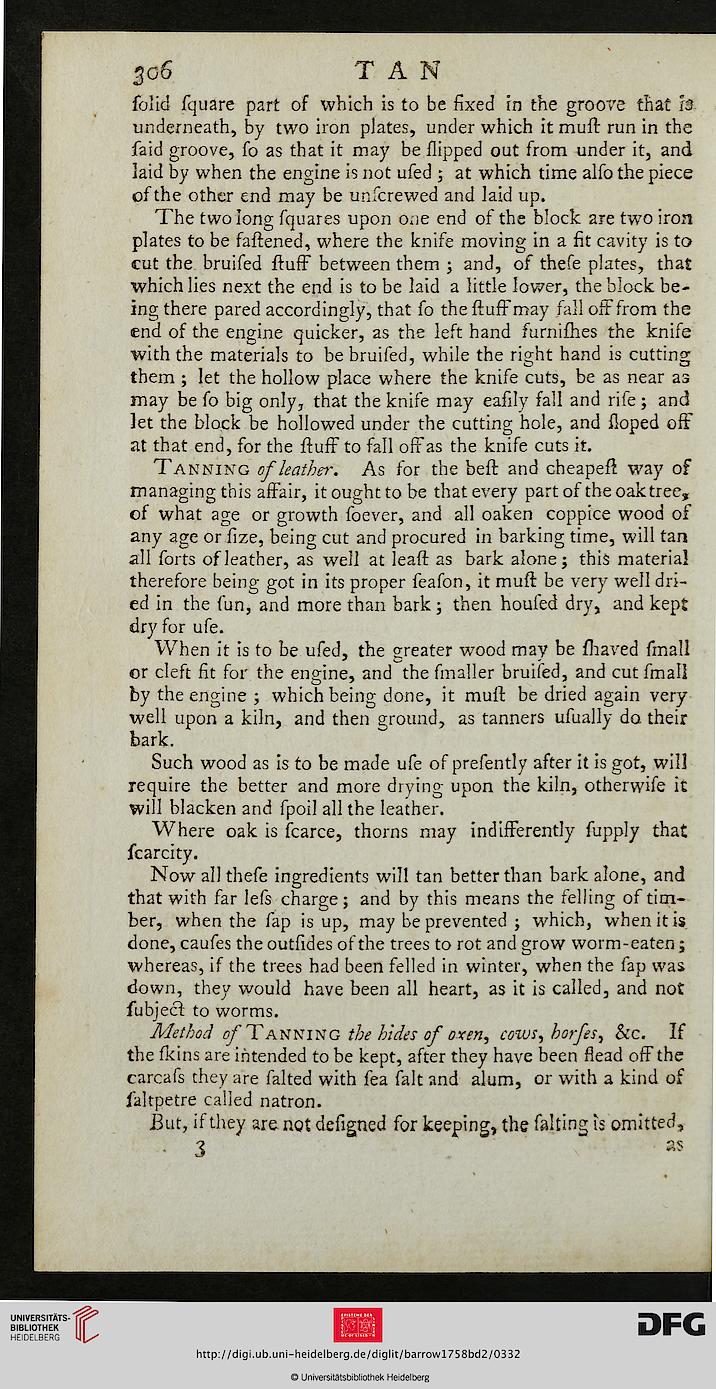 folic! fquare part of which is to be fixed in the groove that fa
underneath, by two iron plates, under which it muft run in the
faid groove, fo as that it may be flipped out from under it, and
laid by when the engine is not ufed ; at which time alfo the piece
of the other end may be unfcrewed and laid up.

The two long fquares upon o.ie end of the block are two iron
plates to be fafiened, where the knife moving in a fit cavity is to
cut the bruifed ftuff between them ; and, of thefe plates, that
which lies next the end is to be laid a little lower, the block be-
ing there pared accordingly, that fo the ftuff may fall off from the
end of the engine quicker, as the left hand furnifhes the knife
with the materials to be bruifed, while the right hand is cutting
them ; let the hollow place where the knife cuts, be as near as
may be fo big only, that the knife may eafily fall and rife; and
let the block be hollowed under the cutting hole, and Hoped off
at that end, for the fluff to fall off as the knife cuts it.

Tanning of leather. As for the bell: and cheapeft way of
managing this affair, it ought to be that every part of the oak tree,
of what age or growth foever, and all oaken coppice wood of
any age or fize, being cut and procured in barking time, will tan
all forts of leather, as well at leaft as bark alone; this material
therefore being got in its proper feafon, it muft be very well dri-
ed in the fun, and more than bark; then houfed dry, and kept
dry for ufe.

When it is to be ufed, the greater wood may be fhaved fmall
or cleft fit for the engine, and the fmaller bruifed, and cut fmall
by the engine ; which being done, it muft be dried again very
well upon a kiln, and then ground, as tanners ufually do their
bark.

Such wood as is to be made ufe of prefently after it is got, will
require the better and more drying upon the kiln, otherwife it
will blacken and fpoil all the leather.

Where oak is fcarce, thorns may indifferently fupply that
fcarcity.

Now all thefe ingredients will tan better than bark alone, and
that with far lefs charge; and by this means the felling of tim-
ber, when the fap is up, may be prevented ; which, when it is
done, caufes the outfides of the trees to rot and grow worm-eaten;
whereas, if the trees had been felled in winter, when the fap was
down, they would have been all heart, as it is called, and not
fubjecl to worms.

Method of Tanning the hides of oxen, cows, horfes, Sec. If
the fkins are intended to be kept, after they have been Mead off the
carcafs they are falted with fea fait and alum, or with a kind of
faltpetre called natron.

But, if they are not defigned for keeping, the faltins is omitted,
• 3 "as