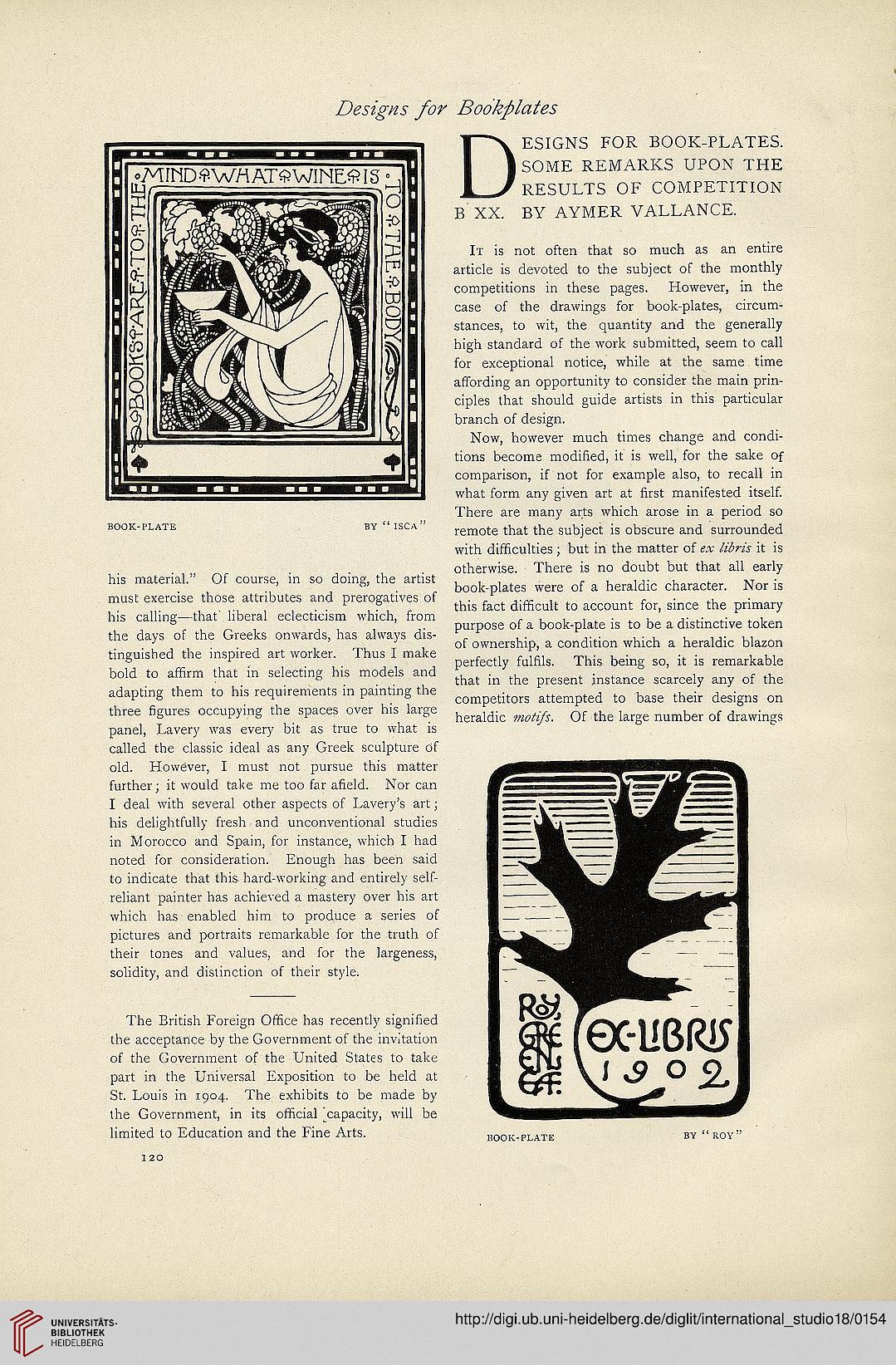 
his material." Of course, in so doing, the artist
must exercise those attributes and prerogatives of
his caliing—that iiberai eciecticism which, from
the days of the Greeks onwards, has aiways dis-
tinguished the inspired art worker. Thus I make
bold to afhrm that in selecting his models and
adapting them to his requirements in painting the
three hgures occupying the spaces over his large
panel, Lavery was every bit as true to what is
called the classic ideal as any Greek sculpture of
old. However, I must not pursue this matter
further; it would take me too far afield. Nor can
I deal with several other aspects of Lavery's art;
his delightfully fresh and unconventional studies
in Morocco and Spain, for instance, which I had
noted for consideration. Enough has been said
to indicate that this hard-working and entirely self-
reliant painter has achieved a mastery over his art
which has enabled him to produce a series of
pictures and portraits remarkable for the truth of
their tones and values, and for the largeness,
solidity, and distinction of their style.

The British Foreign Office has recently signifred
the acceptance by the Government of the invitation
of the Covernment of the United States to take
part in the Universal Exposition to be held at
St. Louis in 1904. The exhibits to be rnade by
the Government, in its official capacity, will be
limited to Education and the Fine Arts.

\ ESIGNS FOR BOOK-PLATES.
) SOME REMARKS UPON THE
H V RESULTS OF COMPETITION
B XX. BY AYMER VALLANCE.
Ii is not often that so much as an entire
article is devoted to the subject of the monthly
competitions in these pages. However, in the
case of the drawings for book-plates, circum-
stances, to wit, the quantity and the generally
high standard of the work submitted, seem to call
for exceptional notice, while at the same time
affording an opportunity to consider the main prin-
ciples that should guide artists in this particular
branch of design.
Now, however much times change and condi-
tions become modiRed, it is well, for the sake of
comparison, if not for example also, to recall in
what form any given art at hrst manifested itself.
There are many arts which arose in a period so
remote that the subject is obscure and surrounded
with difhculties; but in the matter of /fVA it is
otherwise. There is no doubt but that all early
book-plates were of a heraldic character. Nor is
this fact difhcult to account for, since the primary
purpose of a book-plate is to be a distinctive token
of ownership, a condition which a heraldic blazon
perfectly fulfils. This being so, it is remarkable
that in the present instance scarcely any of the
competitors attempted to base their designs on
heraldic Of the large number of drawings