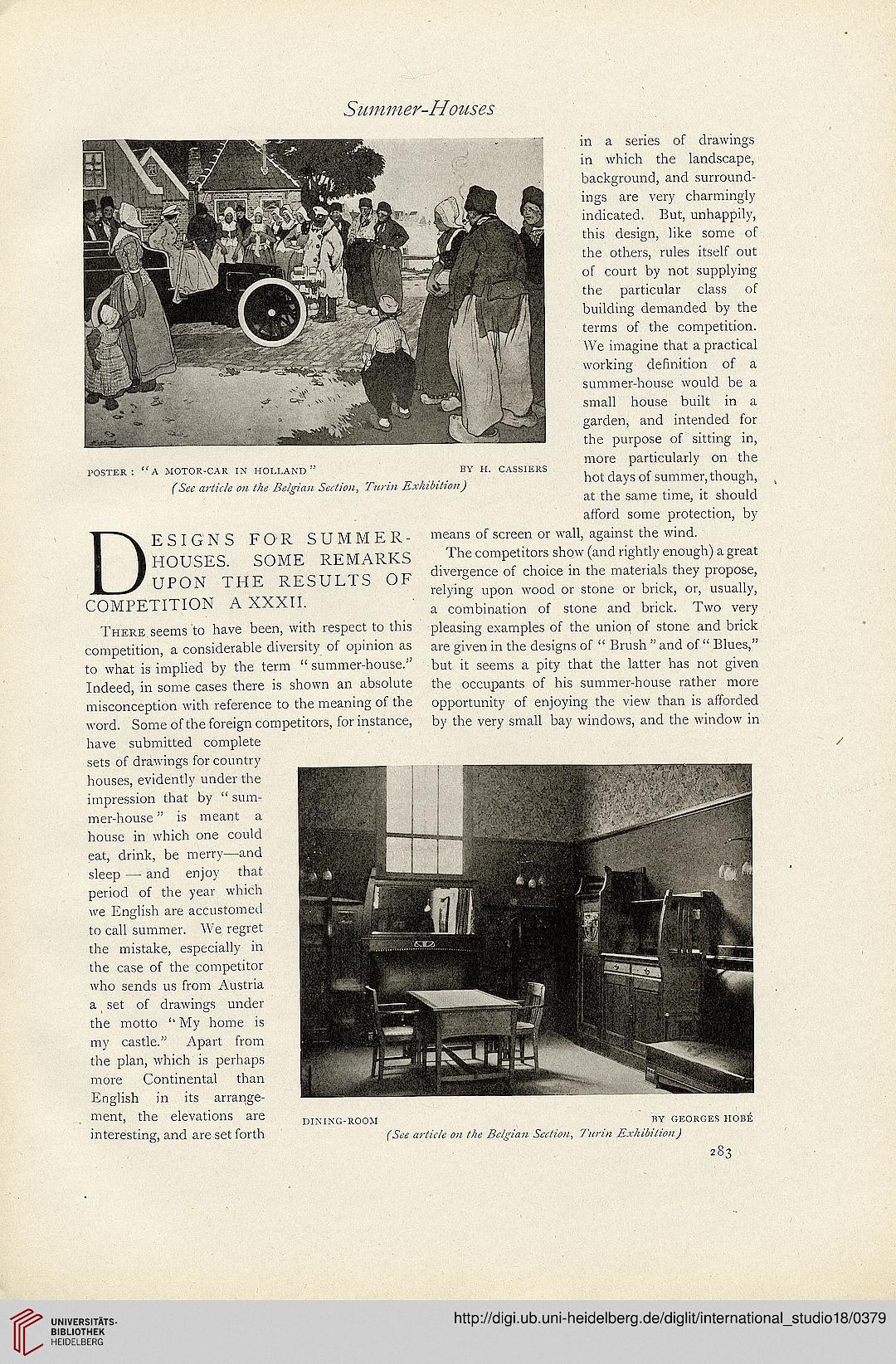 1] ^ESIGNS FOR SUMMER-
] )HOUSES. SOME REMARKS
J[_yUPON THE RESULTS OF
COMPETITION A XXXII.
THERE seems to have been, with respect to this
competition, a considerable diversity of opinion as
to what is implied by the term " summer-houseT
Indeed, in some cases there is shown an absoiute
misconception with reference to the meaning of the
word. Some of the foreign competitors, for instance,
have submitted complete
sets of drawings for country
houses, evidentiy under the
itnpression that by " sum-
mer-house" is meant a
house in which one coutd
eat, drink, be merry—and
sieep — and enjoy that
period of the year which
we Engiish are accustomed
tocaiisummer. Weregret
the mistake, especiaiiy in
the case of the competitor
who sends us from Austria
a set of drawings under
the motto " My home is
my castie." Apart from
the pian, which is perhaps
more Continental than
Engiish in its arrange-
ment, the eievations are
interesting, and are set forth

in a series of drawings
in which the iandscape,
background, and surround-
ings are very charmingiy
indicated. But, unhappiiy,
this design, like some of
theothers, rulesitselfout
of court by not supplying
the particuiar ciass of
buiiding demanded by the
terms of the competition.
Weimaginethatapractical
working deRnition of a
summer-house wouid be a
smaii house buiit in a
garden, and intended for
the purpose of sitting in,
more particulariy on the
hot days of summer, though,
at the same time, it shouid
afford some protection, by
rneans of screen or waii, against the wind.
The competitors show (and rightiy enough) a great
divergence of choice in the materials they propose,
reiying upon wood or stone or brick, or, usuaily,
a combination of stone and brick. Two very
pieasing examples of the union of stone and brick
are given in the designs of " Brush " and of " Blues,"
but it seems a pity that the iatter has not given
the occupants of his summer-house rather rnore
opportunity of enjoying the view than is afforded
by the very small bay windows, and the window in