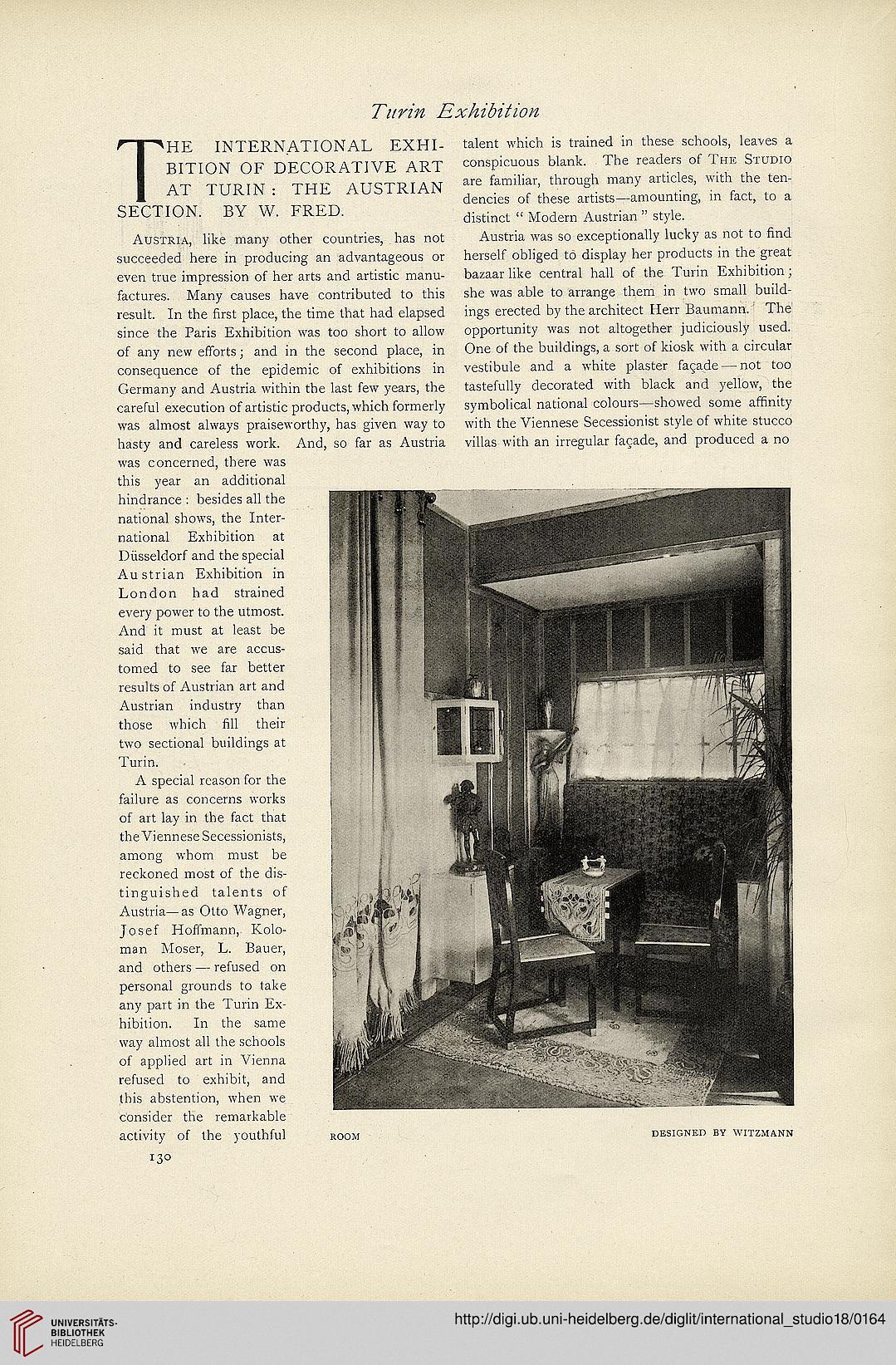 
^T^HE INTERNATIONAL EXHI-
BITION OF DECORATIVE ART
AT TURIN: THE AUSTRIAN
SECTION. BY W. FRED.
AuSTRtA, like many other countries, has not
succeeded here in producing an advantageous or
even true impression of her arts and artistic manu-
factures. Many causes have contributed to this
result. In the hrst place, the time that had elapsed
since the Paris Exhibition was too short to allow
of any new efforts; and in the second place, in
consequence of the epidemic of exhibitions in
Germany and Austria within the last few years, the
careful execution of artistic products,whichformer!y
was almost always praiseworthy, has given way to
hastyandcarelesswork. And, sofarasAustria
was concerned, there was
this year an additional
hindrance : besides a)I the
national shows, the Inter-
national Exhibition at
Dtisseldorf and the special
Austrian Exhibition in
London had strained
every power to the utmost.
And it must at least be
said that we are accus-
tomed to see far better
results of Austrian art and
Austrian industry than
those which fill their
two sectional buildings at
Turin.
A special reason for the
failure as concerns works
ofartlayinthefactthat
the VienneseSecessionists,
among whom must be
reckoned most of the dis-
tinguished talents of
Austria—as Otto Wagner,
Josef Hoffmann, Kolo-
man Moser, L. Bauer,
and others — refused on
personal grounds to take
any part in the Turin Ex-
hibition. In the same
way almost all the schools
of applied art in Vienna
refused to exhibit, and
this abstention, when we
consider the remarkable
activity of the youthful
130

talent which is trained in these schools, leaves a
conspicuous blank. The readers of THE SfUDio
are familiar, through many articles, with the ten-
dencies of these artists—amounting, in fact, to a
distinct " Modern Austrian " style.
Austria was so exceptionally lucky as not to hnd
herself obliged to display her products in the great
bazaar like central hall of the Turin Exhibition;
she was able to arrange them in two smail build-
ings erected by the architect flerr Baumann. The
opportunity was not altogether judiciously used.
One of the buildings, a sort of kiosk with a circular
vestibule and a white plaster fagade — not too
tastefully decorated with black and yellow, the
symbolicat national colours—showed some afhnity
with the Viennese Secessionist style of white stucco
villas with an irregular facade, and produced a no