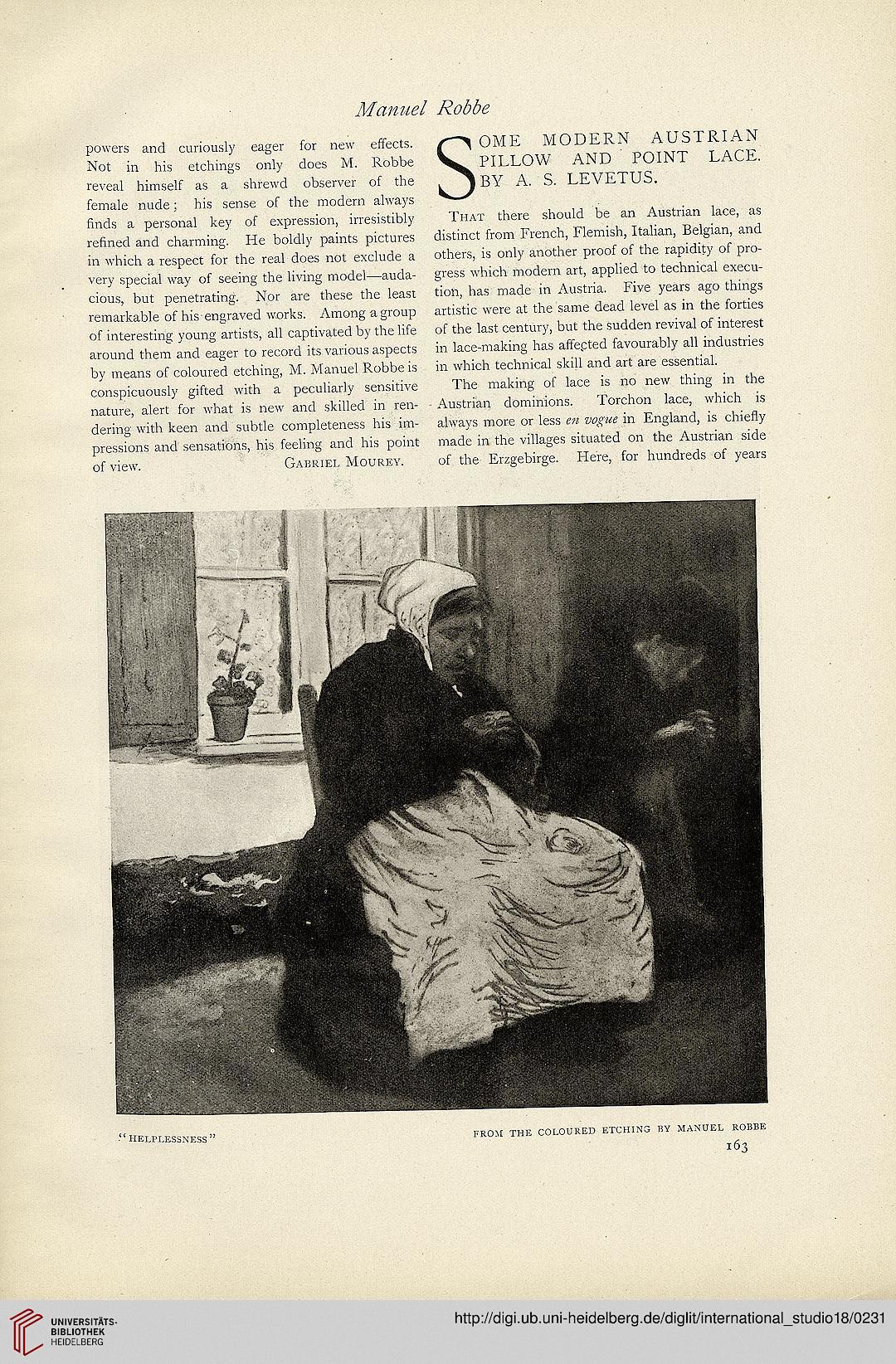 powers and curiously eager for new effects.
Not in his etchings only does M. Robbe
reveal himself as a shrewd observer of the
female nude; his sense of the modern ahvays
hnds a personal key of expression, irresistibly
rehned and charming. He boldly paints pictures
in which a respect for the real does not exclude a
very special way of seeing the living model—auda-
cious, but penetrating. Nor are these the least
remarkable of his engraved works. Amongagroup
of interesting young artists, all captivated by the life
around them and eager to record its various aspects
by means of coloured etching, M. Manuel Robbe is
conspicuously gifted with a peculiarly sensitive
nature, alert for what is new and skilled in ren-
dering with keen and subtle completeness his im-
pressions and sensations, his feeling and his point
of view. GABRtEL MOUREY.

OME MODERN AUSTRIAN
^^PILLOW AND POINT LACE.
. ^BY A. S. LEVETUS.
TnAT there should be an Austrian lace, as
distinct from French, Flemish, Italian, Belgian, and
others, is only another proof of the rapidity of pro-
gress which modern art, applied to technical execu-
tion, has made in Austria. Five years ago things
artistic were at the same dead level as in the forties
of the last century, but the sudden revival of interest
in lace-making has affepted favourably all industries
in which technical skill and art are essential.
The making of lace is no new thing in the
Austrian dominions. Torchon lace, which is
always more or less ^7; in England, is chieHy
made in the villages situated on the Austrian side
of the Erzgebirge. Here, for hundreds of years