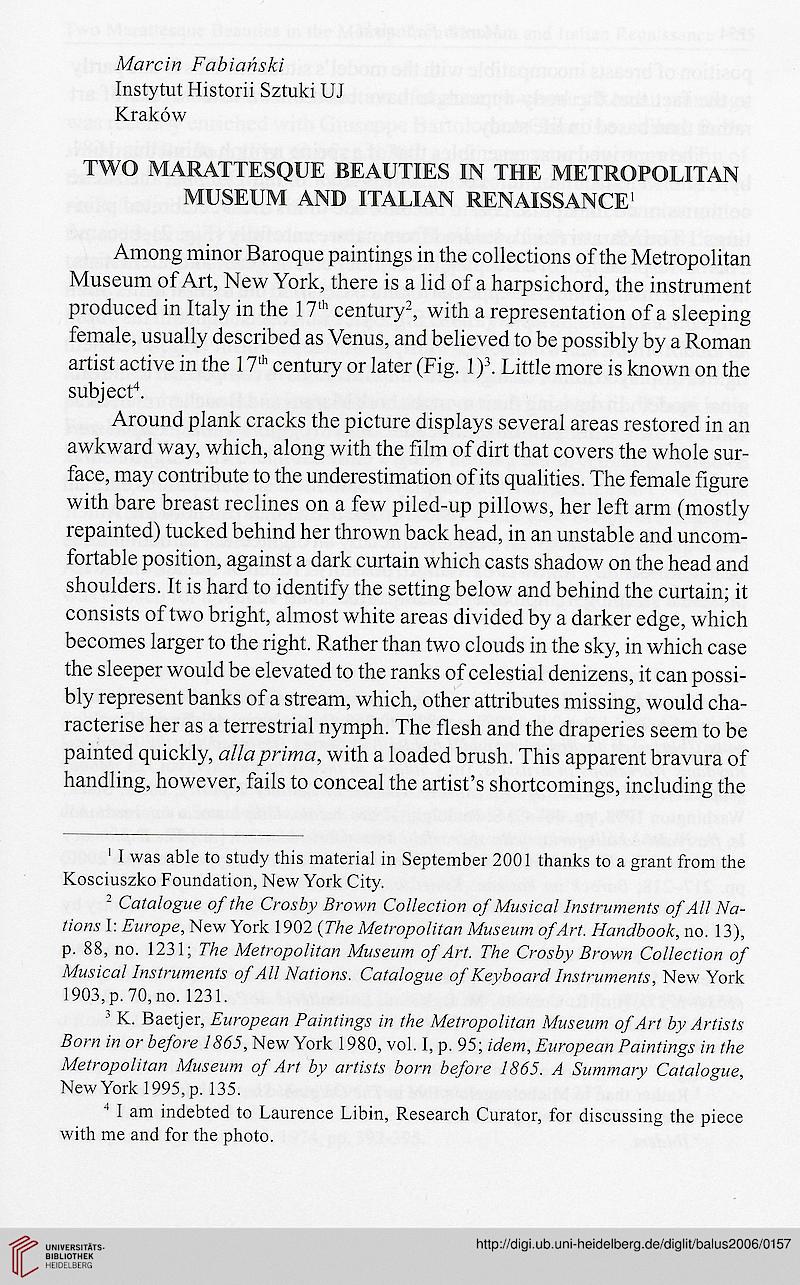 TWO MARATTESQUE BEAUTIES IN THE METROPOLITAN
MUSEUM AND ITALIAN RENAISSANCE1

Among minor Baroque paintings in the collections of the Metropolitan
Museum of Art, New York, there is a lid of a harpsichord, the instrument
produced in Italy in the 17th century2, with a representation of a sleeping
female, usually described as Venus, and believed to be possibly by a Roman
artist active in the 17th century or later (Fig. I)3. Little more is known on the
subject4.

Around plank cracks the picture displays several areas restored in an
awkward way, which, along with the film of dirt that covers the whole sur-
face, may contribute to the underestimation of its qualities. The female figure
with bare breast reclines on a few piled-up pillows, her left arm (mostly
repainted) tucked behind her thrown back head, in an unstable and uncom-
fortable position, against a dark curtain which casts shadow on the head and
shoulders. It is hard to identify the setting below and behind the curtain; it
consists of two bright, almost white areas divided by a darker edge, which
becomes larger to the right. Rather than two clouds in the sky, in which case
the sleeper would be elevated to the ranks of celestial denizens, it can possi-
bly represent banks of a stream, which, other attributes missing, would cha-
racterise her as a terrestrial nymph. The flesh and the draperies seem to be
painted quickly, alla prima, with a loaded brush. This apparent bravura of
handling, however, fails to conceal the artist’s shortcomings, including the

1 I was able to study this material in September 2001 thanks to a grant from the
Kościuszko Foundation, New York City.

4 I am indebted to Laurence Libin, Research Curator, for discussing the piece
with me and for the photo.