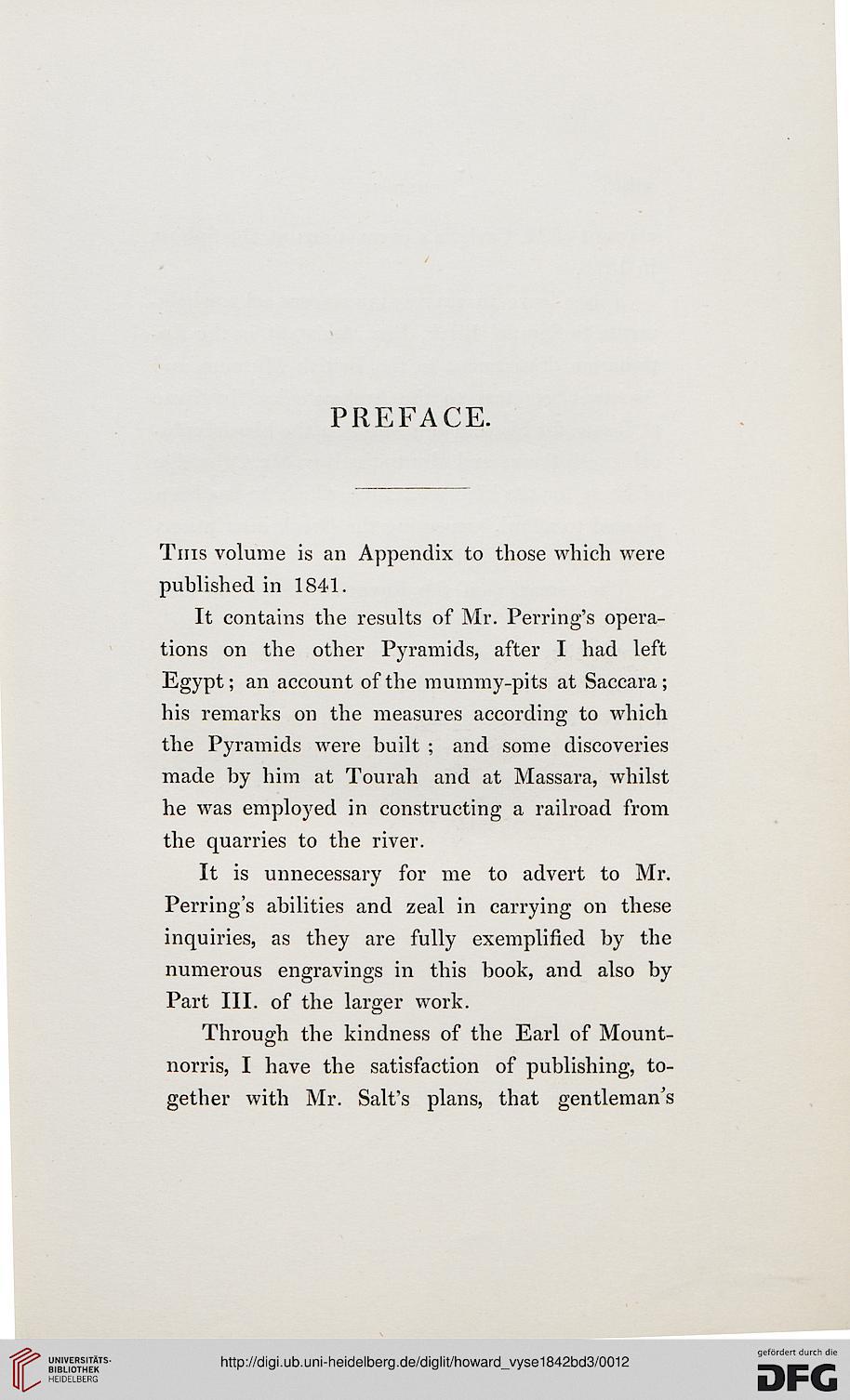 Tins volume is an Appendix to those which were
published in 1841.

It contains the results of Mr. Perring's opera-
tions on the other Pyramids, after I had left
Egypt; an account of the mummy-pits at Saccara ;
his remarks on the measures according to which
the Pyramids were built ; and some discoveries
made by him at Tourah and at Massara, whilst
he was employed in constructing a railroad from
the quarries to the river.

It is unnecessary for me to advert to Mr.
Perring's abilities and zeal in carrying on these
inquiries, as they are fully exemplified by the
numerous engravings in this book, and also by
Part III. of the larger work.

Through the kindness of the Earl of Mount-
norris, I have the satisfaction of publishing, to-
gether with Mr. Salt's plans, that gentleman's