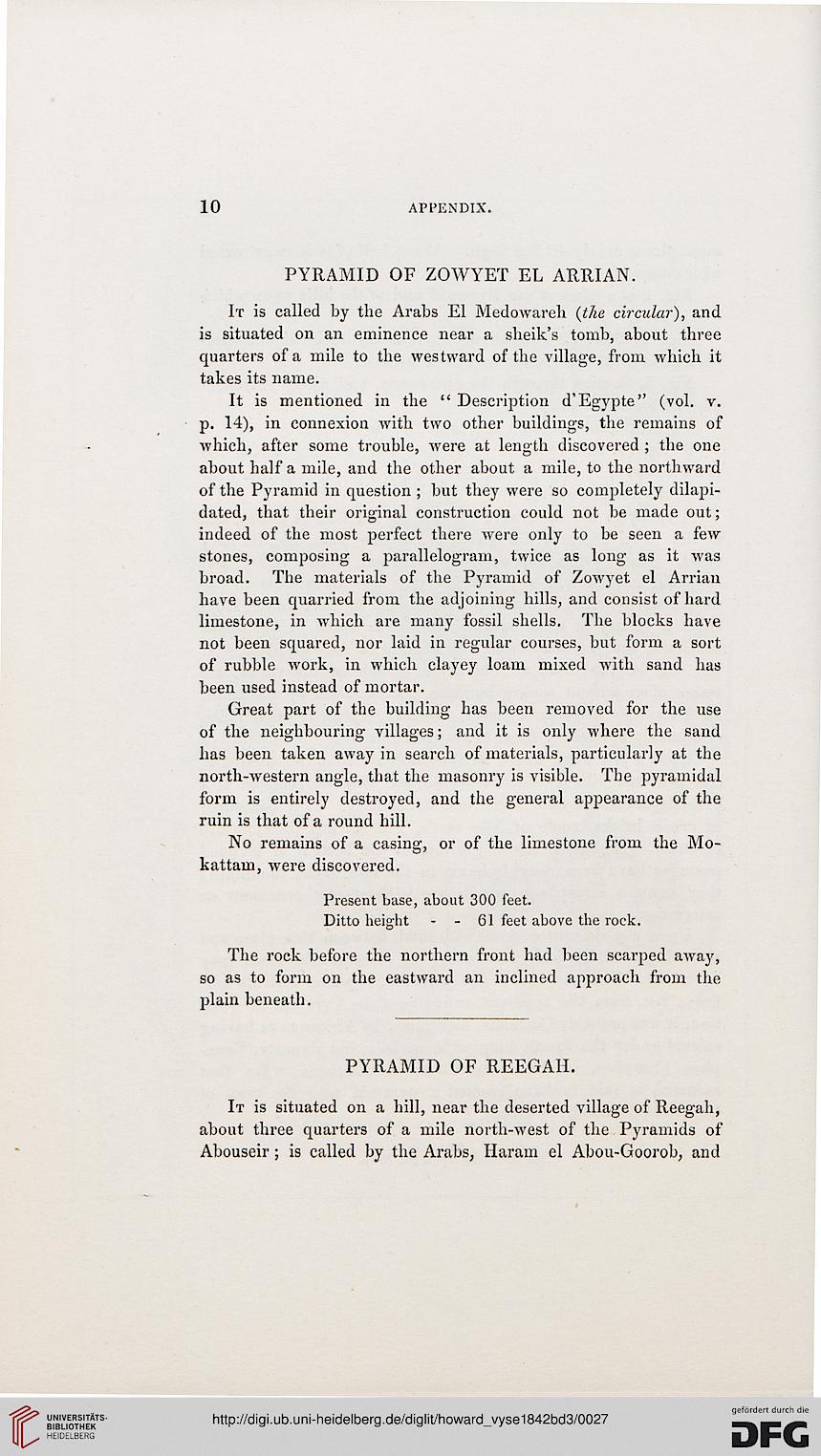 It is called by the Arabs El Medowareh {the circular), and
is situated on an eminence near a sheik's tomb, about three
quarters of a mile to the westward of the village, from which it
takes its name.

It is mentioned in the " Description d'Egypte" (vol. v.
p. 14), in connexion with two other buildings, the remains of
which, after some trouble, were at length discovered ; the one
about half a mile, and the other about a mile, to the northward
of the Pyramid in question ; but they were so completely dilapi-
dated, that their original construction could not be made out;
indeed of the most perfect there were only to be seen a few
stones, composing a parallelogram, twice as long as it was
broad. The materials of the Pyramid of Zowyet el Arrian
have been quarried from the adjoining hills, and consist of hard
limestone, in which are many fossil shells. The blocks have
not been squared, nor laid in regular courses, but form a sort
of rubble work, in which clayey loam mixed with sand has
been used instead of mortar.

Great part of the building has been removed for the use
of the neighbouring villages; and it is only where the sand
has been taken away in search of materials, particularly at the
north-western angle, that the masonry is visible. The pyramidal
form is entirely destroyed, and the general appearance of the
ruin is that of a round hill.

No remains of a casing, or of the limestone from the Mo-
kattain, were discovered.

The rock before the northern front had been scarped away,
so as to form on the eastward an inclined approach from the
plain beneath.

It is situated on a hill, near the deserted village of Reegah,
about three quarters of a mile north-west of the Pyramids of
Abouseir ; is called by the Arabs, Haram el Abou-Goorob, and