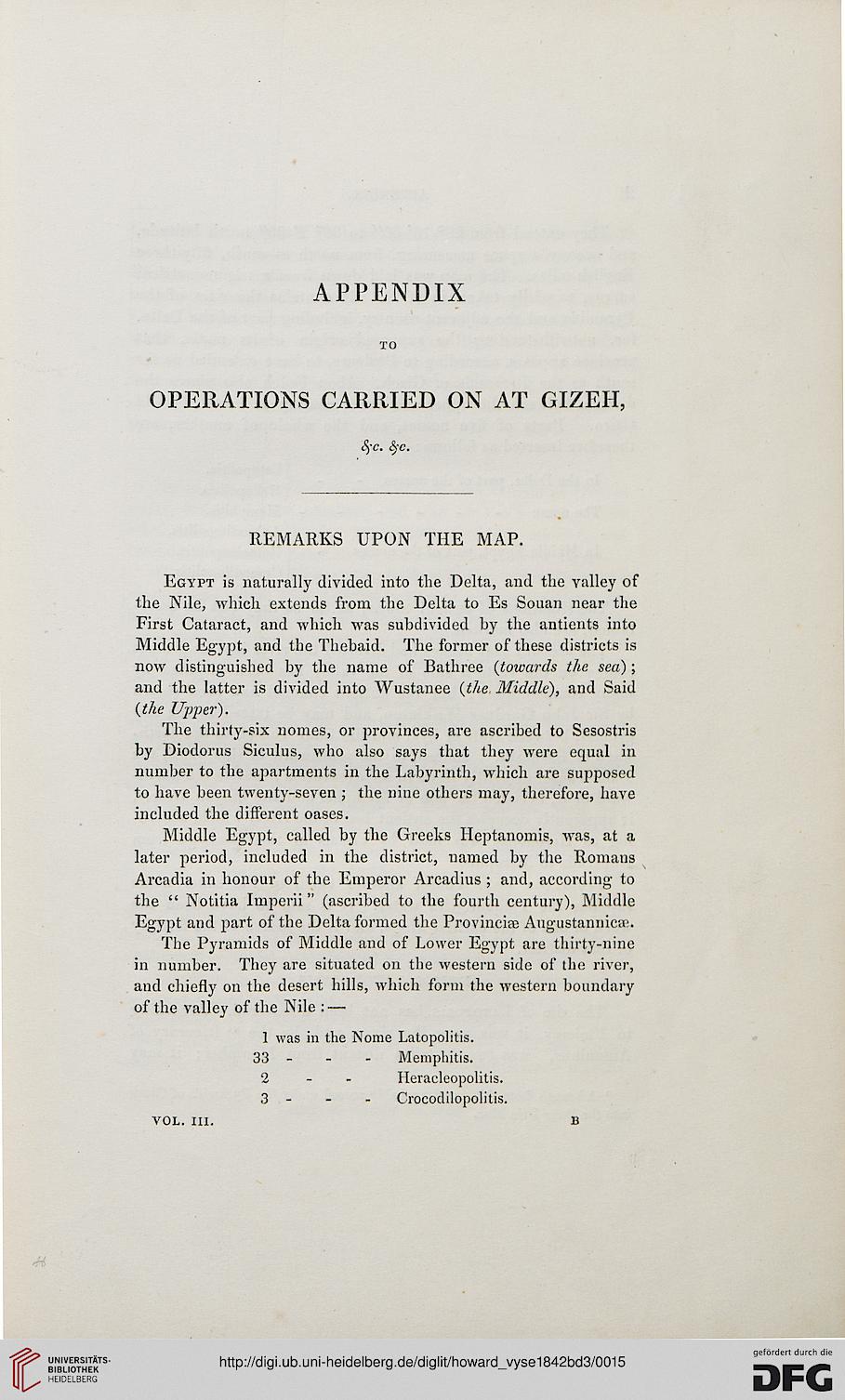 OPERATIONS CARRIED ON AT GIZEII,

REMARKS UPON THE MAP.

Egypt is naturally divided into the Delta, and the valley of
the Nile, which extends from the Delta to Es Souan near the
First Cataract, and which was subdivided by the antients into
Middle Egypt, and the Thebaid. The former of these districts is
now distinguished by the name of Bathree {towards the sea);
and the latter is divided into Wustanee (the Middle), and Said
(the Upper).

The thirty-six nomes, or provinces, are ascribed to Sesostris
by Diodorus Siculus, who also says that they were equal in
number to the apartments in the Labyrinth, which are supposed
to have been twenty-seven ; the nine others may, therefore, have
included the different oases.

Middle Egypt, called by the Greeks Heptanomis, was, at a
later period, included in the district, named by the Romans
Arcadia in honour of the Emperor Arcadius ; and, according to
the " Notitia Imperii" (ascribed to the fourth century), Middle
Egypt and part of the Delta formed the Provincial Augustannica?.

The Pyramids of Middle and of Lower Egypt are thirty-nine
in number. They are situated on the western side of the river,
and chiefly on the desert hills, which form the western boundary
of the valley of the Nile : —