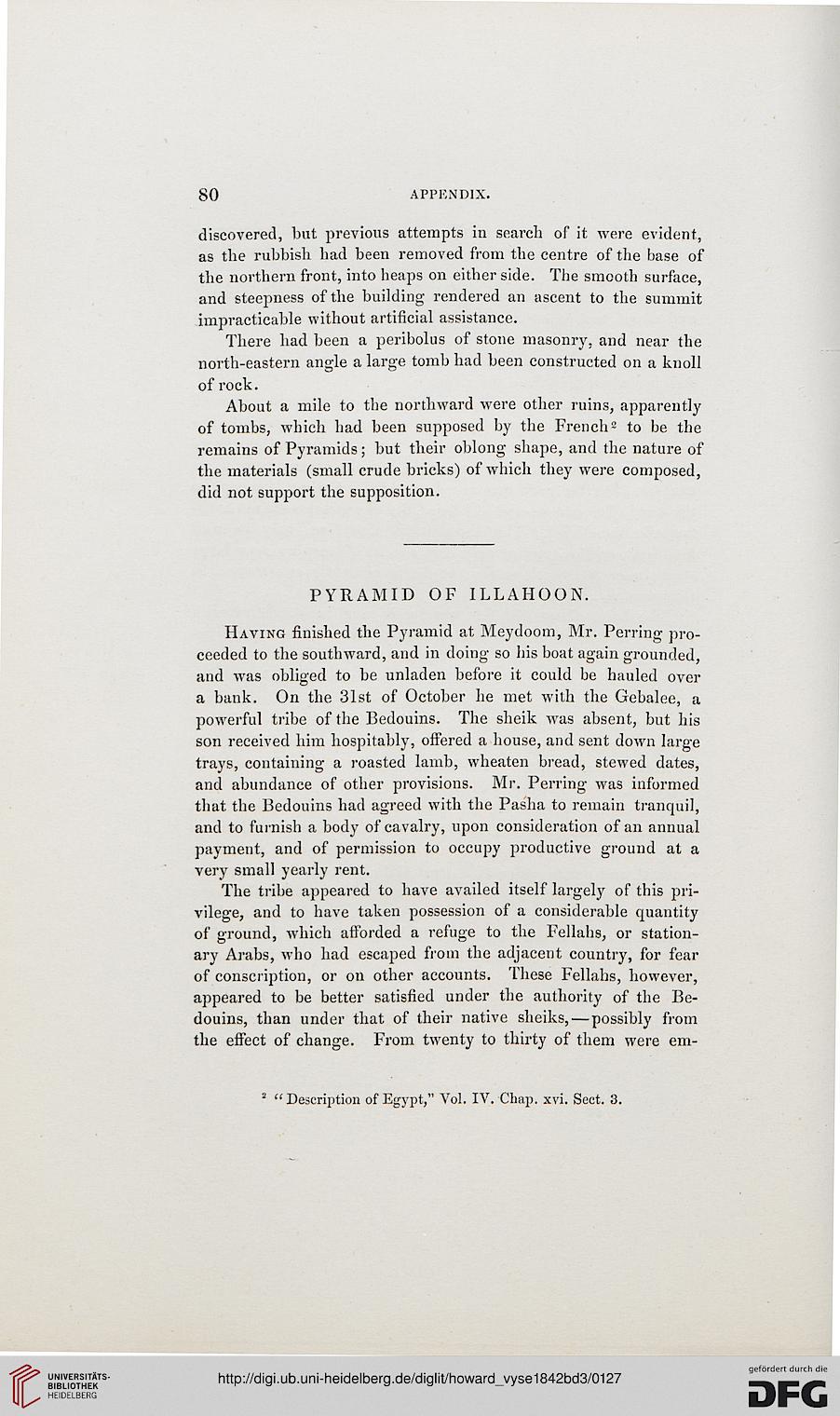 discovered, but previous attempts in search of it were evident,
as the rubbish had been removed from the centre of the base of
the northern front, into heaps on either side. The smooth surface,
and steepness of the building rendered an ascent to the summit
impracticable without artificial assistance.

There had been a peribolus of stone masonry, and near the
north-eastern angle a large tomb had been constructed on a knoll
of rock.

About a mile to the northward were other ruins, apparently
of tombs, which had been supposed by the French2 to be the
remains of Pyramids; but their oblong shape, and the nature of
the materials (small crude bricks) of which they were composed,
did not support the supposition.

Having finished the Pyramid at Meydoom, Mr. Perring pro-
ceeded to the southward, and in doing so his boat again grounded,
and was obliged to be unladen before it could be hauled over
a bank. On the 31st of October he met with the Gebalec, a
powerful tribe of the Bedouins. The sheik was absent, but his
son received him hospitably, offered a house, and sent down large
trays, containing a roasted lamb, wheaten bread, stewed dates,
and abundance of other provisions. Mr. Perring was informed
that the Bedouins had agreed with the Pasha to remain tranquil,
and to furnish a body of cavalry, upon consideration of an annual
payment, and of permission to occupy productive ground at a
very small yearly rent.

The tribe appeared to have availed itself largely of this pri-
vilege, and to have taken possession of a considerable quantity
of ground, which afforded a refuge to the Fellahs, or station-
ary Arabs, who had escaped from the adjacent country, for fear
of conscription, or on other accounts. These Fellahs, however,
appeared to be better satisfied under the authority of the Be-
douins, than under that of their native sheiks, — possibly from
the effect of change. From twenty to thirty of them were em-