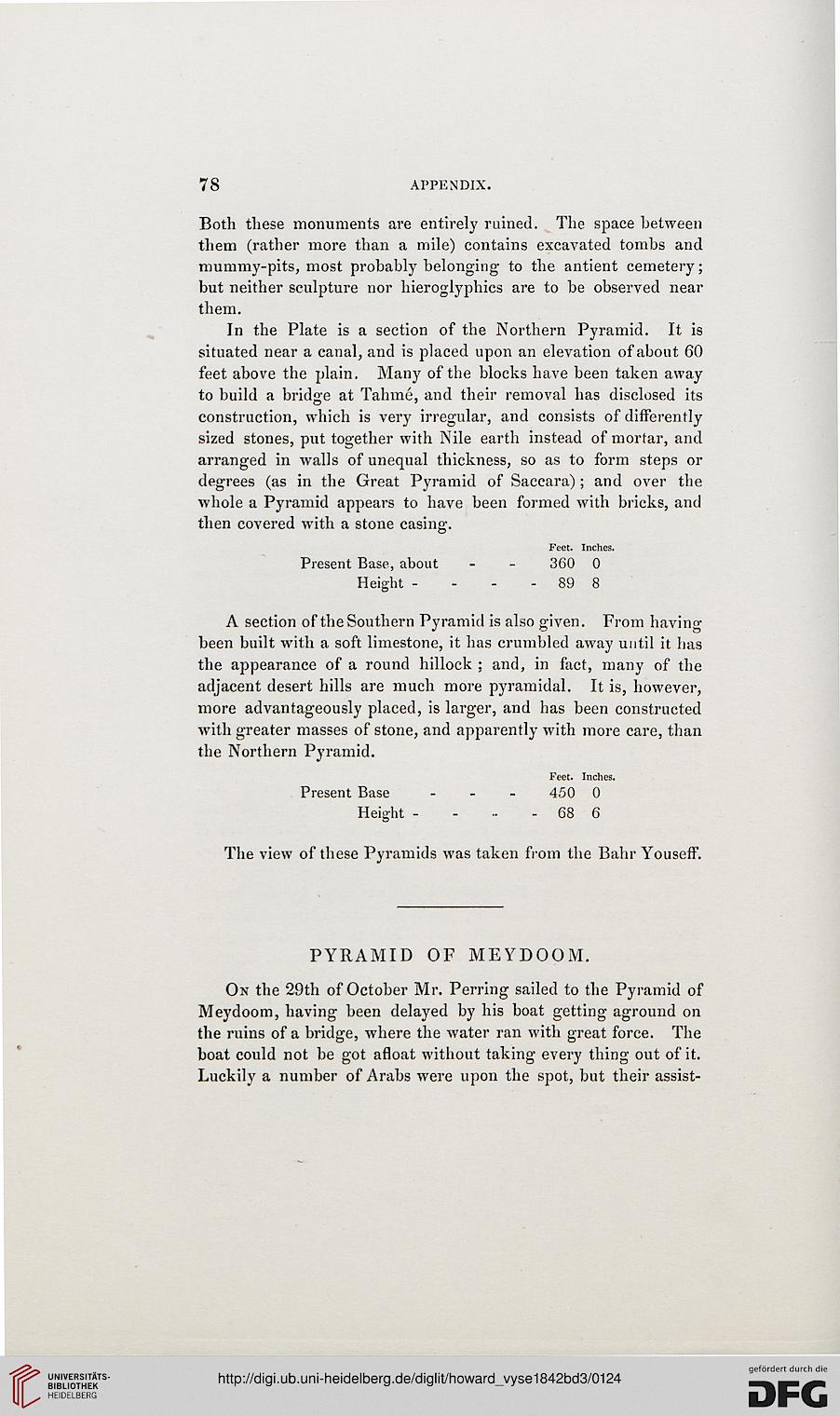 Both these monuments are entirely ruined. The space between
them (rather more than a mile) contains excavated tombs and
mummy-pits, most probably belonging to the antient cemetery;
but neither sculpture nor hieroglyphics are to be observed near
them.

In the Plate is a section of the Northern Pyramid. It is
situated near a canal, and is placed upon an elevation of about 60
feet above the plain. Many of the blocks have been taken away
to build a bridge at Tahme, and their removal has disclosed its
construction, which is very irregular, and consists of differently
sized stones, put together with Nile earth instead of mortar, and
arranged in walls of unequal thickness, so as to form steps or
degrees (as in the Great Pyramid of Saccara); and over the
whole a Pyramid appears to have been formed with bricks, and
then covered with a stone casing.

A section of the Southern Pyramid is also given. From having
been built with a soft limestone, it has crumbled away until it has
the appearance of a round hillock ; and, in fact, many of the
adjacent desert hills are much more pyramidal. It is, however,
more advantageously placed, is larger, and has been constructed
with greater masses of stone, and apparently with more care, than
the Northern Pyramid.

The view of these Pyramids was taken from the Bahr Youseff.

On the 29th of October Mr. Perring sailed to the Pyramid of
Meydoom, having been delayed by his boat getting aground on
the ruins of a bridge, where the water ran with great force. The
boat could not be got afloat without taking every thing out of it.
Luckily a number of Arabs were upon the spot, but their assist-