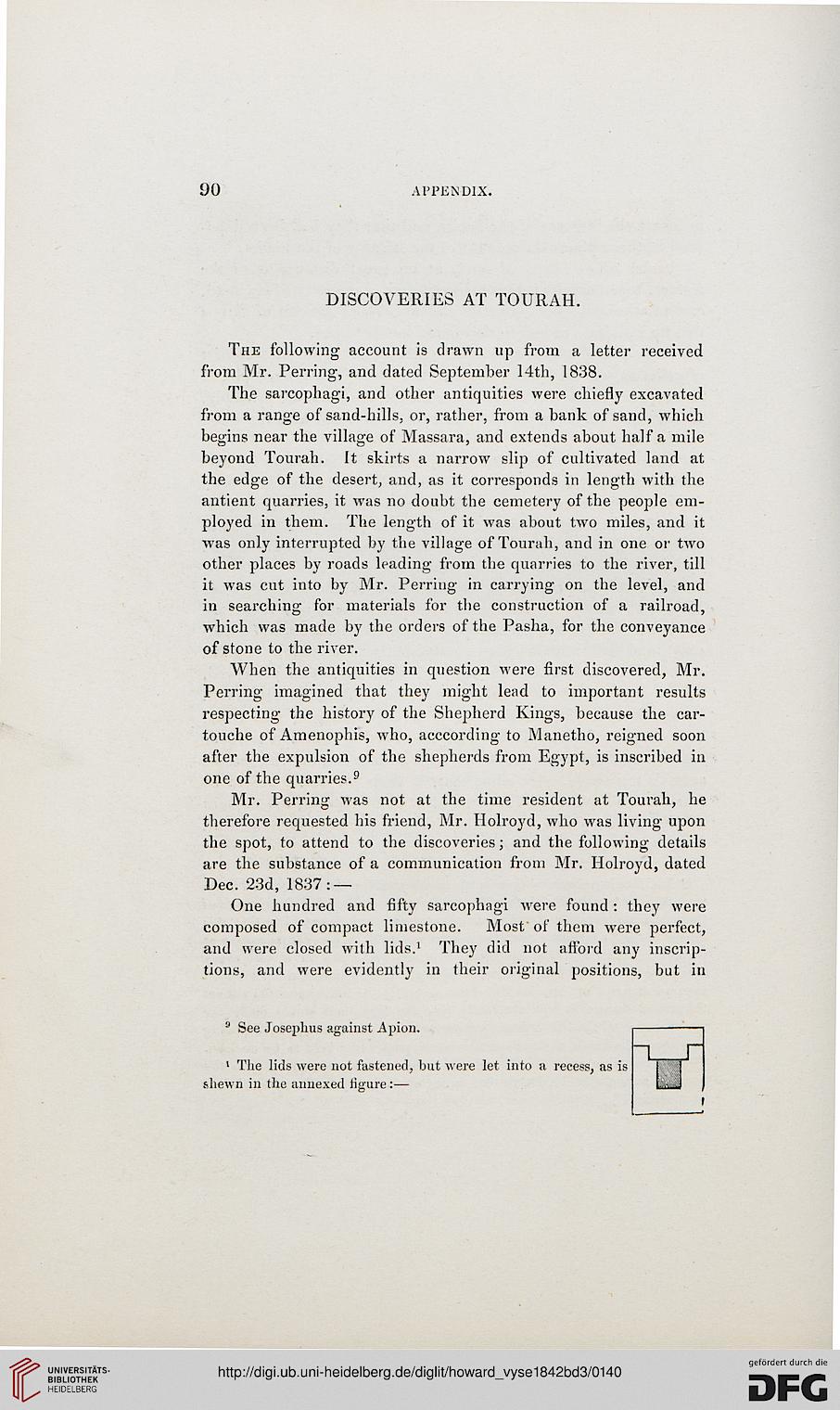 The following account is drawn up from a letter received
from Mr. Perring, and dated September 14th, 1838.

The sarcophagi, and other antiquities were chiefly excavated
from a range of sand-hills, or, rather, from a bank of sand, which
begins near the village of Massara, and extends about half a mile
beyond Tourah. It skirts a narrow slip of cultivated land at
the edge of the desert, and, as it corresponds in length with the
antient quarries, it was no doubt the cemetery of the people em-
ployed in them. The length of it was about two miles, and it
was only interrupted by the village of Tourah, and in one or two
other places by roads leading from the quarries to the river, till
it was cut into by Mr. Perring in carrying on the level, and
in searching; for materials for the construction of a railroad,
which was made by the orders of the Pasha, for the conveyance
of stone to the river.

When the antiquities in question were first discovered, Mr.
Perring imagined that they might lead to important results
respecting the history of the Shepherd Kings, because the car-
touche of Amenophis, who, acccording to Manetho, reigned soon
after the expulsion of the shepherds from Egypt, is inscribed in
one of the quarries.9

Mr. Perring was not at the time resident at Tourah, he
therefore requested his friend, Mr. Holroyd, who was living upon
the spot, to attend to the discoveries; and the following details
are the substance of a communication from Mr. Holroyd, dated
Dec. 23d, 1837 : —

One hundred and fifty sarcophagi were found: they were
composed of compact limestone. Most of them were perfect,
and were closed with lids.1 They did not afford any inscrip-
tions, and were evidently in their original positions, but in

1 The lids were not fastened, but were let into a recess, as is
shewn in the annexed figure*—