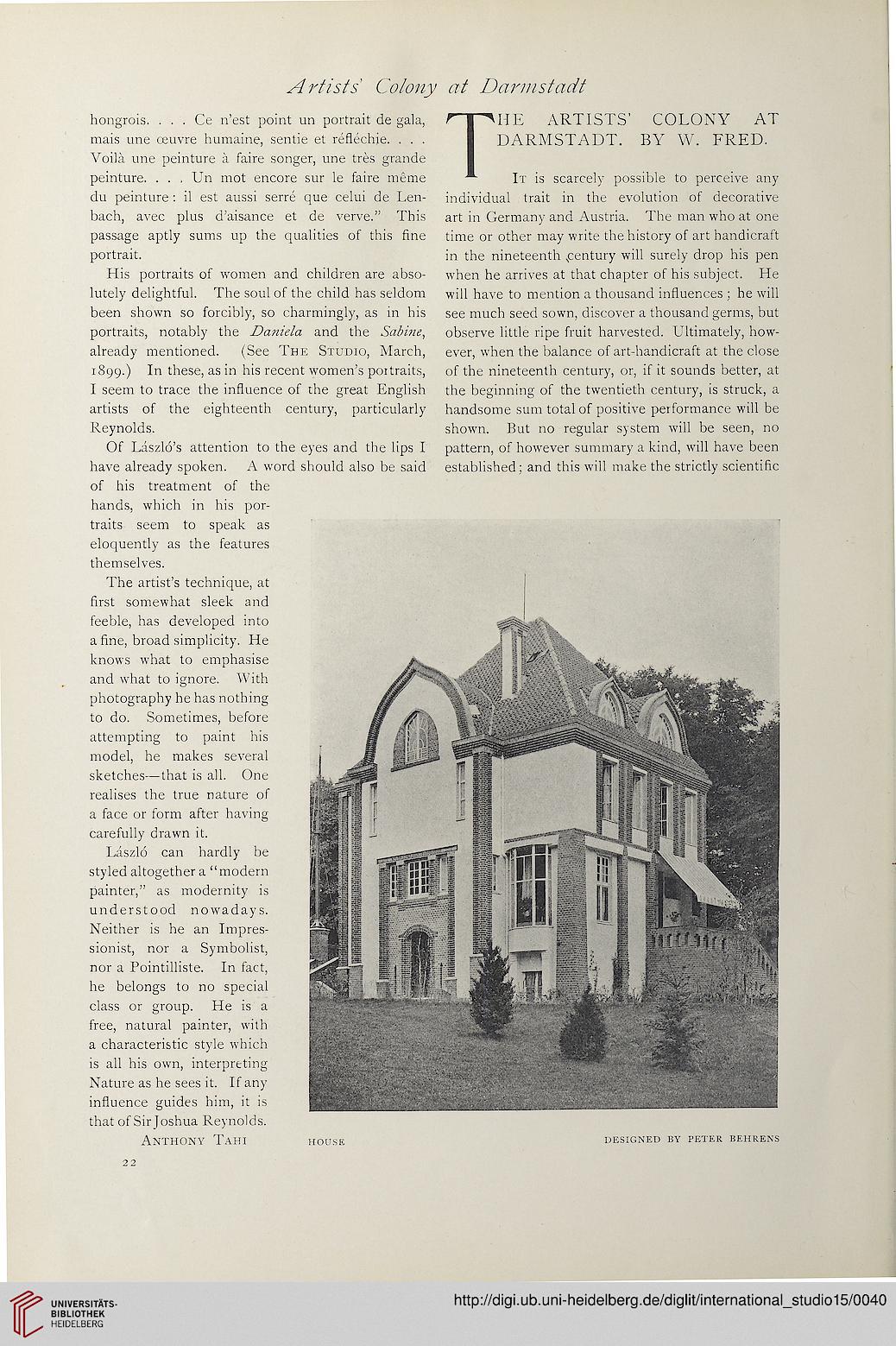 His portraits of women and children are abso-
lutely delightful. The soul of the child has seldom
been shown so forcibly, so charmingly, as in his
portraits, notably the Daniela and the Sabine,
already mentioned. (See The Studio, March,
1899.) In these, as in his recent women’s portraits,
I seem to trace the influence of the great English
artists of the eighteenth century, particularly
Reynolds.

Of Laszlo’s attention to the eyes and the lips I
have already spoken. A word should also be said
of his treatment of the
hands, which in his por-
traits seem to speak as
eloquently as the features
themselves.

The artist’s technique, at
first somewhat sleek and
feeble, has developed into
a fine, broad simplicity. He
knows what to emphasise
and what to ignore. With
photography he has nothing
to do. Sometimes, before
attempting to paint his
model, he makes several
sketches—that is all. One
realises the true nature of
a face or form after having
carefully drawn it.

Laszlo can hardly be
styled altogether a ‘‘ modern
painter,” as modernity is
understood nowadays.

Neither is he an Impres-
sionist, nor a Symbolist,
nor a Pointilliste. In fact,
he belongs to no special
class or group. He is a
free, natural painter, with
a characteristic style which
is all his own, interpreting
Nature as he sees it. If any
influence guides him, it is
that of Sir Joshua Reynolds.

COLONY AT
BY W. FRED.

It is scarcely possible to perceive any
individual trait in the evolution of decorative
art in Germany and Austria. The man who at one
time or other may write the history of art handicraft
in the nineteenth .century will surely drop his pen
when he arrives at that chapter of his subject. He
will have to mention a thousand influences ; he will
see much seed sown, discover a thousand germs, but
observe little ripe fruit harvested. Ultimately, how-
ever, when the balance of art-handicraft at the close
of the nineteenth century, or, if it sounds better, at
the beginning of the twentieth century, is struck, a
handsome sum total of positive performance will be
shown. But no regular system will be seen, no
pattern, of however summary a kind, will have been
established; and this will make the strictly scientific