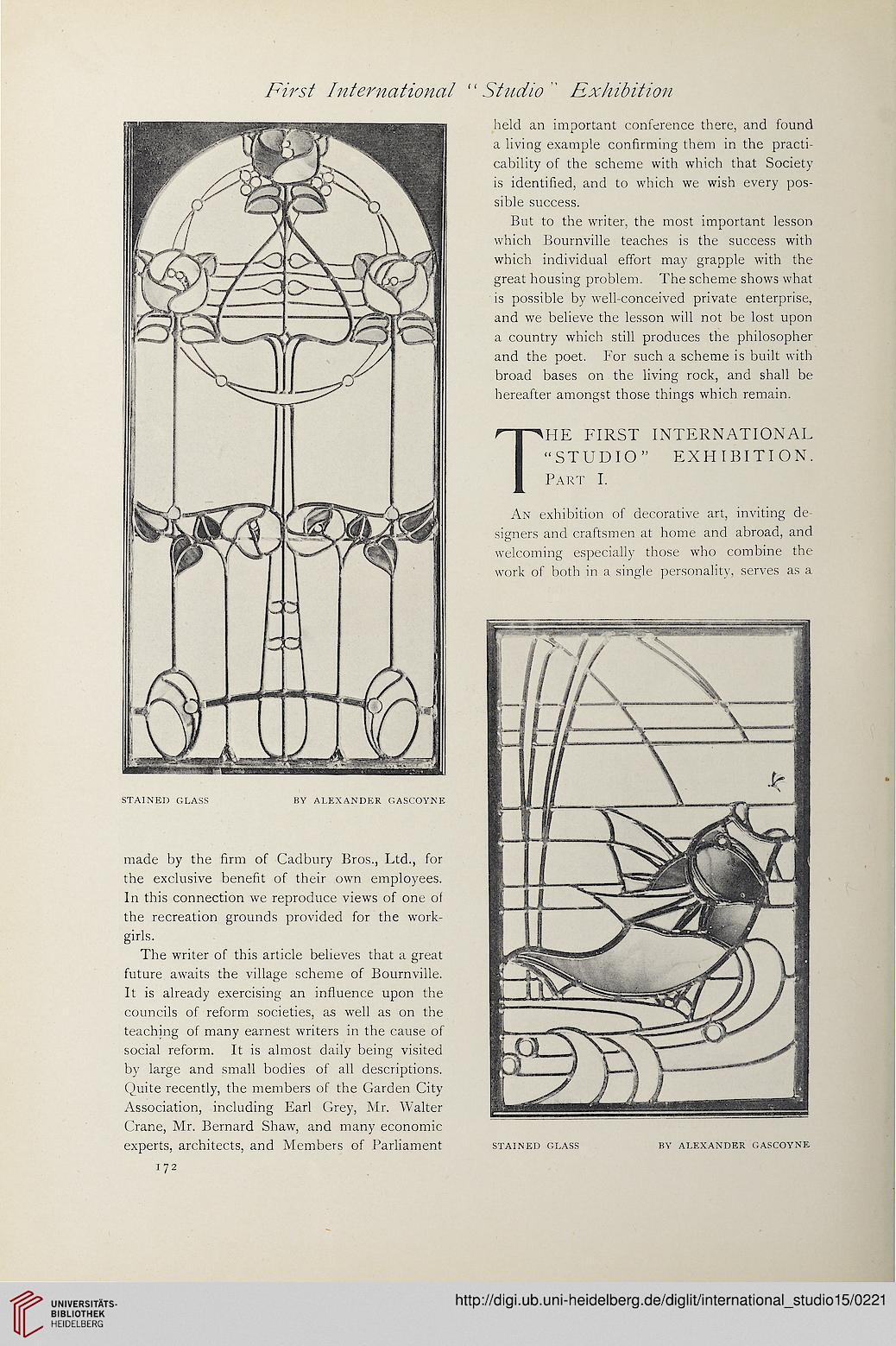 made by the firm of Cadbury Bros., Ltd., for
the exclusive benefit of their own employees.
In this connection we reproduce views of one of
the recreation grounds provided for the work-
girls.

The writer of this article believes that a great
future awaits the village scheme of Bournville.
It is already exercising an influence upon the
councils of reform societies, as well as on the
teaching of many earnest writers in the cause of
social reform. It is almost daily being visited
by large and small bodies of all descriptions.
Quite recently, the members of the Garden City
Association, including Earl Grey, Mr. Walter
Crane, Mr. Bernard Shaw, and many economic
experts, architects, and Members of Parliament

held an important conference there, and found
a living example confirming them in the practi-
cability of the scheme with which that Society
is identified, and to which we wish every pos-
sible success.

But to the writer, the most important lesson
which Bournville teaches is the success with
which individual effort may grapple with the
great housing problem. The scheme shows what
is possible by well-conceived private enterprise,
and we believe the lesson will not be lost upon
a country which still produces the philosopher
and the poet. For such a scheme is built with
broad bases on the living rock, and shall be
hereafter amongst those things which remain.

An exhibition of decorative art, inviting de-
signers and craftsmen at home and abroad, and
welcoming especially those who combine the
work of both in a single personality, serves as a