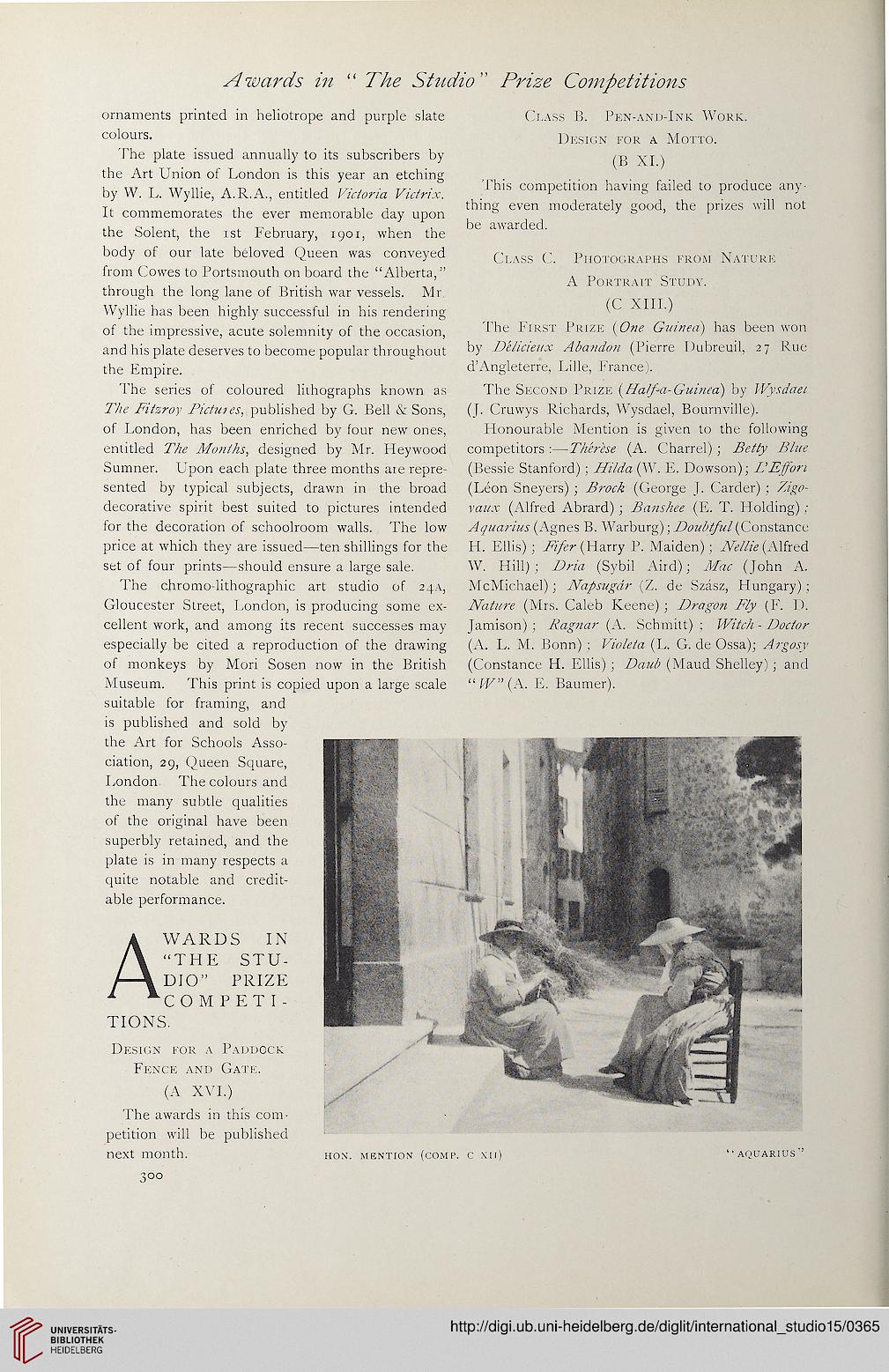 Information about OCR text
Awards in “The Studio ” Prize Competitions

The plate issued annually to its subscribers by
the Art Union of London is this year an etching
by W. L. Wyllie, A.R.A., entitled Victoria Vicirix.
It commemorates the ever memorable day upon
the Solent, the ist February, 1901, when the
body of our late beloved Queen was conveyed
from Cowes to Portsmouth on board the “Alberta,”
through the long lane of British war vessels. Mr
Wyllie has been highly successful in his rendering
of the impressive, acute solemnity of the occasion,
and his plate deserves to become popular throughout
the Empire.

The series of coloured lithographs known as
The Fitzroy Pictuies, published by G. Bell & Sons,
of London, has been enriched by four new ones,
entitled The Months, designed by Mr. Heywood
Sumner. Upon each plate three months ate repre-
sented by typical subjects, drawn in the broad
decorative spirit best suited to pictures intended
for the decoration of schoolroom walls. The low
price at which they are issued—ten shillings for the
set of four prints—should ensure a large sale.

The chromo-lithographic art studio of 24A,
Gloucester Street, London, is producing some ex-
cellent work, and among its recent successes may
especially be cited a reproduction of the drawing
of monkeys by Mori Sosen now in the British
Museum. This print is copied upon a large scale
suitable for framing, and
is published and sold by
the Art for Schools Asso-
ciation, 29, Queen Square,

London The colours and
the many subtle qualities
of the original have been
superbly retained, and the
plate is in many respects a
quite notable and credit-
able performance.

Design for a Paddock
Fence and Gate.

The awards in this com-
petition will be published
next month.

Design for a Motto.

This competition having failed to produce any-
thing even moderately good, the prizes will not
be awarded.