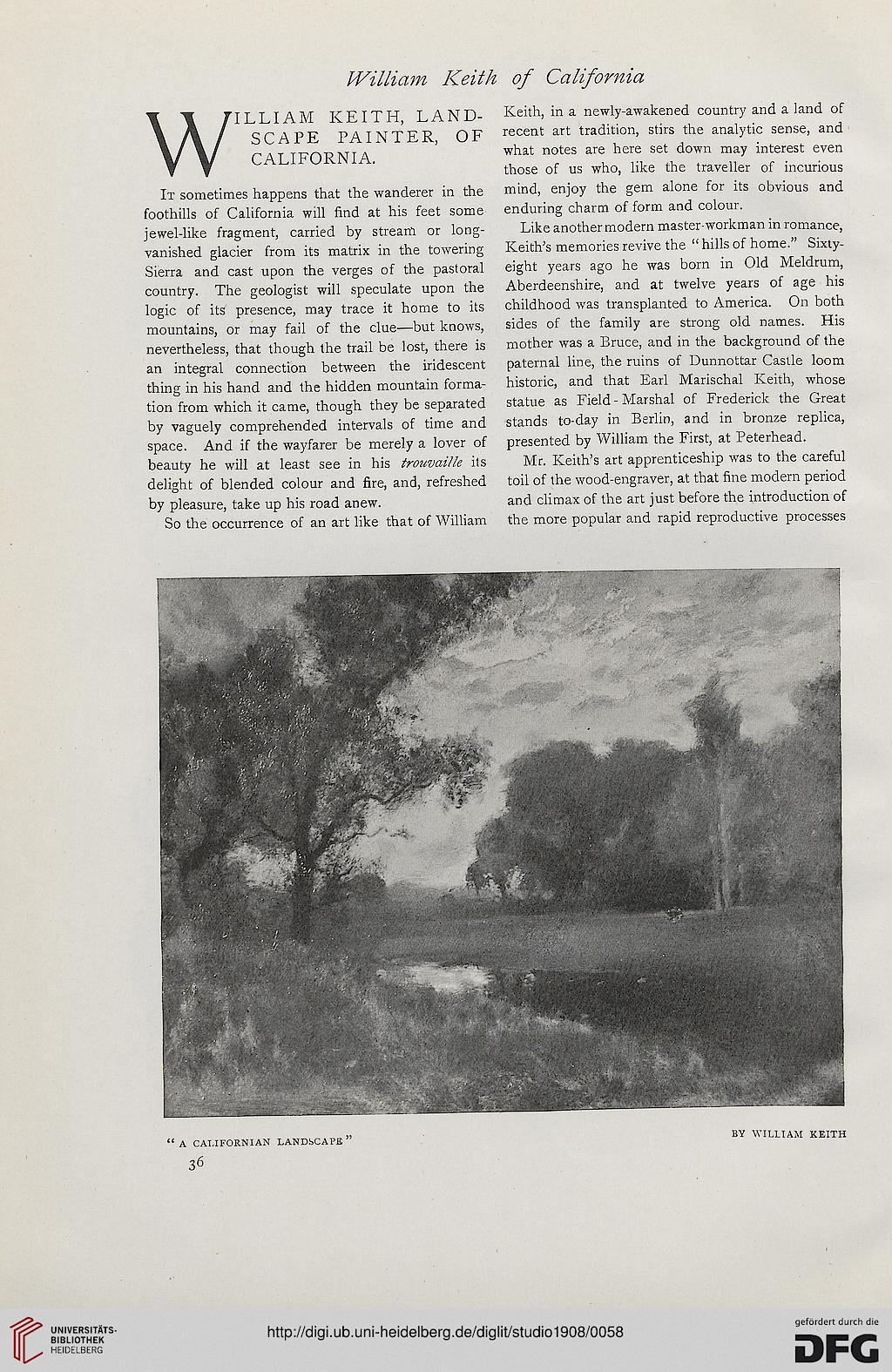 WILLIAM KEITH, LAND- Keith, in a newly-awakened country and a land of
SCAPE PAINTER OF recent art tradition, stirs the analytic sense, and
CALIFORNIA w^at notes are ^ere set down may interest even
those of us who, like the traveller of incurious
It sometimes happens that the wanderer in the mind, enjoy the gem alone for its obvious and
foothills of California will find at his feet some enduring charm of form and colour,
jewel-like fragment, carried by stream or long- Like anothermodern master-workman in romance,
vanished glacier from its matrix in the towering Keith's memories revive the " hills of home." Sixty-
Sierra and cast upon the verges of the pastoral eight years ago he was born in Old Meldrum,
country. The geologist will speculate upon the Aberdeenshire, and at twelve years of age his
logic of its presence, may trace it home to its childhood was transplanted to America. On both
mountains, or may fail of the clue—but knows, sides of the family are strong old names. His
nevertheless, that though the trail be lost, there is mother was a Bruce, and in the background of the
an integral connection between the iridescent paternal line, the ruins of Dunnottar Castle loom
thing in his hand and the hidden mountain forma- historic, and that Earl Marischal Keith, whose
tion from which it came, though they be separated statue as Field - Marshal of Frederick the Great
by vaguely comprehended intervals of time and stands to-day in Berlin, and in bronze replica,
space. And if the wayfarer be merely a lover of presented by William the First, at Peterhead,
beauty he will at least see in his trouvaille its Mr. Keith's art apprenticeship was to the careful
delight of blended colour and fire, and, refreshed toil of the wood-engraver, at that fine modern period
by pleasure, take up his road anew. and climax of the art just before the introduction of
So the occurrence of an art like that of William the more popular and rapid reproductive processes