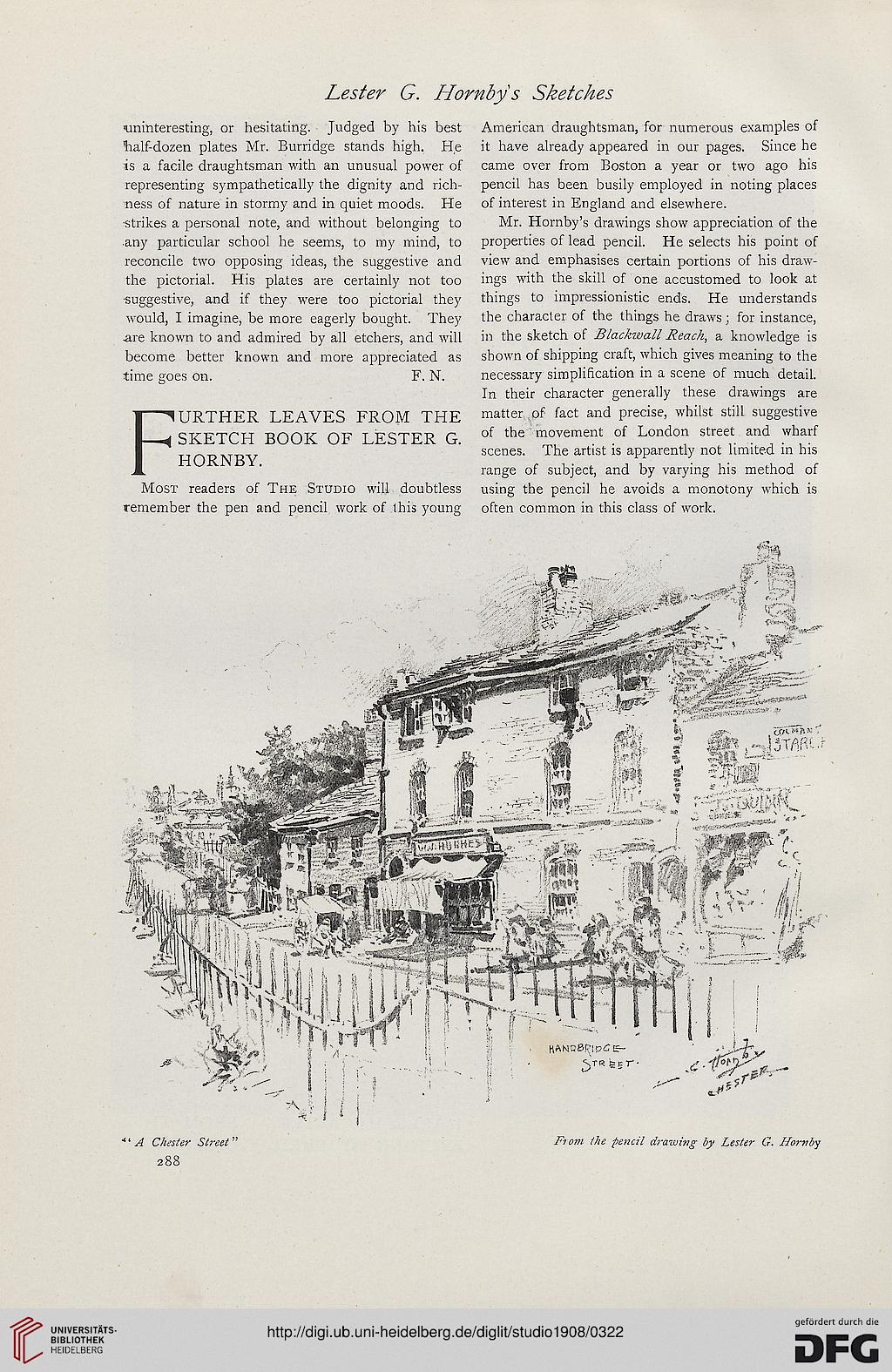 ■uninteresting, or hesitating. Judged by his best American draughtsman, for numerous examples of

half-dozen plates Mr. Burridge stands high. He it have already appeared in our pages. Since he

ness of nature in stormy and in quiet moods. He of interest in England and elsewhere,
strikes a personal note, and without belonging to Mr. Hornby's drawings show appreciation of the

■any particular school he seems, to my mind, to properties of lead pencil. He selects his point of

reconcile two opposing ideas, the suggestive and view and emphasises certain portions of his draw-

the pictorial. His plates are certainly not too ings with the skill of one accustomed to look at

■suggestive, and if they were too pictorial they things to impressionistic ends. He understands

would, I imagine, be more eagerly bought. They the character of the things he draws; for instance,

are known to and admired by all etchers, and will in the sketch of Blackwall Reach, a knowledge is

become better known and more appreciated as shown of shipping craft, which gives meaning to the

time goes on. F. N. necessary simplification in a scene of much detail.

In their character generally these drawings are

FURTHER LEAVES FROM THE matter of fact and precise, whilst still suggestive

HORNBY ' scenes- ^he art'st *s aPParentry not limited in his

range of subject, and by varying his method of

remember the pen and pencil work of this young often common in this class of work.