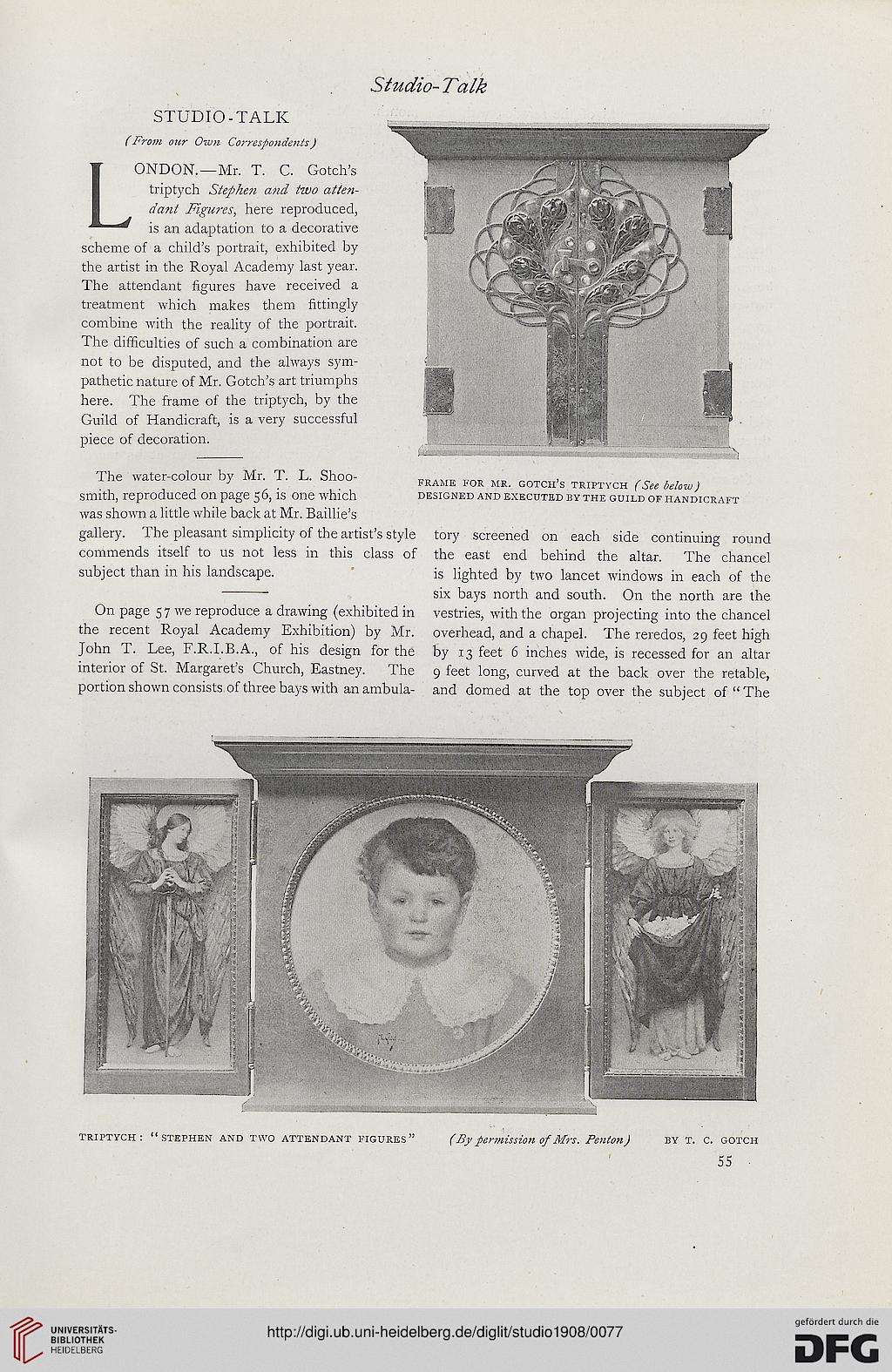 LONDON. —Mr. T. C. Gotch's
triptych Stephen and two atten-
dant Figures, here reproduced,
is an adaptation to a decorative
scheme of a child's portrait, exhibited by
the artist in the Royal Academy last year.
The attendant figures have received a
treatment which makes them fittingly
combine with the reality of the portrait.
The difficulties of such a combination are
not to be disputed, and the always sym-
pathetic nature of Mr. Gotch's art triumphs
here. The frame of the triptych, by the
Guild of Handicraft, is a very successful
piece of decoration.

smith, reproduced on page 5 6, is one which designed and executed by the guild of handicraft

was shown a little while back at Mr. Baillie's

gallery. The pleasant simplicity of the artist's style tory screened on each side continuing round
commends itself to us not less in this class of the east end behind the altar. The chancel
subject than in his landscape. is lighted by two lancet windows in each of the

- six bays north and south. On the north are the

On page 5 7 we reproduce a drawing (exhibited in vestries, with the organ projecting into the chancel

the recent Royal Academy Exhibition) by Mr. overhead, and a chapel. The reredos, 29 feet high

interior of St. Margaret's Church, Eastney. The 9 feet long, curved at the back over the retable,