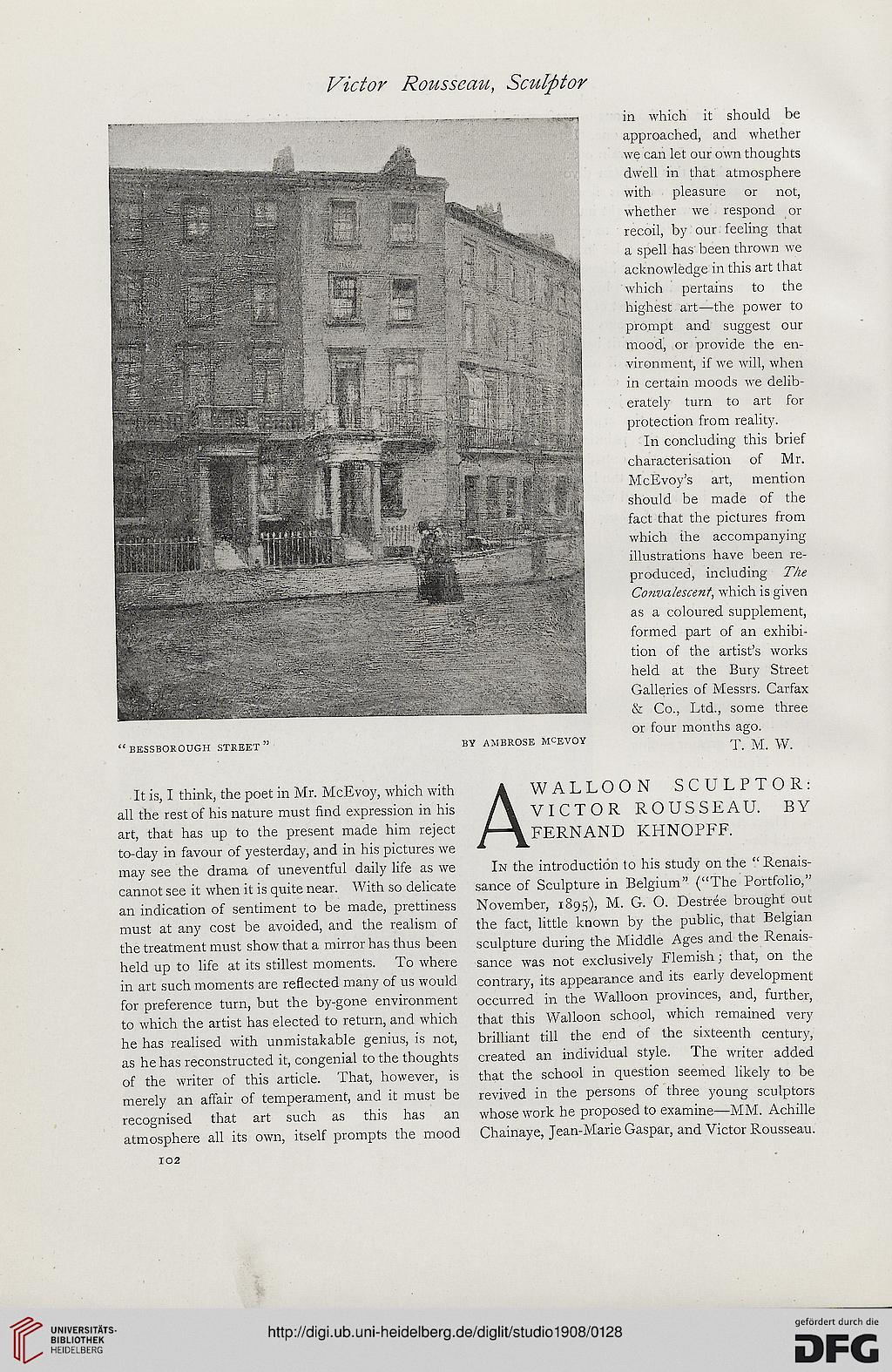 in which it should be
approached, and whether
we can let our own thoughts
dwell in that atmosphere
with pleasure or not,
whether we respond or
recoil, by our feeling that
a spell has been thrown we
acknowledge in this art that
which pertains to the
highest art—the power to
prompt and suggest our
mood, or provide the en-
vironment, if we will, when
in certain moods we delib-
erately turn to art for
protection from reality.

In concluding this brief
characterisation of Mr.
McEvoy's art, mention
should be made of the
fact that the pictures from
which the accompanying
illustrations have been re-
produced, including The
Convalescent, which is given
as a coloured supplement,
formed part of an exhibi-
tion of the artist's works
held at the Bury Street
Galleries of Messrs. Carfax
& Co., Ltd., some three
or four months ago.

It is, I think, the poet in Mr. McEvoy, which with
all the rest of his nature must find expression in his
art, that has up to the present made him reject
to-day in favour of yesterday, and in his pictures we
may see the drama of uneventful daily life as we
cannot see it when it is quite near. With so delicate
an indication of sentiment to be made, prettiness
must at any cost be avoided, and the realism of
the treatment must show that a mirror has thus been
held up to life at its stillest moments. To where
in art such moments are reflected many of us would
for preference turn, but the by-gone environment
to which the artist has elected to return, and which
he has realised with unmistakable genius, is not,
as he has reconstructed it, congenial to the thoughts
of the writer of this article. That, however, is
merely an affair of temperament, and it must be
recognised that art such as this has an
atmosphere all its own, itself prompts the mood
102

In the introduction to his study on the " Renais-
sance of Sculpture in Belgium" ("The Portfolio,"
November, 1895), M. G. O. Destree brought out
the fact, little known by the public, that Belgian
sculpture during the Middle Ages and the Renais-
sance was not exclusively Flemish; that, on the
contrary, its appearance and its early development
occurred in the Walloon provinces, and, further,
that this Walloon school, which remained very
brilliant till the end of the sixteenth century,
created an individual style. The writer added
that the school in question seemed likely to be
revived in the persons of three young sculptors
whose work he proposed to examine—MM. Achille
Chainaye, Jean-Marie Caspar, and Victor Rousseau.