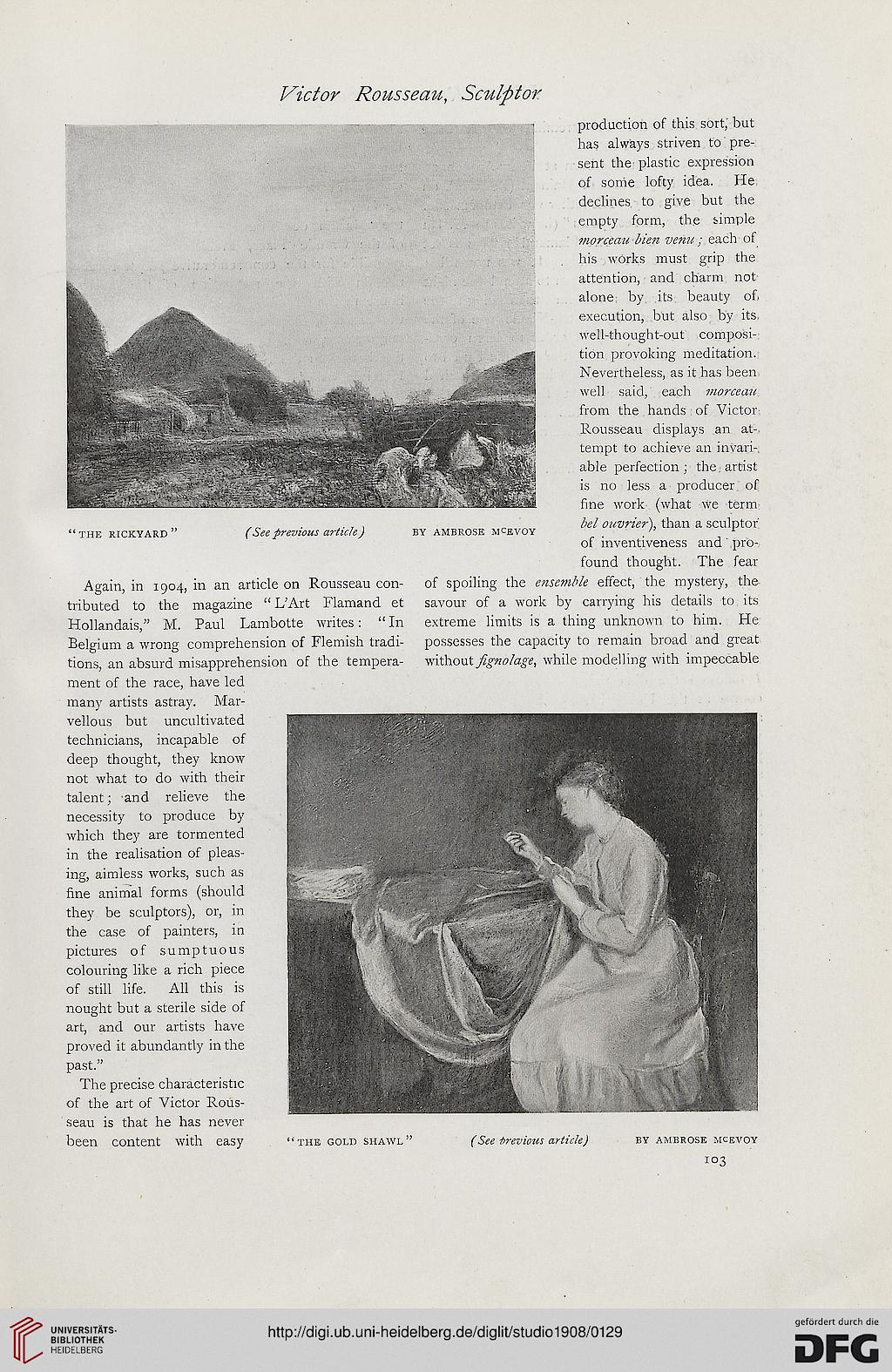 has always striven to pre-
sent the plastic expression
of some lofty idea. He,
declines to give but the
: empty form, the simple
morceau bien venu ; each of
his works must grip the

t attention, and charm not

HI I alone by its beauty of.

Nevertheless, as it has been

Rousseau displays an at-.

is no less a producer of

of inventiveness and pro-
found thought. The fear

Again, in 1904, in an article on Rousseau con- of spoiling the ensemble effect, the mystery, the
tributed to the magazine " L'Art Flamand et savour of a work by carrying his details to its
Hollandais," M. Paul Lambotte writes: "In extreme limits is a thing unknown to him. He
Belgium a wrong comprehension of Flemish tradi- possesses the capacity to remain broad and great
tions, an absurd misapprehension of the tempera- without fignolage, while modelling with impeccable
ment of the race, have led
many artists astray. Mar-
vellous but uncultivated
technicians, incapable of
deep thought, they know
not what to do with their
talent; and relieve the
necessity to produce by
which they are tormented
in the realisation of pleas-
ing, aimless works, such as
fine animal forms (should
they be sculptors), or, in
the case of painters, in
pictures of sumptuous
colouring like a rich piece
of still life. All this is
nought but a sterile side of
art, and our artists have
proved it abundantly in the
past."