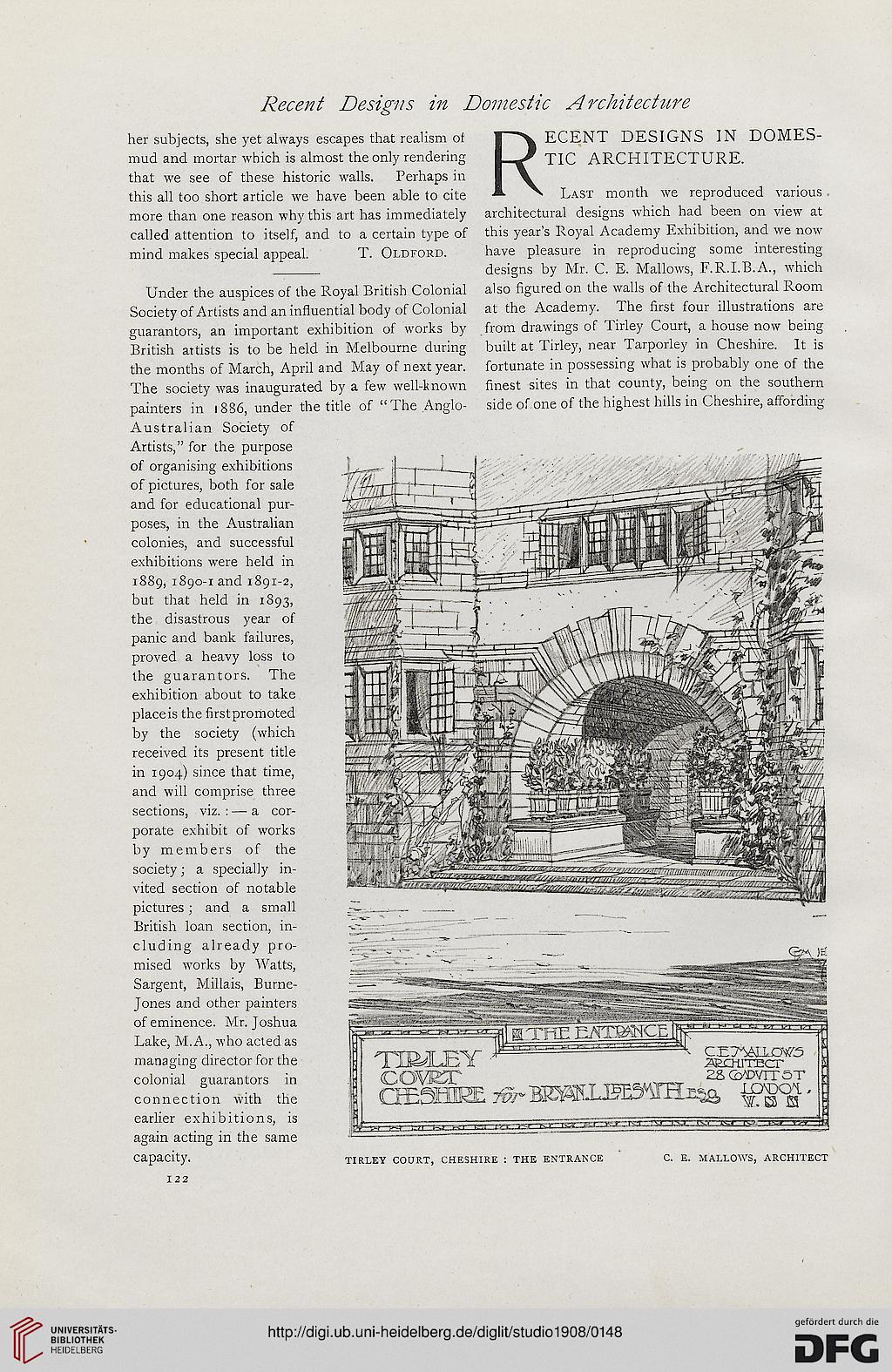 her subjects, she yet always escapes that realism of 1 "\ ECENT DESIGNS IN DOMES-
mud and mortar which is almost the only rendering I J TIC ARCHITECTURE.

that we see of these historic walls. Perhaps in

more than one reason why this art has immediately architectural designs which had been on view at
called attention to itself, and to a certain type of this year's Royal Academy Exhibition, and we now
mind makes special appeal. T. Oldford. have pleasure in reproducing some interesting

Under the auspices of the Royal British Colonial also figured on the walls of the Architectural Room
Society of Artists and an influential body of Colonial at the Academy. The first four illustrations are
guarantors, an important exhibition of works by from drawings of Tirley Court, a house now being
British artists is to be held in Melbourne during built at Tirley, near Tarporley in Cheshire. It is
the months of March, April and May of next year, fortunate in possessing what is probably one of the
The society was inaugurated by a few well-known finest sites in that county, being on the southern
painters in 1886, under the title of "The Anglo- side of one of the highest hills in Cheshire, affording
Australian Society of
Artists," for the purpose
of organising exhibitions
of pictures, both for sale
and for educational pur-
poses, in the Australian
colonies, and successful
exhibitions were held in
1889, 1890-1 and 189T-2,
but that held in 1893,
the disastrous year of
panic and bank failures,
proved a heavy loss to
the guarantors. The
exhibition about to take
place is the first promoted
by the society (which
received its present title
in 1904) since that time,
and will comprise three
sections, viz. : — a cor-
porate exhibit of works
by members of the
society; a specially in-
vited section of notable
pictures; and a small
British loan section, in-
cluding already pro-
mised works by Watts,
Sargent, Millais, Burne-
Jones and other painters
of eminence. Mr. Joshua
Lake, M. A., who acted as
managing director for the
colonial guarantors in
connection with the
earlier exhibitions, is
again acting in the same