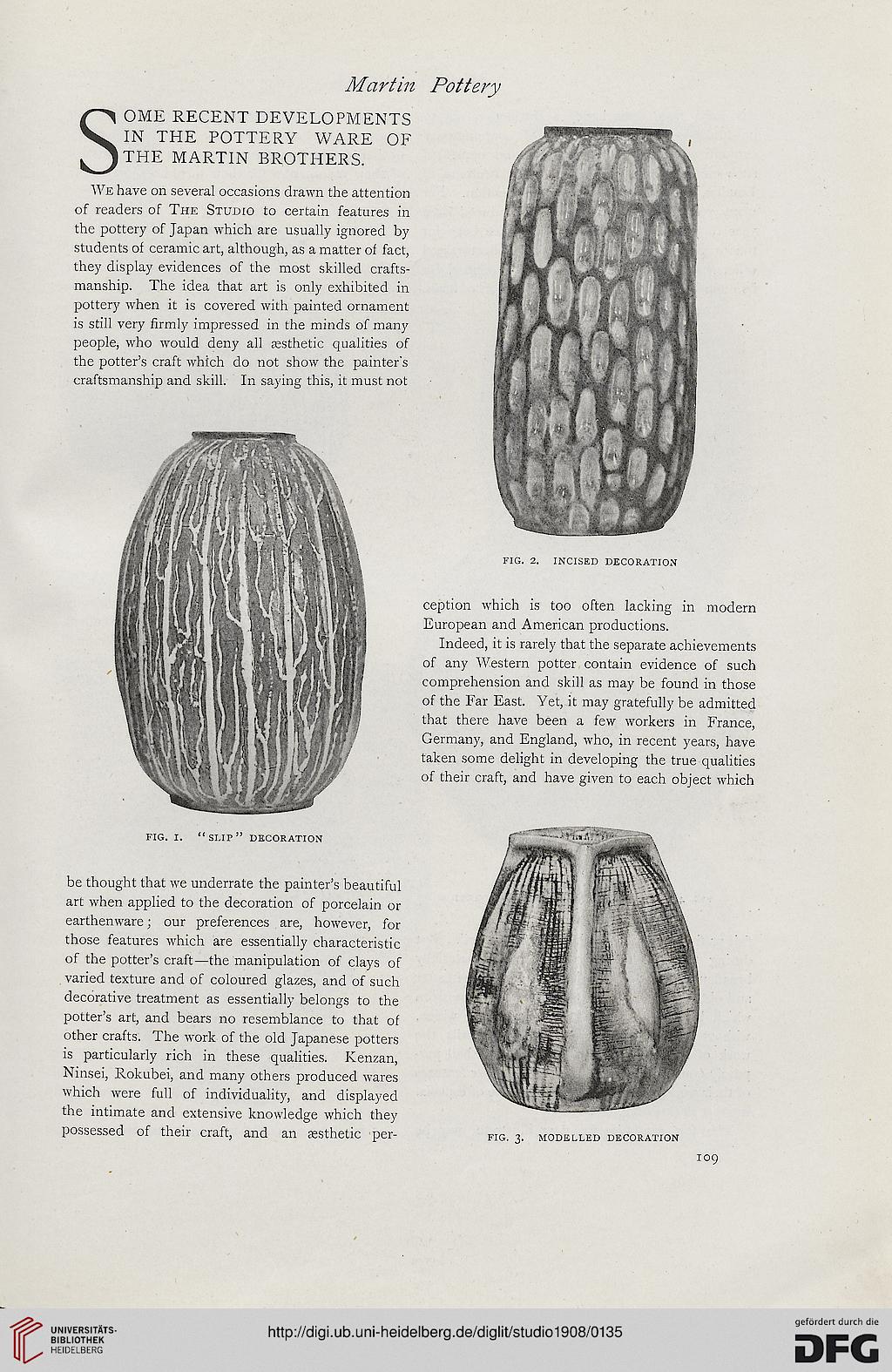 OME RECENT DEVELOPMENTS
IN THE POTTERY WARE OF
THE MARTIN BROTHERS.

We have on several occasions drawn the attention
of readers of The Studio to certain features in
the pottery of Japan which are usually ignored by
students of ceramic art, although, as a matter of fact,
they display evidences of the most skilled crafts-
manship. The idea that art is only exhibited in
pottery when it is covered with painted ornament
is still very firmly impressed in the minds of many
people, who would deny all esthetic qualities of
the potter's craft which do not show the painter's
craftsmanship and skill. In saying this, it must not

be thought that we underrate the painter's beautiful
art when applied to the decoration of porcelain or
earthenware; our preferences are, however, for
those features which are essentially characteristic
of the potter's craft—the manipulation of clays of
varied texture and of coloured glazes, and of such
decorative treatment as essentially belongs to the
potter's art, and bears no resemblance to that of
other crafts. The work of the old Japanese potters
is particularly rich in these qualities. Kenzan,
Ninsei, Rokubei, and many others produced wares
which were full of individuality, and displayed
the intimate and extensive knowledge which they
possessed of their craft, and an aesthetic per-

ception which is too often lacking in modern
European and American productions.

Indeed, it is rarely that the separate achievements
of any Western potter contain evidence of such
comprehension and skill as may be found in those
of the Far East. Yet, it may gratefully be admitted
that there have been a few workers in France,
Germany, and England, who, in recent years, have
taken some delight in developing the true qualities
of their craft, and have given to each object which