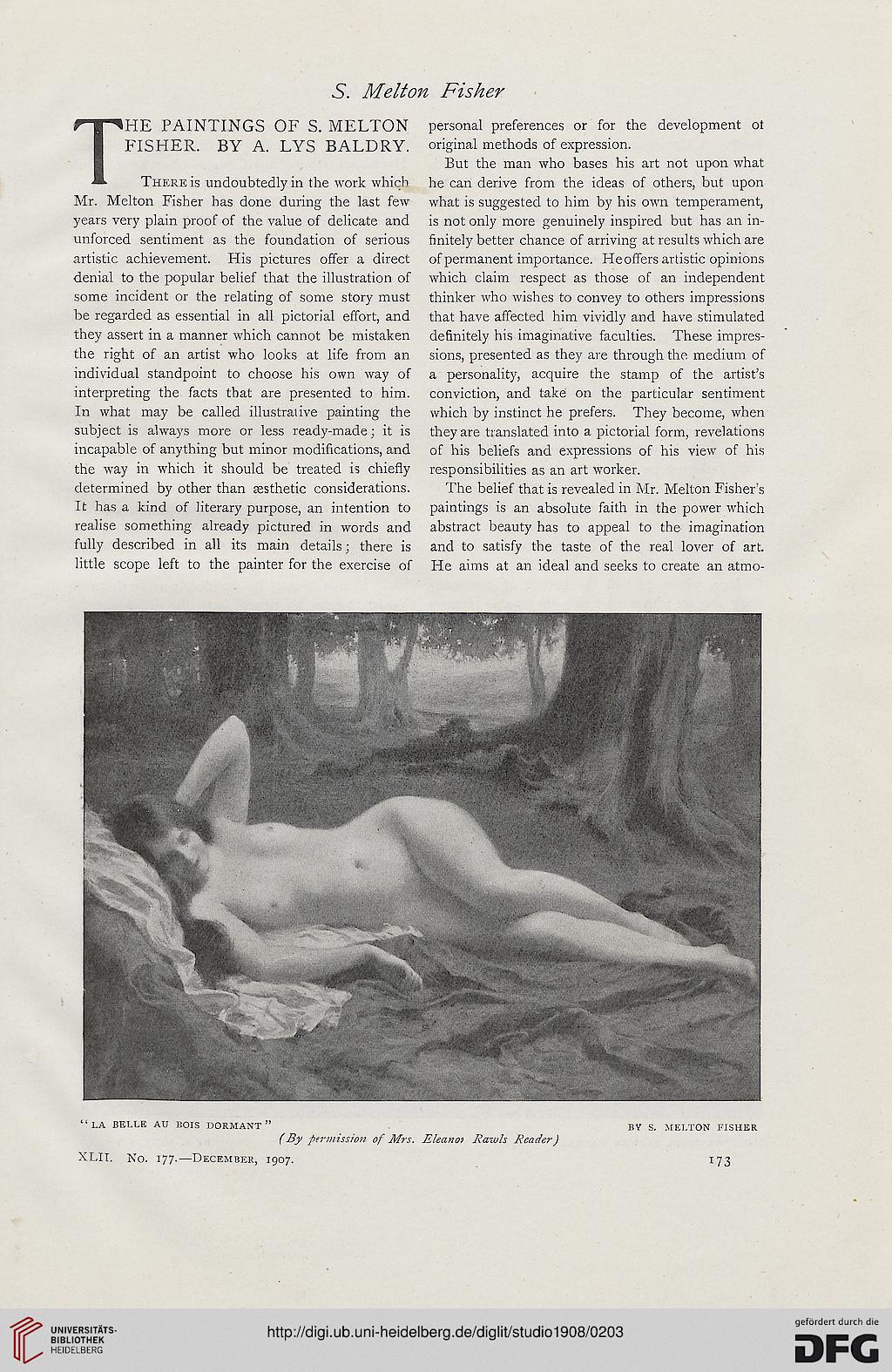 THE PAINTINGS OF S. MELTON personal preferences or for the development ot
FISHER. BY A. LYS BALDRY. original methods of expression.
But the man who bases his art not upon what
There is undoubtedly in the work which he can derive from the ideas of others, but upon
Mr. Melton Fisher has done during the last few what is suggested to him by his own temperament,
years very plain proof of the value of delicate and is not only more genuinely inspired but has an in-
unforced sentiment as the foundation of serious finitely better chance of arriving at results which are
artistic achievement. His pictures offer a direct of permanent importance. Heoffers artistic opinions
denial to the popular belief that the illustration of which claim respect as those of an independent
some incident or the relating of some story must thinker who wishes to convey to others impressions
be regarded as essential in all pictorial effort, and that have affected him vividly and have stimulated
they assert in a manner which cannot be mistaken definitely his imaginative faculties. These impres-
the right of an artist who looks at life from an sions, presented as they are through the medium of
individual standpoint to choose his own way of a personality, acquire the stamp of the artist's
interpreting the facts that are presented to him. conviction, and take on the particular sentiment
In what may be called illustrative painting the which by instinct he prefers. They become, when
subject is always more or less ready-made; it is they are translated into a pictorial form, revelations
incapable of anything but minor modifications, and of his beliefs and expressions of his view of his
the way in which it should be treated is chiefly responsibilities as an art worker,
determined by other than aesthetic considerations. The belief that is revealed in Mr. Melton Fisher's
It has a kind of literary purpose, an intention to paintings is an absolute faith in the power which
realise something already pictured in words and abstract beauty has to appeal to the imagination
fully described in all its main details; there is and to satisfy the taste of the real lover of art.
little scope left to the painter for the exercise of He aims at an ideal and seeks to create an atmo-