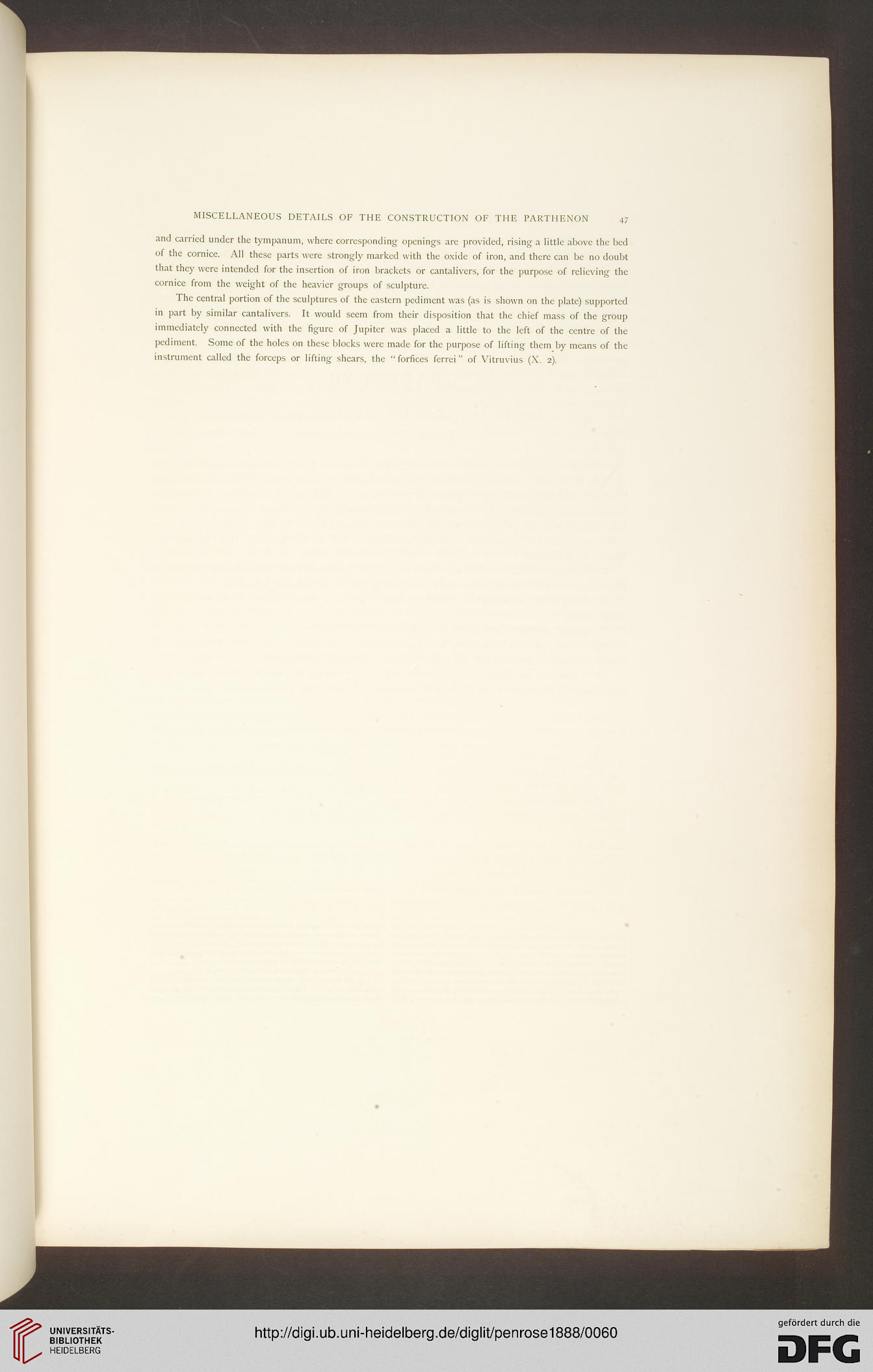 and carried under the tympanum, where corresponding openings are provided, rising a little above the bed
of the cornice. All these parts were strongly marked with the oxide of iron, and there can be no doubt
that they were intended for the insertion of iron brackets or cantalivers, for the purpose of relieving the
cornice from the weight of the heavier groups of sculpture.

The central portion of the sculptures of the eastern pediment was (as is shown on the plate) supported
in part by similar cantalivers. It would seem from their disposition that the chief mass of the group
immediately connected with the figure of Jupiter was placed a little to the left of the centre of the
pediment. Some of the holes on these blocks were made for the purpose of lifting them by means of the
instrument called the forceps or lifting shears, the " forfices ferrei" of Vitruvius (X. 2).