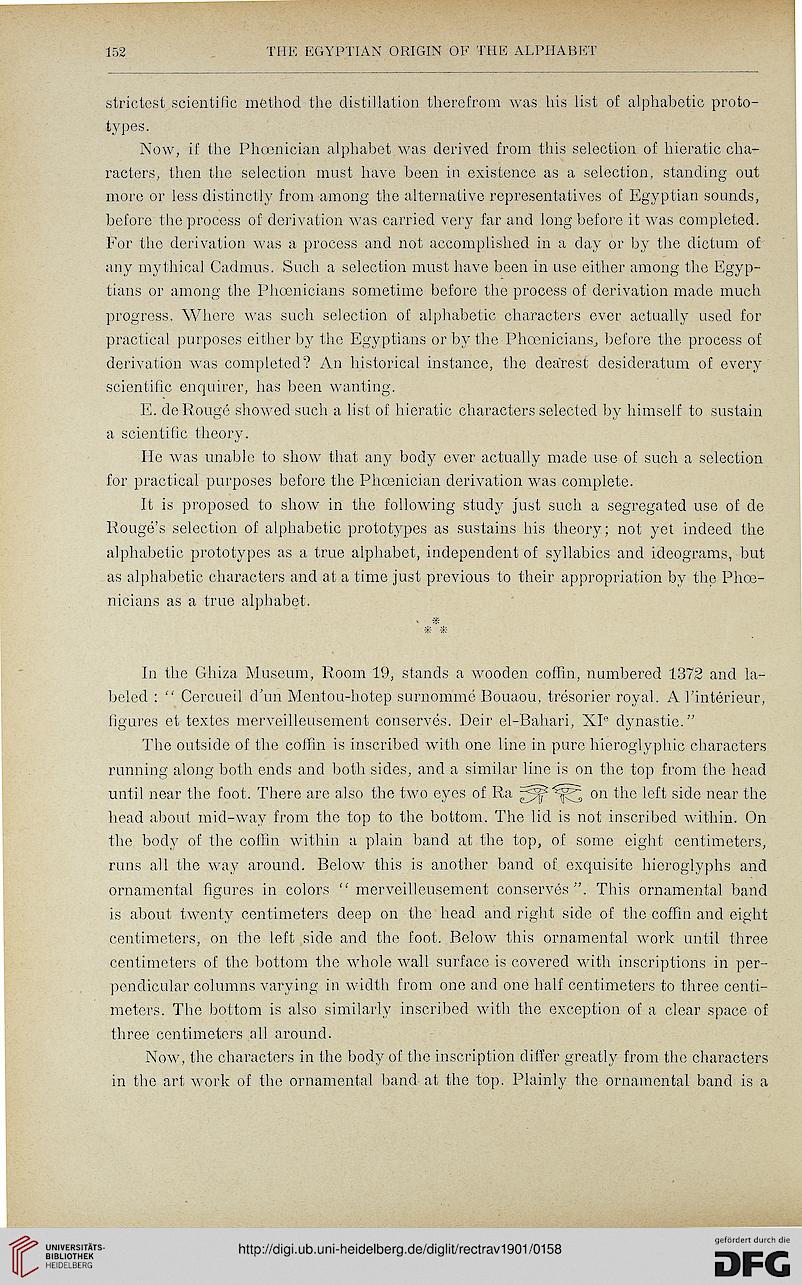 THE EGYPTIAN ORIGIN OF THE ALPHABET

strictest scientifîc method the distillation therefrom was his list of alphabetic proto-
types.

Now, if the Phœnician alphabet was derived from this sélection of hieratic cha-
racters, then the sélection must have been in existence as a sélection, standing out
more or less distinctly from among the alternative représentatives of Egyptian sounds,
before the process of dérivation was carried very far and long before it was completed.
For the dérivation was a process and not accomplished in a day or by the dictum of
any mythical Cadmns. Such a sélection must have been in use either among the Egyp-
tians or among the Phœnicians sometime before the process of dérivation made much
progress. Where was such sélection of alphabetic characters ever actually used for
practical purposes either by the Egyptians or by the Phœnicians^ before the process of
dérivation was completed? An historical instance, the deàrest desideratum of every
scientifîc enquirer, has been wanting.

E. de Rougé showed such a list of hieratic characters selected by himself to sustain
a scientifîc theory.

He Avas unable to show that any body ever actually made use of such a sélection
for practical purposes before the Phœnician dérivation was complète.

The outside of the coffin is inscribed with one line in pure hieroglyphic characters
running along both ends and both sides, and a similar line is on the top from the head
until near the foot. There are also the two eyes of Ra ^^^2, on the left side near the
head about mid-way from the top to the bottom. The lid is not inscribed within. On
the body of the coffin within a plain band at the top, of some eight centimeters,
runs ail the way around. Below this is another band of exquisite hieroglyphs and
ornamental figures in colors " merveilleusement conservés". This ornamental band
is about twenty centimeters deep on the head and right side of the coffin and eight
centimeters, on the left side and the foot. Below this ornamental work until three
centimeters of the bottom the whole wall surface is covered with inscriptions in per-
pendicular columns varying in width from one and one half centimeters to three centi-
meters. The bottom is also similarly inscribed with the exception of a clear space of
three centimeters ail around.