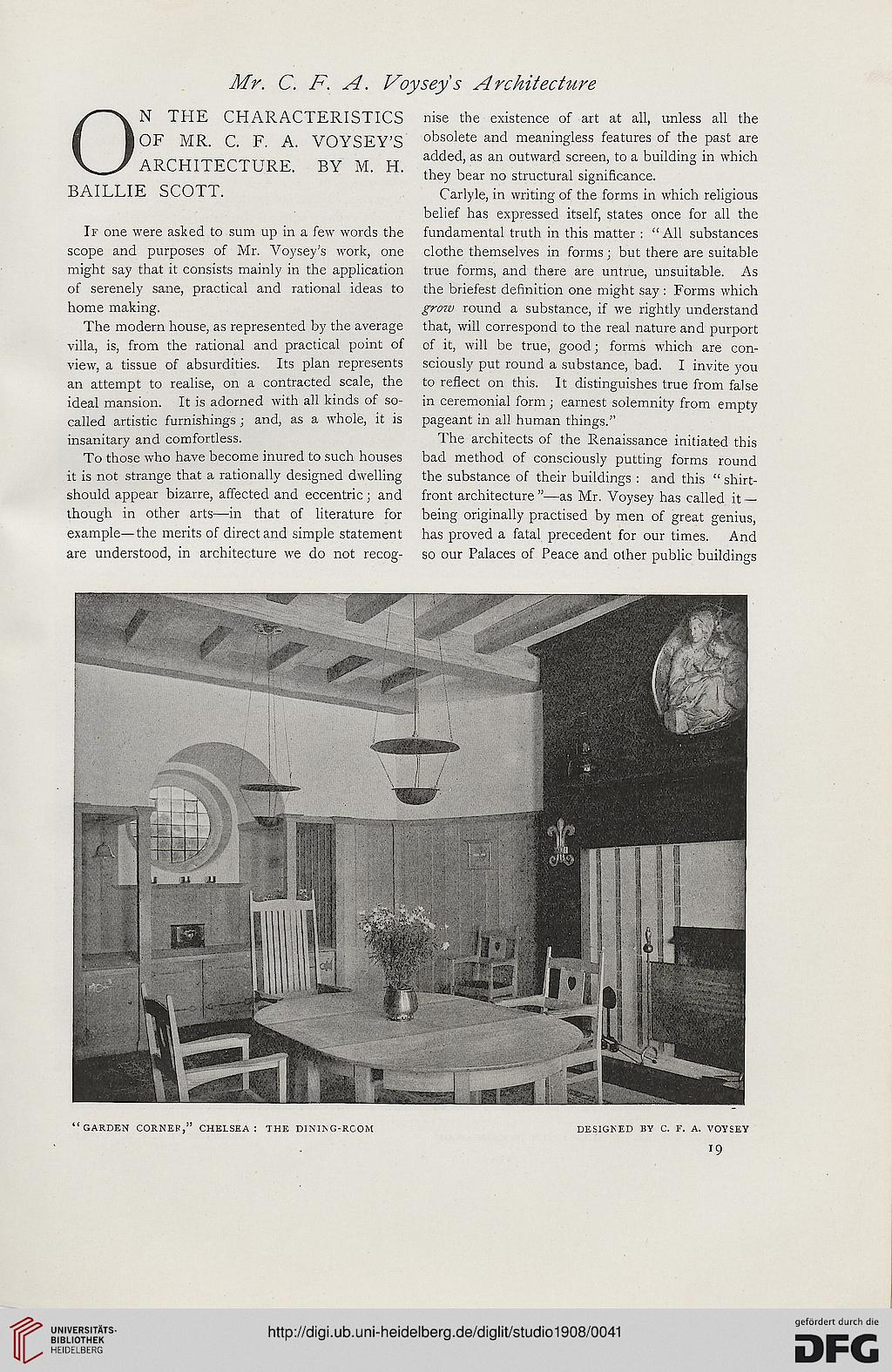 ON THE CHARACTERISTICS nise the existence of art at all, unless all the

BAILLIE SCOTT. Carlyle, in writing of the forms in which religious

belief has expressed itself, states once for all the

If one were asked to sum up in a few words the fundamental truth in this matter : "All substances

scope and purposes of Mr. Voysey's work, one clothe themselves in forms; but there are suitable

might say that it consists mainly in the application true forms, and there are untrue, unsuitable. As

of serenely sane, practical and rational ideas to the briefest definition one might say: Forms which

home making. grow round a substance, if we rightly understand

The modern house, as represented by the average that, will correspond to the real nature and purport
villa, is, from the rational and practical point of of it, will be true, good; forms which are con-
view, a tissue of absurdities. Its plan represents sciously put round a substance, bad. I invite you
an attempt to realise, on a contracted scale, the to reflect on this. It distinguishes true from false
ideal mansion. It is adorned with all kinds of so- in ceremonial form; earnest solemnity from empty
called artistic furnishings ; and, as a whole, it is pageant in all human things."

insanitary and comfortless. The architects of the Renaissance initiated this
To those who have become inured to such houses bad method of consciously putting forms round
it is not strange that a rationally designed dwelling the substance of their buildings : and this " shirt-
should appear bizarre, affected and eccentric ; and front architecture "—as Mr. Voysey has called it —
though in other arts—in that of literature for being originally practised by men of great genius,
example—the merits of direct and simple statement has proved a fatal precedent for our times. And
are understood, in architecture we do not recog- so our Palaces of Peace and other public buildings