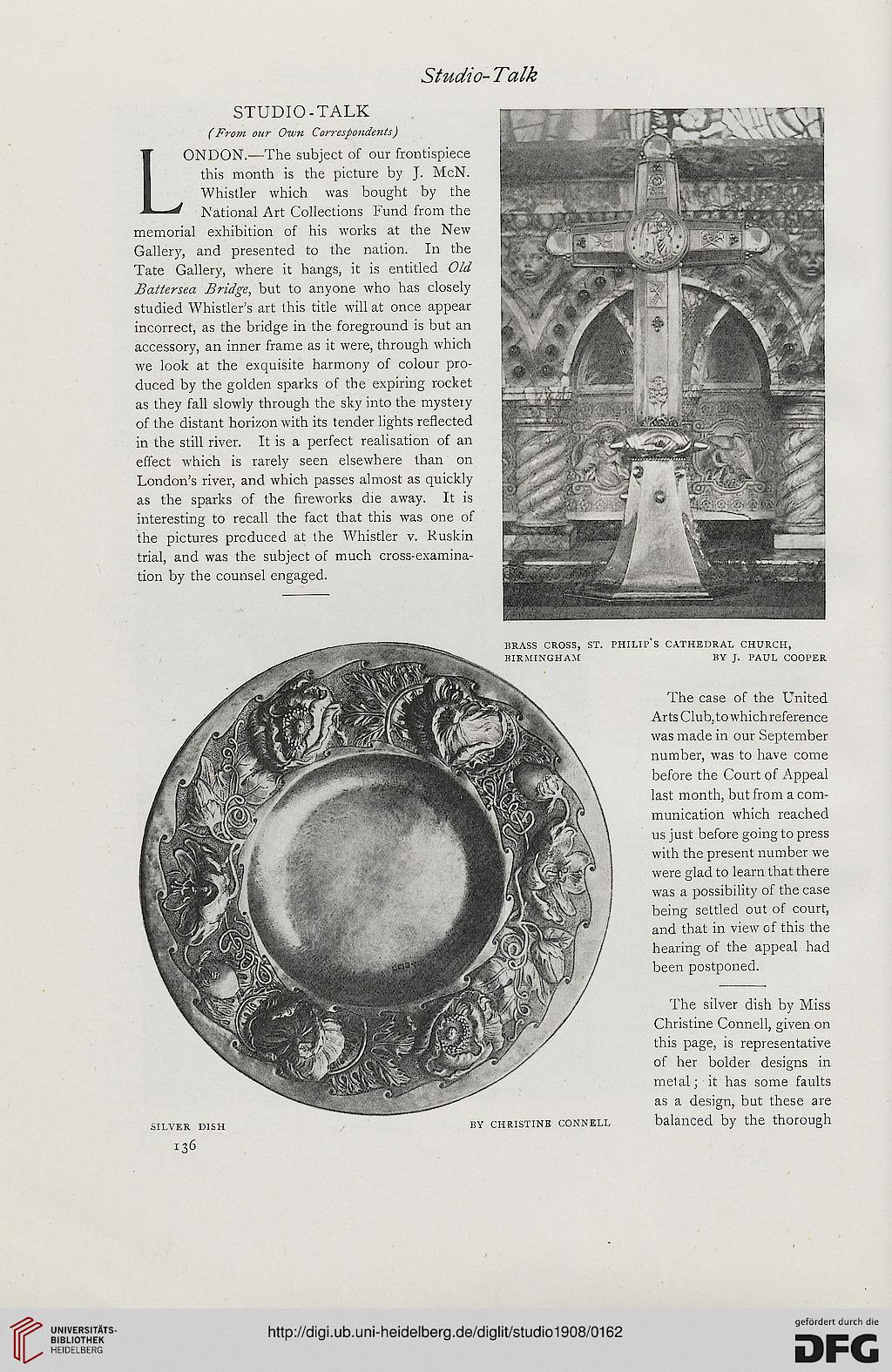 LONDON.—The subject of our frontispiece
this month is the picture by J. McN.
Whistler which was bought by the
National Art Collections Fund from the
memorial exhibition of his works at the New
Gallery, and presented to the nation. In the
Tate Gallery, where it hangs, it is entitled Old
Battersea Bridge, but to anyone who has closely
studied Whistler's art this title will at once appear
incorrect, as the bridge in the foreground is but an
accessory, an inner frame as it were, through which
we look at the exquisite harmony of colour pro-
duced by the golden sparks of the expiring rocket
as they fall slowly through the sky into the mysteiy
of the distant horizon with its tender lights reflected
in the still river. It is a perfect realisation of an
effect which is rarely seen elsewhere than on
London's river, and which passes almost as quickly
as the sparks of the fireworks die away. It is
interesting to recall the fact that this was one of
the pictures produced at the Whistler v. Kuskin
trial, and was the subject of much cross-examina-
tion by the counsel engaged.

The case of the United
Arts Club, to which reference
was made in our September
number, was to have come
before the Court of Appeal
last month, but from a com-
munication which reached
us just before going to press
with the present number we
were glad to learn that there
was a possibility of the case
being settled out of court,
and that in view of this the
hearing of the appeal had
been postponed.

The silver dish by Miss
Christine Connell, given on
this page, is representative
of her bolder designs in
metal; it has some faults
as a design, but these are
silver dish by Christine connell balanced by the thorough