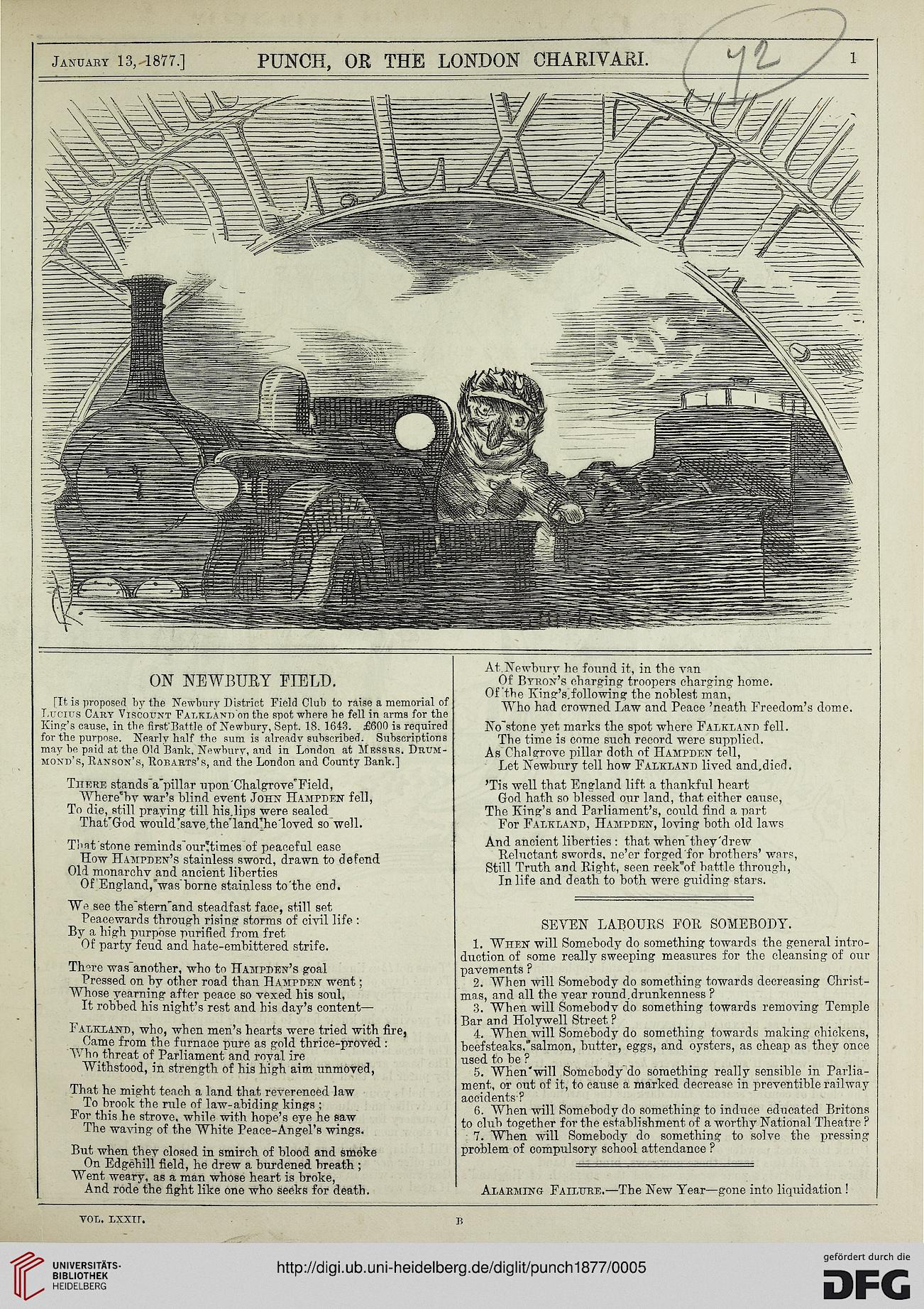 [It is proposed by the Newbury District Field Club to raise a memorial of
Lucius Cary Viscount Falkland^ the spot where he fell in arms for the
King's cause, in the first'Batt.le of Newbury, Sept. 18. 1643. £600 is required
for the purpose. Nearly half the sum is already subscribed. Subscriptions
may be paid at the Old Bank, Newbury, and in London at Messrs. Drum-
MONd's, Ban-son's, Hobarts's, and the London and County Bank.]

By a high purpose purified from fret

Of party feud and hate-embittered strife.

There was~another, who to Hampden's goal
Pressed on by other road than Hampden went;

Whose yearning after peace so vexed his soul,
It robbed his night's rest and his day's content—

Falkland, who, when men's hearts were tried with fire5
^Came from the furnace pure as gold thrice-proved :

Who threat of Parliament and royal ire
"Withstood, in strength of his high aim unmoved,

That be might teach a land that reverenced law

To brook the rule of law-abiding kings ;
For this be strove, while with hope's eye he saw

The waving of the White Peace-Angel's wings.

But when they closed in smirch of blood and smoke
On Edgebili field, be drew a burdened breath ;

Went weary, as a man whose heart is broke,
And rode the fight like one who seeks for death.

At.Newbury he found it, in the van

Of the Kiner's.followins: the noblest man,

Who had crowned Law and Peace 'neatb Freedom's dome.

No'stone yet marks the spot where Falkland fell.

The time is come such record were supplied.
As Chnlgrove pillar doth of Hampden tell,

'Tis well that England lift a thankful heart
God hath so blessed our land, that either cause,

The King's and Parliament's, could find a part
For Falkland, Hampden, loving both old laws

And ancient liberties : that when" they'drew

Still Truth and Right, seen reek'of battle through,
In life and death to both were guiding stars.

SEVEN LABOURS FOR SOMEBODY.

1. When will Somebody do something towards the general intro-
duction of some really sweeping measures for the cleansing of our
pavements ?

2. When will Somebody do something towards decreasing Christ-
mas, and all the year round.drunkenness ?

3. When will Somebody do something towards removing Temple
Bar and Holywell Street ?

4. When will Somebody do something towards making chickens,
beefsteaks,"salmon, butter, eggs, and oysters, as cheap as they once
used to be ?

5. When'will Somebody do something really sensible in Parlia-
ment, or out of it, to cause a marked decrease in preventible railway
accidents ?

6. When will Somebody do something to induce educated Britons
to club together for the establishment of a worthy National Theatre ?

7. When will Somebody do something to solve the pressing
problem of compulsory school attendance ?