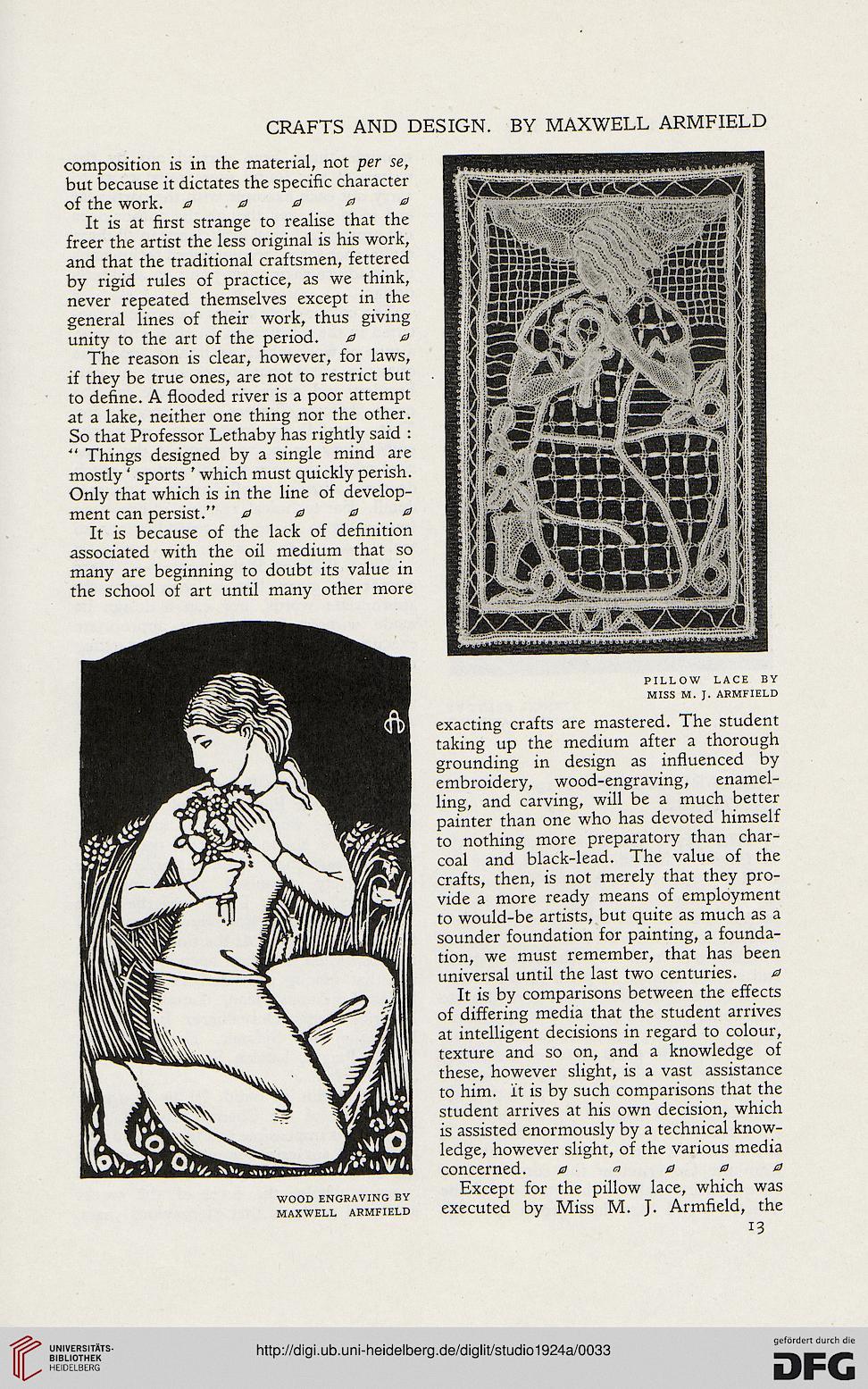 Information about OCR text
CRAFTS AND DESIGN. BY MAXWELL ARMFIELD

composition is in the material, not per se,
but because it dictates the specific character
of the work, a a 0 0 0

It is at first strange to realise that the
freer the artist the less original is his work,
and that the traditional craftsmen, fettered
by rigid rules of practice, as we think,
never repeated themselves except in the
general lines of their work, thus giving
unity to the art of the period. 0 0

The reason is clear, however, for laws,
if they be true ones, are not to restrict but
to define. A flooded river is a poor attempt
at a lake, neither one thing nor the other.
So that Professor Lethaby has rightly said :
" Things designed by a single mind are
mostly' sports ' which must quickly perish.
Only that which is in the line of develop-
ment can persist." 0000

exacting crafts are mastered. The student
taking up the medium after a thorough
grounding in design as influenced by
embroidery, wood-engraving, enamel-
ling, and carving, will be a much better
painter than one who has devoted himself
to nothing more preparatory than char-
coal and black-lead. The value of the
crafts, then, is not merely that they pro-
vide a more ready means of employment
to would-be artists, but quite as much as a
sounder foundation for painting, a founda-
tion, we must remember, that has been
universal until the last two centuries. 0

It is by comparisons between the effects
of differing media that the student arrives
at intelligent decisions in regard to colour,
texture and so on, and a knowledge of
these, however slight, is a vast assistance
to him. it is by such comparisons that the
student arrives at his own decision, which
is assisted enormously by a technical know-
ledge, however slight, of the various media
concerned. 00000

Except for the pillow lace, which was
executed by Miss M. J. Armfield, the