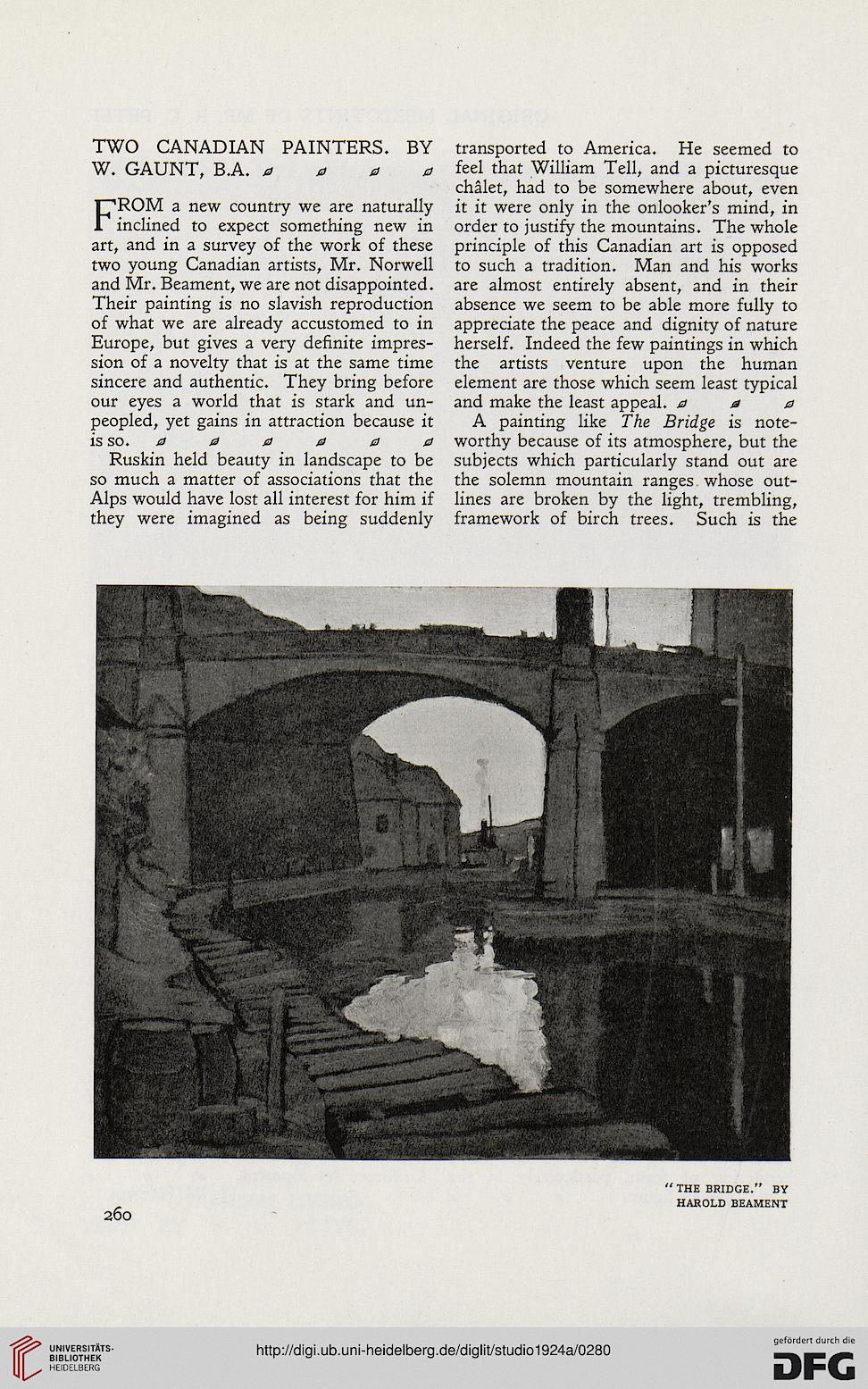 Information about OCR text
TWO CANADIAN PAINTERS. BY
W. GAUNT, B.A. a a a a

FROM a new country we are naturally
inclined to expect something new in
art, and in a survey of the work of these
two young Canadian artists, Mr. Norwell
and Mr. Beament, we are not disappointed.
Their painting is no slavish reproduction
of what we are already accustomed to in
Europe, but gives a very definite impres-
sion of a novelty that is at the same time
sincere and authentic. They bring before
our eyes a world that is stark and un-
peopled, yet gains in attraction because it
is so. a a a a a a
Ruskin held beauty in landscape to be
so much a matter of associations that the
Alps would have lost all interest for him if
they were imagined as being suddenly

transported to America. He seemed to
feel that William Tell, and a picturesque
chalet, had to be somewhere about, even
it it were only in the onlooker's mind, in
order to justify the mountains. The whole
principle of this Canadian art is opposed
to such a tradition. Man and his works
are almost entirely absent, and in their
absence we seem to be able more fully to
appreciate the peace and dignity of nature
herself. Indeed the few paintings in which
the artists venture upon the human
element are those which seem least typical
and make the least appeal, a a a
A painting like The Bridge is note-
worthy because of its atmosphere, but the
subjects which particularly stand out are
the solemn mountain ranges whose out-
lines are broken by the light, trembling,
framework of birch trees. Such is the

" THE BRIDGE." BY
HAROLD BEAMENT