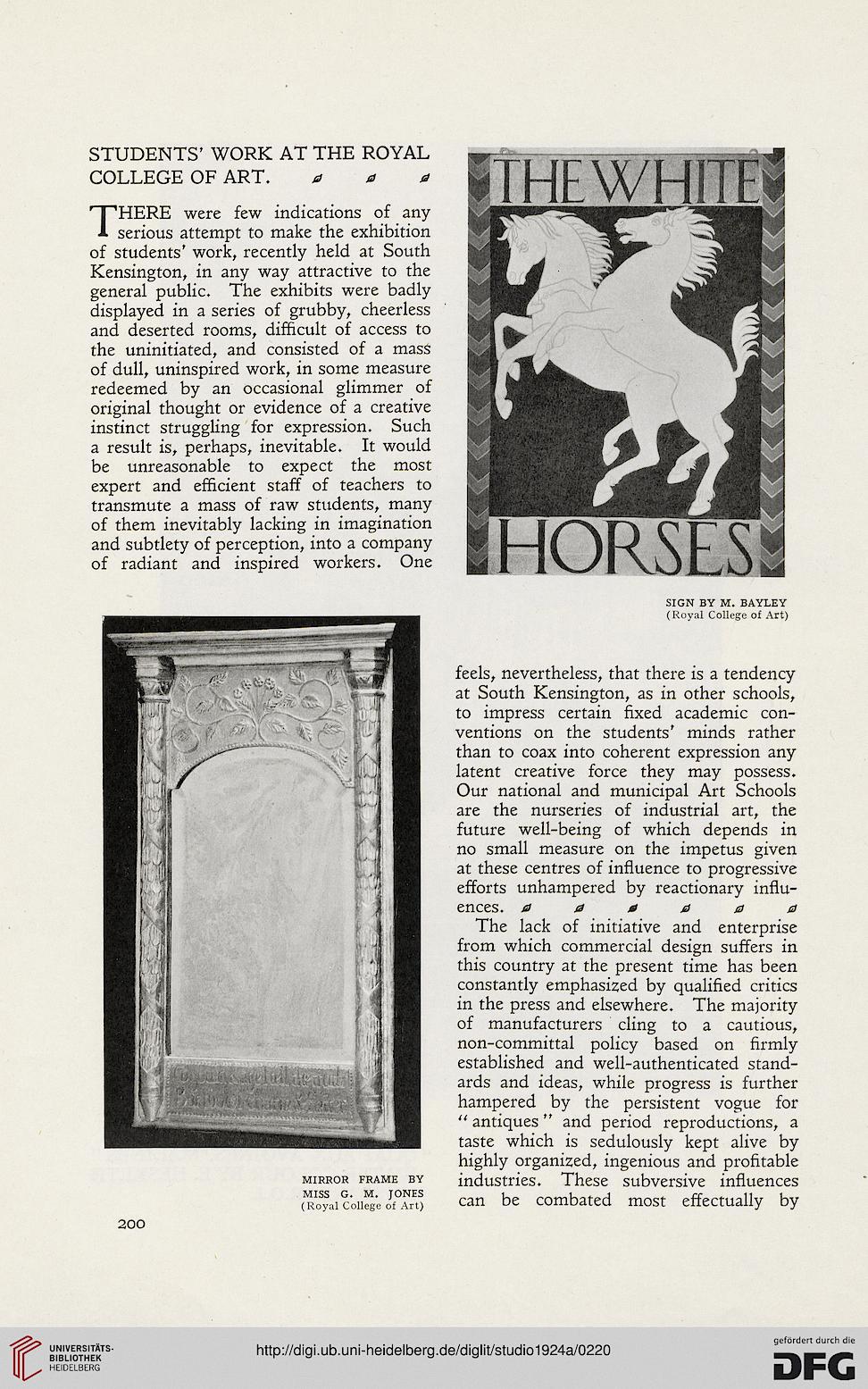 Information about OCR text
STUDENTS' WORK AT THE ROYAL
COLLEGE OF ART. a a a

THERE were few indications of any
serious attempt to make the exhibition
of students' work, recently held at South
Kensington, in any way attractive to the
general public. The exhibits were badly
displayed in a series of grubby, cheerless
and deserted rooms, difficult of access to
the uninitiated, and consisted of a mass
of dull, uninspired work, in some measure
redeemed by an occasional glimmer of
original thought or evidence of a creative
instinct struggling for expression. Such
a result is, perhaps, inevitable. It would
be unreasonable to expect the most
expert and efficient staff of teachers to
transmute a mass of raw students, many
of them inevitably lacking in imagination
and subtlety of perception, into a company
of radiant and inspired workers. One

feels, nevertheless, that there is a tendency
at South Kensington, as in other schools,
to impress certain fixed academic con-
ventions on the students' minds rather
than to coax into coherent expression any
latent creative force they may possess.
Our national and municipal Art Schools
are the nurseries of industrial art, the
future well-being of which depends in
no small measure on the impetus given
at these centres of influence to progressive
efforts unhampered by reactionary influ-
ences, a a 0 a a a
The lack of initiative and enterprise
from which commercial design suffers in
this country at the present time has been
constantly emphasized by qualified critics
in the press and elsewhere. The majority
of manufacturers cling to a cautious,
non-committal policy based on firmly
established and well-authenticated stand-
ards and ideas, while progress is further
hampered by the persistent vogue for
" antiques" and period reproductions, a
taste which is sedulously kept alive by
highly organized, ingenious and profitable
industries. These subversive influences
can be combated most effectually by