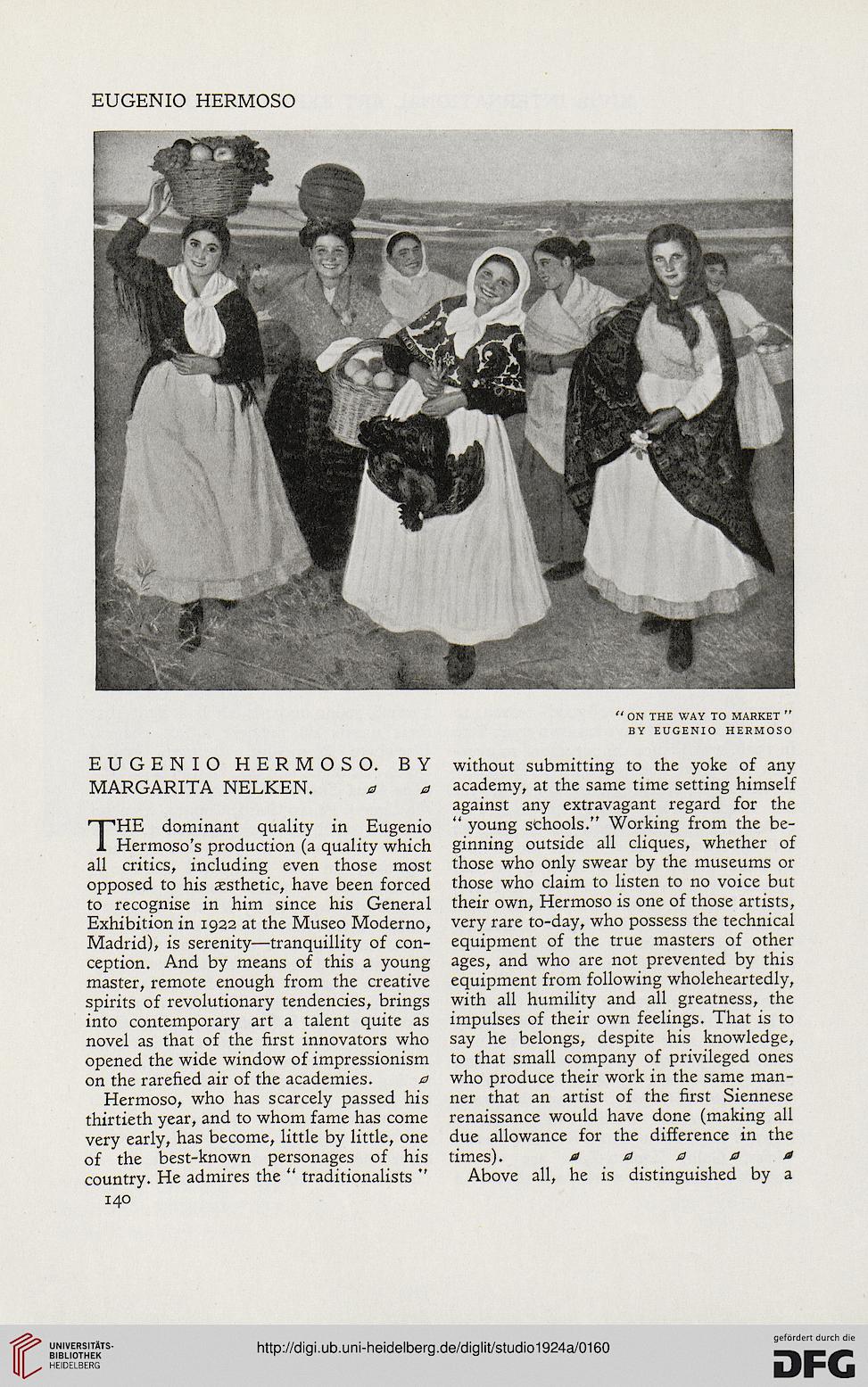 "ON THE WAY TO MARKET "
BY EUGENIO HERMOSO

EUGENIO HERMOSO. BY without submitting to the yoke of any

MARGARITA NELKEN. a 0 academy, at the same time setting himself

against any extravagant regard for the

THE dominant quality in Eugenio " young schools." Working from the be-

Hermoso's production (a quality which ginning outside all cliques, whether of

all critics, including even those most those who only swear by the museums or

opposed to his aesthetic, have been forced those who claim to listen to no voice but

to recognise in him since his General their own, Hermoso is one of those artists,

Exhibition in 1922 at the Museo Moderno, very rare to-day, who possess the technical

Madrid), is serenity—tranquillity of con- equipment of the true masters of other

ception. And by means of this a young ages, and who are not prevented by this

master, remote enough from the creative equipment from following wholeheartedly,

spirits of revolutionary tendencies, brings with all humility and all greatness, the

into contemporary art a talent quite as impulses of their own feelings. That is to

novel as that of the first innovators who say he belongs, despite his knowledge,

on the rarefied air of the academies. a who produce their work in the same man-

Hermoso, who has scarcely passed his ner that an artist of the first Siennese

thirtieth year, and to whom fame has come renaissance would have done (making all

very early, has become, little by little, one due allowance for the difference in the

of the best-known personages of his times). a a 0 a a

country. He admires the " traditionalists *' Above all, he is distinguished by a
140