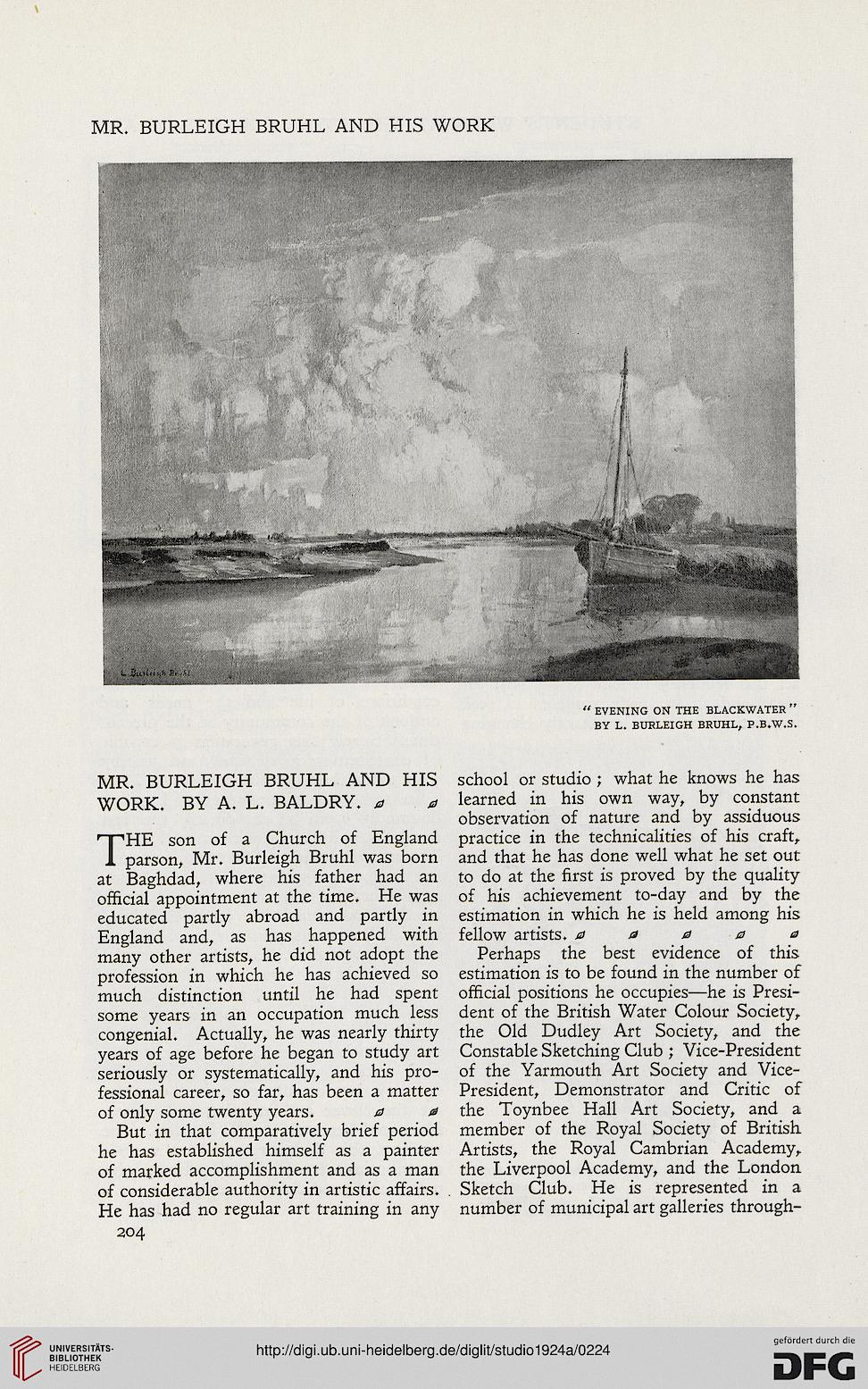 Information about OCR text
MR. BURLEIGH BRUHL AND HIS WORK

" EVENING ON THE BLACKWATER
BY L. BURLEIGH BRUHL, P.B.W.S.

MR. BURLEIGH BRUHL AND HIS school or studio ; what he knows he has

WORK. BY A. L. BALDRY. a a learned in his own way, by constant

observation of nature and by assiduous

THE son of a Church of England practice in the technicalities of his craft,

parson, Mr. Burleigh Bruhl was born and that he has done well what he set out

at Baghdad, where his father had an to do at the first is proved by the quality

official appointment at the time. He was of his achievement to-day and by the

England and, as has happened with fellow artists. 0 a a 0 a

many other artists, he did not adopt the Perhaps the best evidence of this

some years in an occupation much less dent of the British Water Colour Society,

congenial. Actually, he was nearly thirty the Old Dudley Art Society, and the

years of age before he began to study art Constable Sketching Club ; Vice-President

seriously or systematically, and his pro- of the Yarmouth Art Society and Vice-

fessional career, so far, has been a matter President, Demonstrator and Critic of

of only some twenty years. 0 0 the Toynbee Hall Art Society, and a

he has established himself as a painter Artists, the Royal Cambrian Academy,

of marked accomplishment and as a man the Liverpool Academy, and the London

of considerable authority in artistic affairs. Sketch Club. He is represented in a