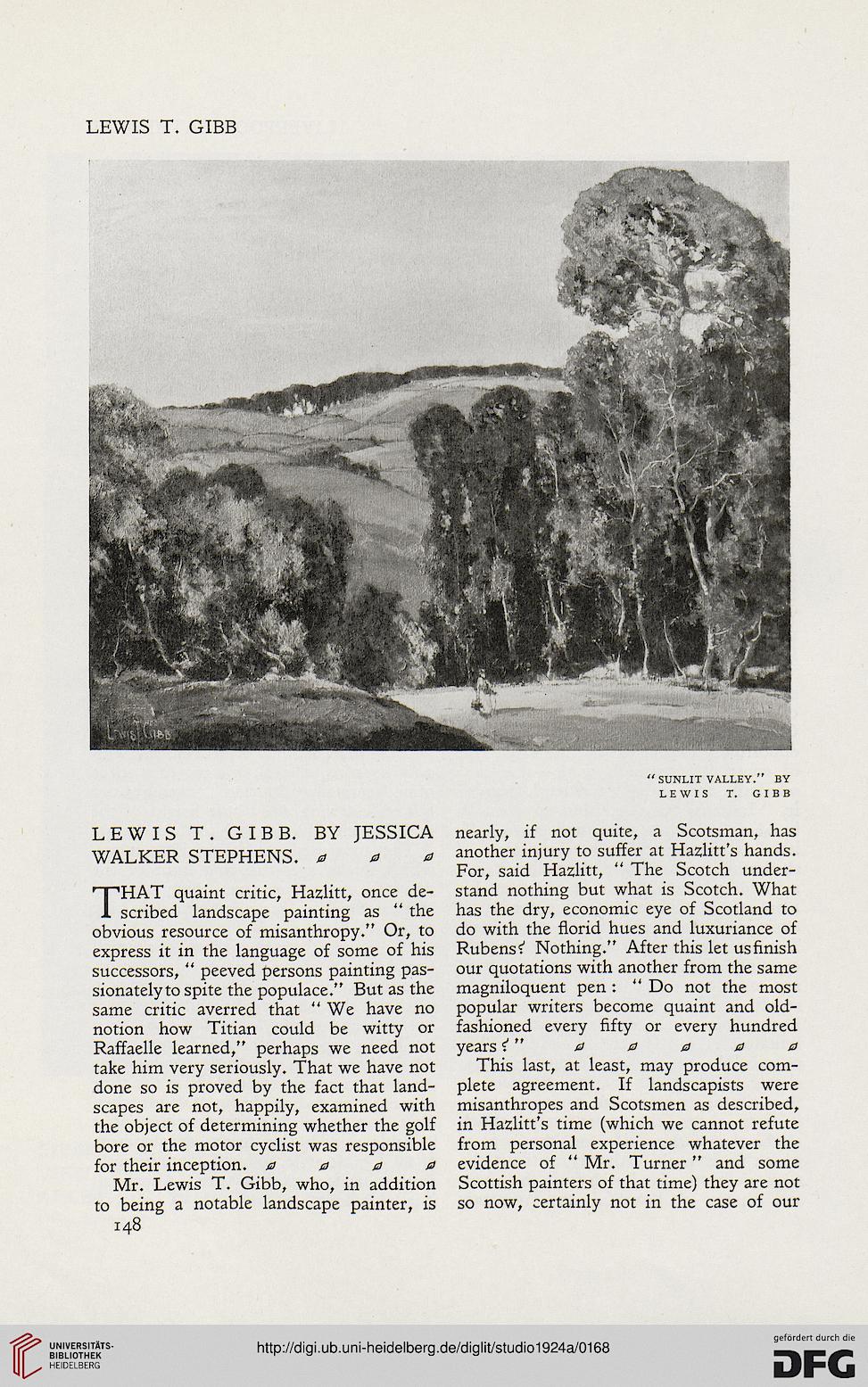 THAT quaint critic, Hazlitt, once de-
scribed landscape painting as " the
obvious resource of misanthropy." Or, to
express it in the language of some of his
successors, " peeved persons painting pas-
sionately to spite the populace." But as the
same critic averred that " We have no
notion how Titian could be witty or
Raffaelle learned," perhaps we need not
take him very seriously. That we have not
done so is proved by the fact that land-
scapes are not, happily, examined with
the object of determining whether the golf
bore or the motor cyclist was responsible
for their inception. 0000
Mr. Lewis T. Gibb, who, in addition
to being a notable landscape painter, is
148

nearly, if not quite, a Scotsman, has
another injury to suffer at Hazlitt's hands.
For, said Hazlitt, " The Scotch under-
stand nothing but what is Scotch. What
has the dry, economic eye of Scotland to
do with the florid hues and luxuriance of
Rubens?1 Nothing." After this let usfinish
our quotations with another from the same
magniloquent pen : " Do not the most
popular writers become quaint and old-
fashioned every fifty or every hundred
years i" 0 0 0 0 0
This last, at least, may produce com-
plete agreement. If landscapists were
misanthropes and Scotsmen as described,
in Hazlitt's time (which we cannot refute
from personal experience whatever the
evidence of " Mr. Turner" and some
Scottish painters of that time) they are not
so now, certainly not in the case of our