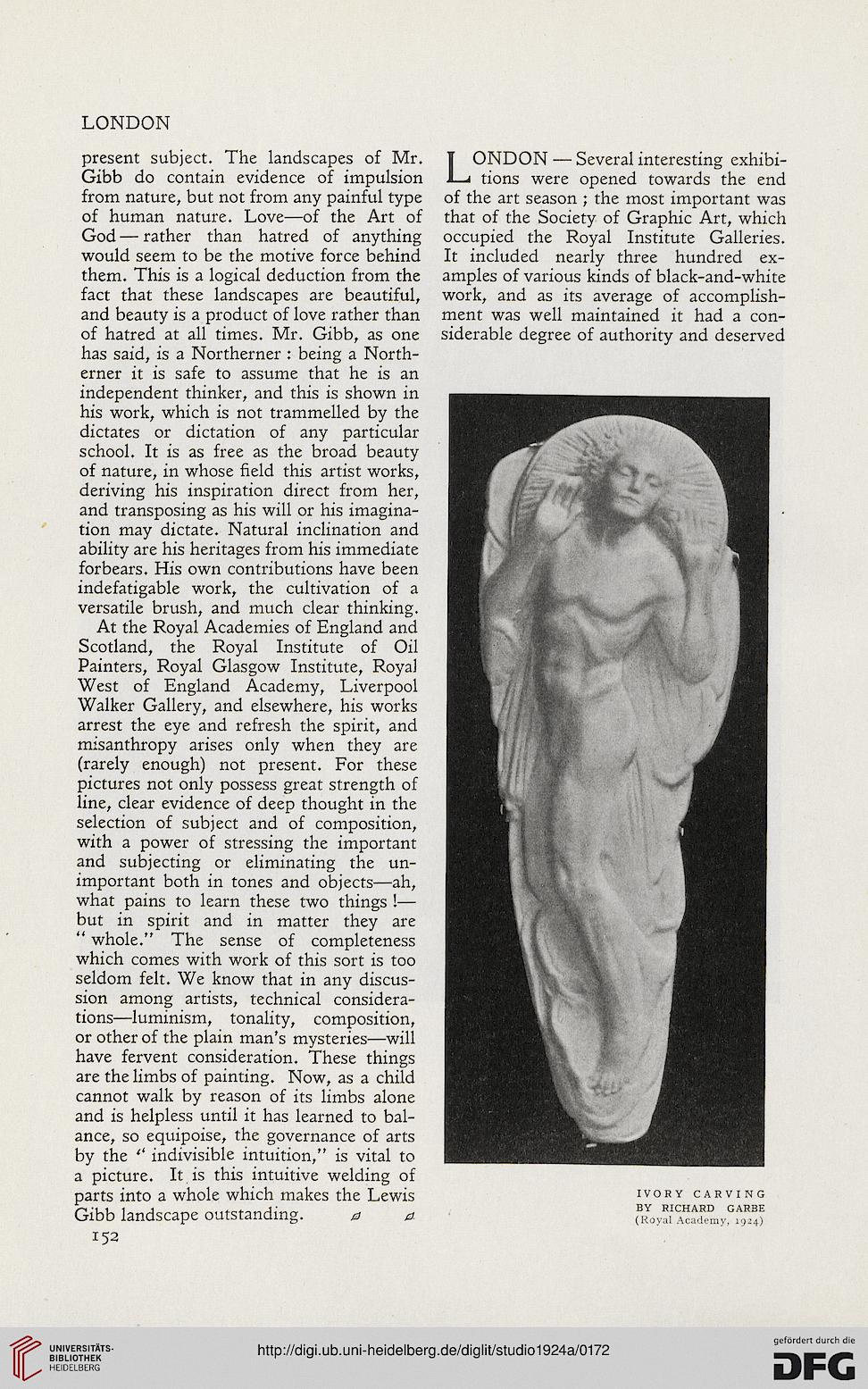 present subject. The landscapes of Mr.
Gibb do contain evidence of impulsion
from nature, but not from any painful type
of human nature. Love—of the Art of
God — rather than hatred of anything
would seem to be the motive force behind
them. This is a logical deduction from the
fact that these landscapes are beautiful,
and beauty is a product of love rather than
of hatred at all times. Mr. Gibb, as one
has said, is a Northerner : being a North-
erner it is safe to assume that he is an
independent thinker, and this is shown in
his work, which is not trammelled by the
dictates or dictation of any particular
school. It is as free as the broad beauty
of nature, in whose field this artist works,
deriving his inspiration direct from her,
and transposing as his will or his imagina-
tion may dictate. Natural inclination and
ability are his heritages from his immediate
forbears. His own contributions have been
indefatigable work, the cultivation of a
versatile brush, and much clear thinking.

At the Royal Academies of England and
Scotland, the Royal Institute of Oil
Painters, Royal Glasgow Institute, Royal
West of England Academy, Liverpool
Walker Gallery, and elsewhere, his works
arrest the eye and refresh the spirit, and
misanthropy arises only when they are
(rarely enough) not present. For these
pictures not only possess great strength of
line, clear evidence of deep thought in the
selection of subject and of composition,
with a power of stressing the important
and subjecting or eliminating the un-
important both in tones and objects—ah,
what pains to learn these two things !—
but in spirit and in matter they are
" whole." The sense of completeness
which comes with work of this sort is too
seldom felt. We know that in any discus-
sion among artists, technical considera-
tions—luminism, tonality, composition,
or other of the plain man's mysteries—will
have fervent consideration. These things
are the limbs of painting. Now, as a child
cannot walk by reason of its limbs alone
and is helpless until it has learned to bal-
ance, so equipoise, the governance of arts
by the indivisible intuition," is vital to
a picture. It is this intuitive welding of
parts into a whole which makes the Lewis
Gibb landscape outstanding. a a

LONDON — Several interesting exhibi-
tions were opened towards the end
of the art season ; the most important was
that of the Society of Graphic Art, which
occupied the Royal Institute Galleries.
It included nearly three hundred ex-
amples of various kinds of black-and-white
work, and as its average of accomplish-
ment was well maintained it had a con-
siderable degree of authority and deserved