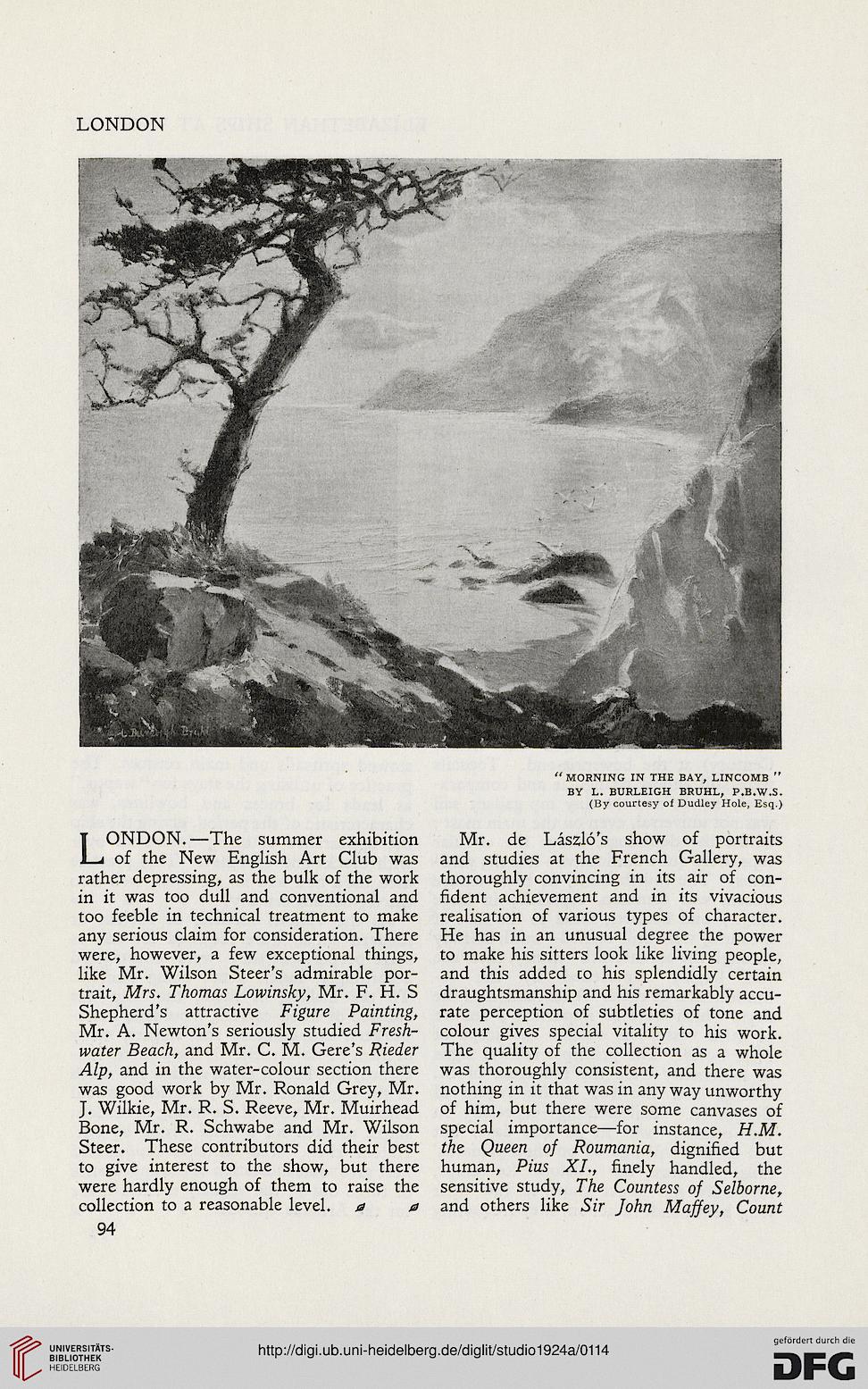 (By courtesy of Dudley Hole, Esq.)

LONDON.—The summer exhibition Mr. de Laszlo's show of portraits
of the New English Art Club was and studies at the French Gallery, was
rather depressing, as the bulk of the work thoroughly convincing in its air of con-
in it was too dull and conventional and fident achievement and in its vivacious
too feeble in technical treatment to make realisation of various types of character,
any serious claim for consideration. There He has in an unusual deg ree the power
were, however, a few exceptional things, to make his sitters look like living people,
like Mr. Wilson Steer's admirable por- and this added co his splendidly certain
trait, Mrs. Thomas Lowinsky, Mr. F. H. S draughtsmanship and his remarkably accu-
Shepherd's attractive Figure Painting, rate perception of subtleties of tone and
Mr. A. Newton's seriously studied Fresh- colour gives special vitality to his work.
water Beach, and Mr. C. M. Gere's Rieder The quality of the collection as a whole
Alp, and in the water-colour section there was thoroughly consistent, and there was
was good work by Mr. Ronald Grey, Mr. nothing in it that was in any way unworthy
J. Wilkie, Mr. R. S. Reeve, Mr. Muirhead of him, but there were some canvases of
Bone, Mr. R. Schwabe and Mr. Wilson special importance—for instance, H.M.
Steer. These contributors did their best the. Queen of Roumania, dignified but
to give interest to the show, but there human, Pius XL, finely handled, the
were hardly enough of them to raise the sensitive study, The Countess of Selborne,
collection to a reasonable level, a a and others like Sir John Maffey, Count
94