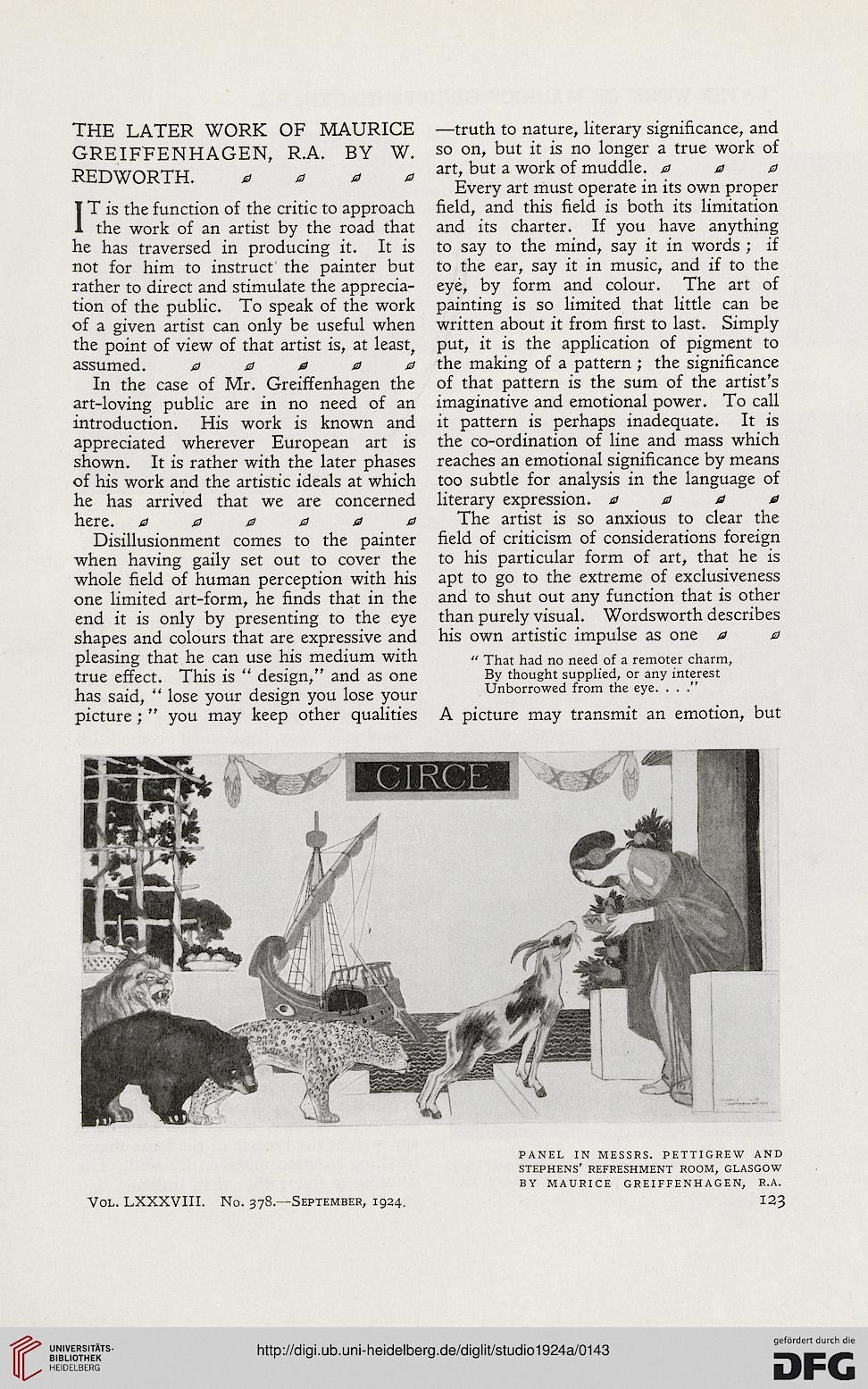 IT is the function of the critic to approach
the work of an artist by the road that
he has traversed in producing it. It is
not for him to instruct the painter but
rather to direct and stimulate the apprecia-
tion of the public. To speak of the work
of a given artist can only be useful when
the point of view of that artist is, at least,
assumed. 00000
In the case of Mr. Greiffenhagen the
art-loving public are in no need of an
introduction. His work is known and
appreciated wherever European art is
shown. It is rather with the later phases
of his work and the artistic ideals at which
he has arrived that we are concerned
here. 000000
Disillusionment comes to the painter
when having gaily set out to cover the
whole field of human perception with his
one limited art-form, he finds that in the
end it is only by presenting to the eye
shapes and colours that are expressive and
pleasing that he can use his medium with
true effect. This is " design," and as one
has said, " lose your design you lose your
picture ; " you may keep other qualities

—truth to nature, literary significance, and
so on, but it is no longer a true work of
art, but a work of muddle. 000

Every art must operate in its own proper
field, and this field is both its limitation
and its charter. If you have anything
to say to the mind, say it in words ; if
to the ear, say it in music, and if to the
eye, by form and colour. The art of
painting is so limited that little can be
written about it from first to last. Simply
put, it is the application of pigment to
the making of a pattern ; the significance
of that pattern is the sum of the artist's
imaginative and emotional power. To call
it pattern is perhaps inadequate. It is
the co-ordination of line and mass which
reaches an emotional significance by means
too subtle for analysis in the language of
literary expression. 0000

The artist is so anxious to clear the
field of criticism of considerations foreign
to his particular form of art, that he is
apt to go to the extreme of exclusiveness
and to shut out any function that is other
than purely visual. Wordsworth describes
his own artistic impulse as one 0 0

" That had no need of a remoter charm,
By thought supplied, or any interest
Unborrowed from the eye. . . ."

A picture may transmit an emotion, but