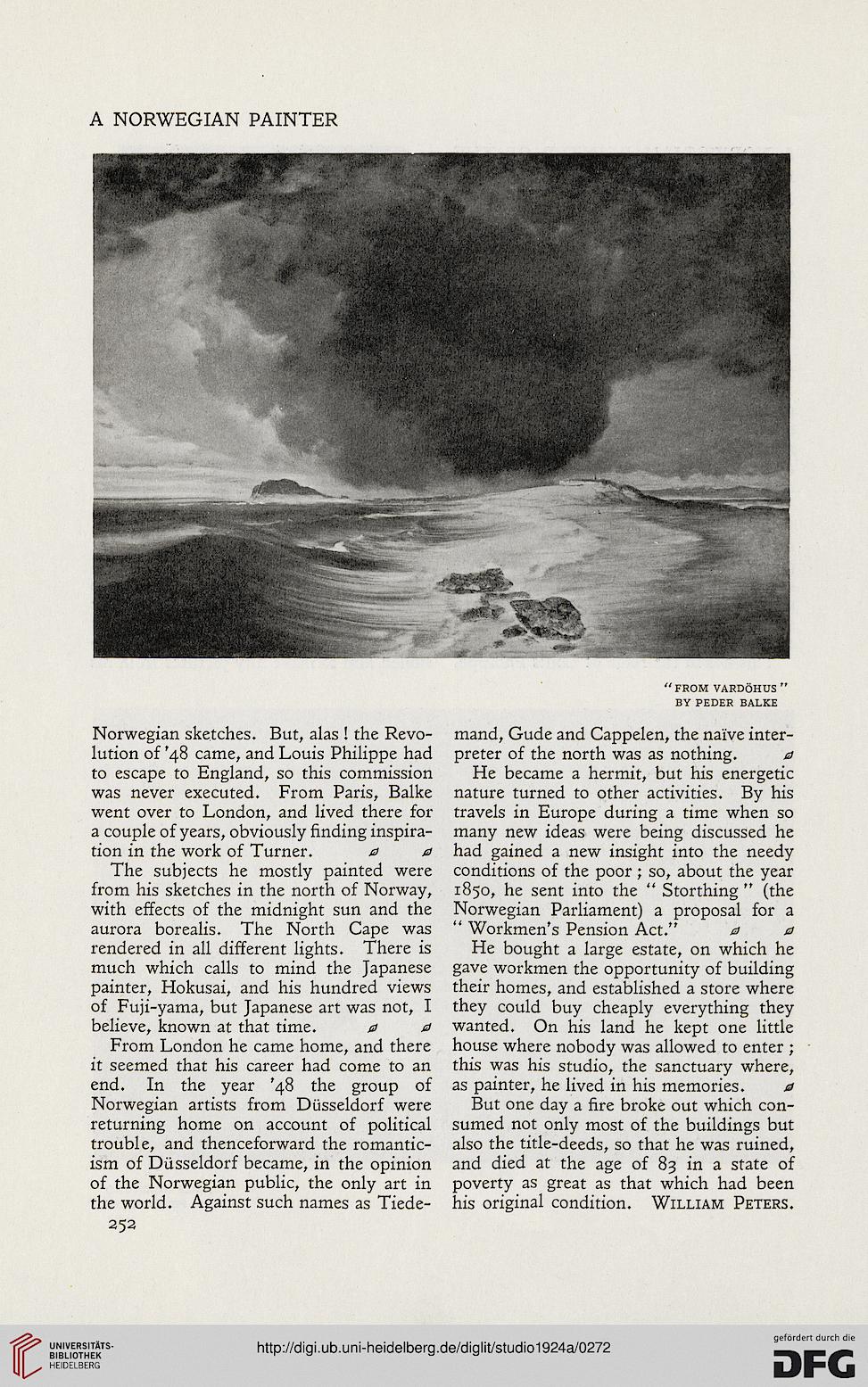 "FROM VARDOHUS "
BY PEDER BALKE

Norwegian sketches. But, alas ! the Revo- mand, Gude and Cappelen, the naive inter-

lution of '48 came, and Louis Philippe had preter of the north was as nothing. a

to escape to England, so this commission He became a hermit, but his energetic

was never executed. From Paris, Balke nature turned to other activities. By his

went over to London, and lived there for travels in Europe during a time when so

a couple of years, obviously finding inspira- many new ideas were being discussed he

tion in the work of Turner. a a had gained a new insight into the needy

The subjects he mostly painted were conditions of the poor ; so, about the year

rendered in all different lights. There is He bought a large estate, on which he

painter, Hokusai, and his hundred views their homes, and established a store where

of Fuji-yama, but Japanese art was not, I they could buy cheaply everything they

believe, known at that time. a a wanted. On his land he kept one little

From London he came home, and there house where nobody was allowed to enter ;
it seemed that his career had come to an this was his studio, the sanctuary where,
end. In the year '48 the group of as painter, he lived in his memories. a
Norwegian artists from Dusseldorf were But one day a fire broke out which con-
returning home on account of political sumed not only most of the buildings but
trouble, and thenceforward the romantic- also the title-deeds, so that he was ruined,
ism of Dusseldorf became, in the opinion and died at the age of 83 in a state of
of the Norwegian public, the only art in poverty as great as that which had been
the world. Against such names as Tiede- his original condition. William Peters.