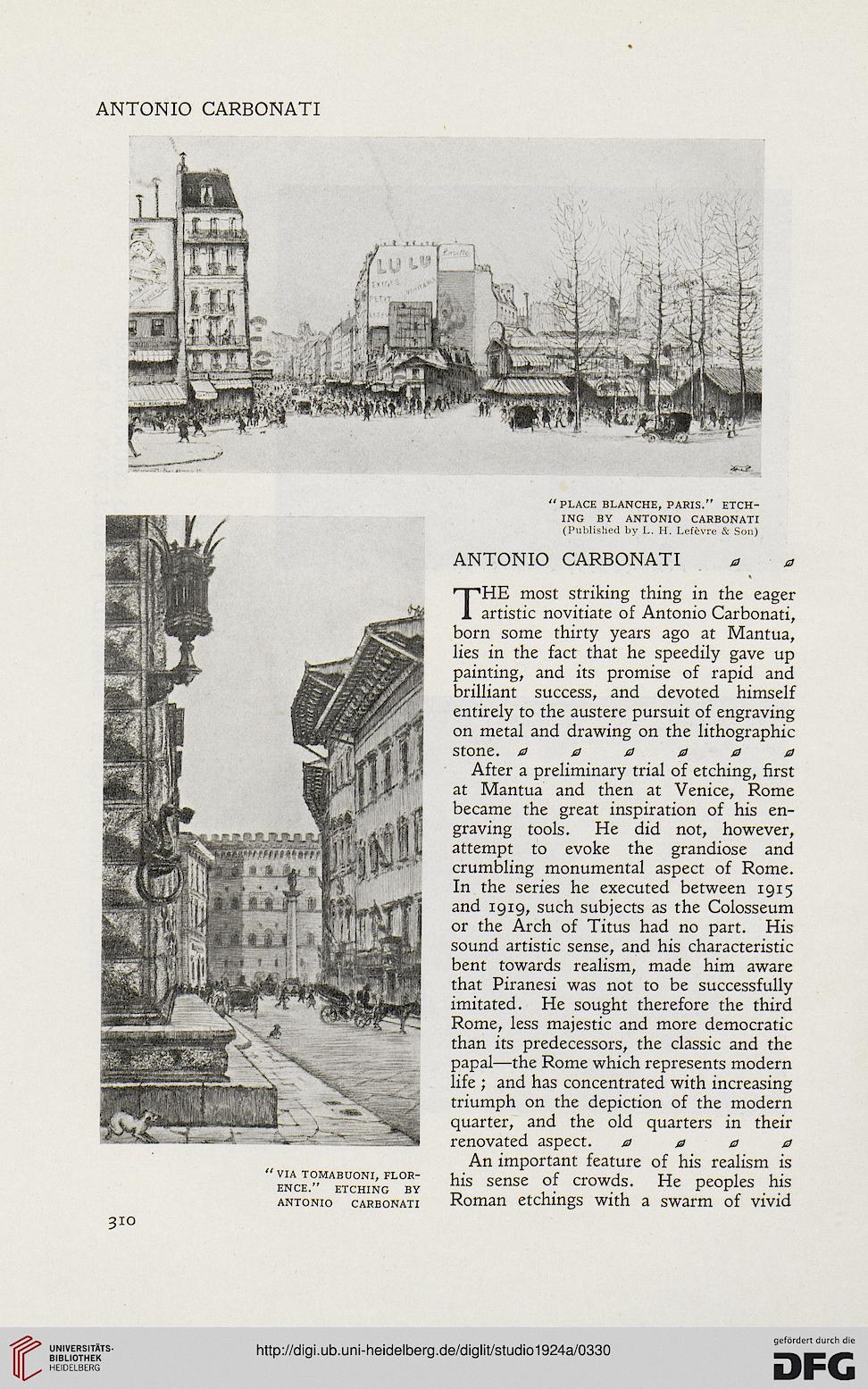 THE most striking thing in the eager
artistic novitiate of Antonio Carbonati,
born some thirty years ago at Mantua,
lies in the fact that he speedily gave up
painting, and its promise of rapid and
brilliant success, and devoted himself
entirely to the austere pursuit of engraving
on metal and drawing on the lithographic
stone, a a a a a a
After a preliminary trial of etching, first
at Mantua and then at Venice, Rome
became the great inspiration of his en-
graving tools. He did not, however,
attempt to evoke the grandiose and
crumbling monumental aspect of Rome.
In the series he executed between 1915
and 1919, such subjects as the Colosseum
or the Arch of Titus had no part. His
sound artistic sense, and his characteristic
bent towards realism, made him aware
that Piranesi was not to be successfully
imitated. He sought therefore the third
Rome, less majestic and more democratic
than its predecessors, the classic and the
papal—the Rome which represents modern
life ; and has concentrated with increasing
triumph on the depiction of the modern
quarter, and the old quarters in their
renovated aspect. a a a a
An important feature of his realism is
!'aj?,mabu0ni'FL0R" his sense of crowds. He peoples his

antonio carbonati Roman etchings with a swarm of vivid