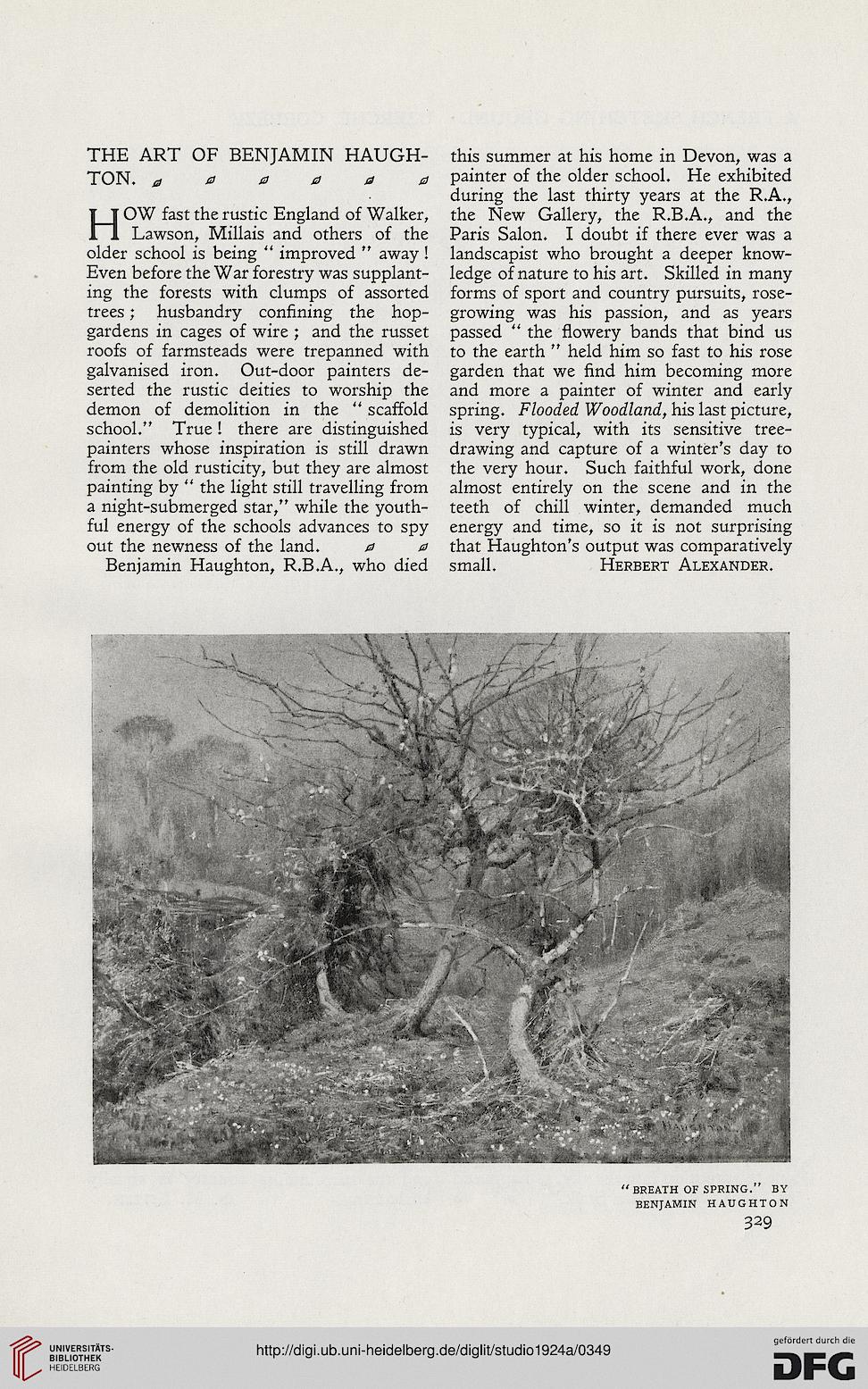 Information about OCR text
THE ART OF BENJAMIN HAUGH-
TON. a a 0 0 a 0

HOW fast the rustic England of Walker,
Lawson, Millais and others of the
older school is being " improved " away !
Even before the War forestry was supplant-
ing the forests with clumps of assorted
trees; husbandry confining the hop-
gardens in cages of wire ; and the russet
roofs of farmsteads were trepanned with
galvanised iron. Out-door painters de-
serted the rustic deities to worship the
demon of demolition in the " scaffold
school." True! there are distinguished
painters whose inspiration is still drawn
from the old rusticity, but they are almost
painting by " the light still travelling from
a night-submerged star," while the youth-
ful energy of the schools advances to spy
out the newness of the land. 0 0
Benjamin Haughton, R.B.A., who died

this summer at his home in Devon, was a
painter of the older school. He exhibited
during the last thirty years at the R.A.,
the New Gallery, the R.B.A., and the
Paris Salon. I doubt if there ever was a
landscapist who brought a deeper know-
ledge of nature to his art. Skilled in many
forms of sport and country pursuits, rose-
growing was his passion, and as years
passed " the flowery bands that bind us
to the earth " held him so fast to his rose
garden that we find him becoming more
and more a painter of winter and early
spring. Flooded Woodland, his last picture,
is very typical, with its sensitive tree-
drawing and capture of a winter's day to
the very hour. Such faithful work, done
almost entirely on the scene and in the
teeth of chill winter, demanded much
energy and time, so it is not surprising
that Haughton's output was comparatively
small. Herbert Alexander.