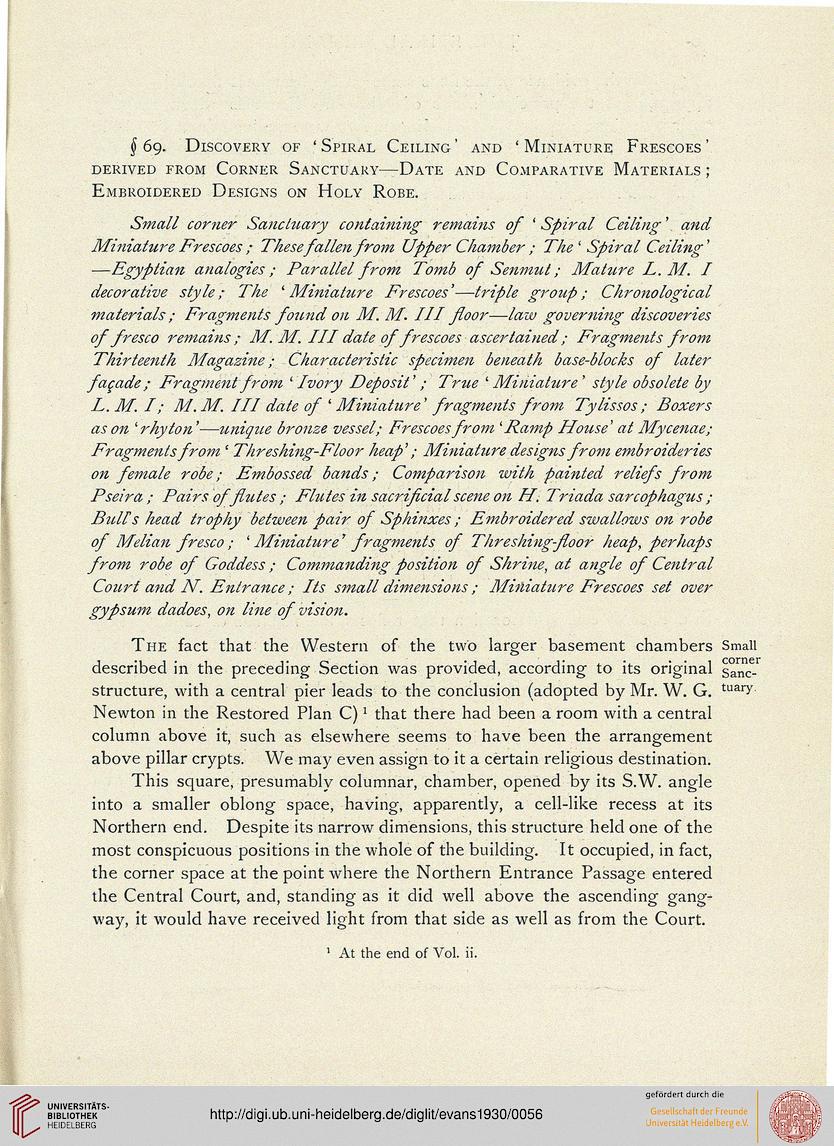 The fact that the Western of the two larger basement chambers Small
described in the preceding Section was provided, according to its original Sanc.
structure, with a central pier leads to the conclusion (adopted by Mr. W. G. iaaiY-
Newton in the Restored Plan C)' that there had been a room with a central
column above it, such as elsewhere seems to have been the arrangement
above pillar crypts. We may even assign to it a certain religious destination.

This square, presumably columnar, chamber, opened by its S.W. angle
into a smaller oblong space, having, apparently, a cell-like recess at its
Northern end. Despite its narrow dimensions, this structure held one of the
most conspicuous positions in the whole of the building. It occupied, in fact,
the corner space at the point where the Northern Entrance Passage entered
the Central Court, and, standing as it did well above the ascending gang-
way, it would have received light from that side as well as from the Court.